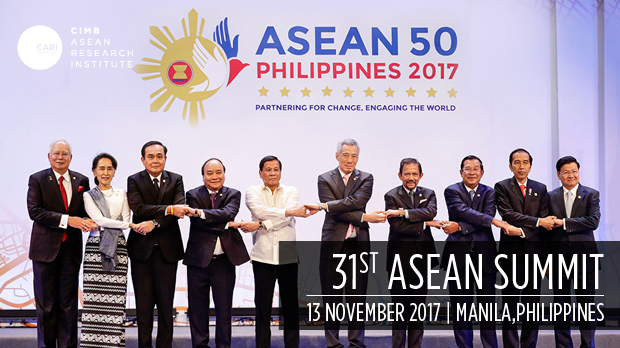 The 31st ASEAN Summit in Manila on 13 November 2017 under the Chairmanship of the Republic of the Philippines had the theme of “Partnering for Change, Engaging the World,” which envisions an integrated, peaceful, stable and resilient ASEAN Community.

The Philippines has selected six thematic priorities to implement for its year as ASEAN Chair:

Appointment of the New Secretary-General of ASEAN