The Impact of BRI on Trade and Investment in ASEAN

On the other hand, ASEAN Member States regard the BRI as an avenue to improve connectivity with infrastructure development which will increase trade and investment in the region through improved logistics. Hence, ASEAN Member States, in collaboration with Chinese entities (construction companies and funding agencies) are developing infrastructure projects, mainly through joint ventures.

ASEAN requires improved infrastructure to drive economic growth through increased trade, investment, competitiveness, and connectivity in the region and with the rest of the world. The ASEAN Development Bank (ADB) estimates that the total infrastructure investment needs in ASEAN from 2016 to 2030 will be between US$2.8tr (baseline estimate) and US$3.1tr (climate-adjusted estimate).2 These infrastructure needs are important to support the increasing amount of ASEAN trade, with total merchandise trade increased from US$4tr in 2010 to US$5tr 2017.3 The total merchandise trade is expected to increase as ASEAN grows from the sixth largest economy in the world to the fourth largest economy in the world by the year 2050, with an annual expected GDP growth of 5.25% between 2016 and 2020.4

Source: Author tabulates the Table based on the data from the Center for Strategic and International Studies and Nikkei, Is China’s Belt and Road Working? A progress report from eight countries Beijing’s infrastructure push clouded by project delays and mounting debt, 28 March 2018. 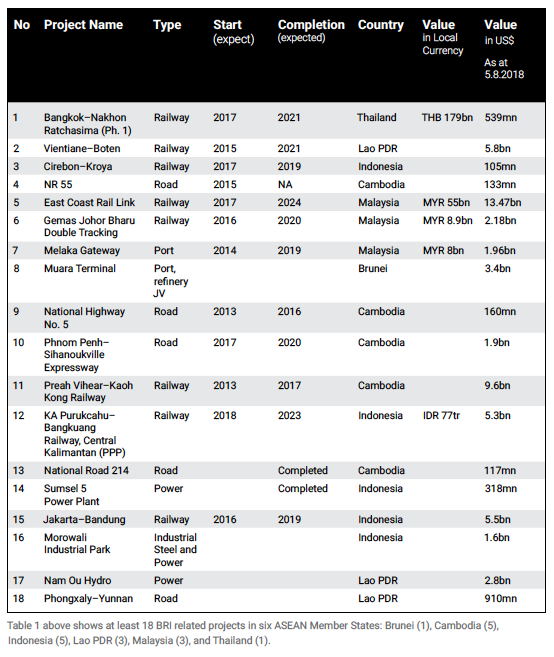 Most of the BRI projects in ASEAN Member States initiated since 2013, shown in Table 1, involved railway, roads and power projects.

A few BRI related projects are under review, either to be cancelled or re-negotiated. They include the Jakarta Monorail Project,5 valued at US$1.5bn and the ECRL Project in Malaysia, which has been subject to a suspension order pending further negotiations between China and Malaysia’s new government. Further, the Jakarta-Bandung Railway project is under threat, mainly due to the delay in the release of loan from the China Development Bank.6

Most of the BRI projects are developed through joint ventures (JV) between an ASEAN host country entity and a Chinese entity, with financing from China’s linked financial organisations.7

These JVs carry out their projects under concessions, i.e. the permission of the local government, or direct government procurement. Such concession projects include the Muara Container Terminal and Oil Refinery Project in Brunei, the Melaka Gateway Project in Melaka, Malaysia, and the Jakarta-Bandung Railway and the Morowali Industrial Park in Indonesia. Examples of government procurement projects include the ECRL and Gemas-Johor Bharu railways in Malaysia, and the Lao PDR’s Vientiane-Boten Railway.

Upon the completion of the BRI, export of goods from continental ASEAN into China and Europe will be facilitated by the land bridges being built in Laos and Malaysia such as the Vientiane–Boten Railway, ECRL and Gemas–Johor Bharu, Phongxaly–Yunnan projects.

The completion of the “last mile”, Vientiane to Kunming, will connect ASEAN to its main global partners, alleviating the needs to rely on the sea route to reach certain parts of China, Central Asia, Russia, and Eastern Europe. The ECRL project, although mainly conceived as part of domestic connectivity, will act as the land bridge between South China Sea Port of Kuantan to the Klang Port in the Straits of Malacca, thus reducing the need for vessels to travel through the busy Straits of Singapore.

China’s FDI inflows into ASEAN have been growing from about US$3.5bn in 2010 to about US$11.3bn in 2017.8 Based on a study by the Heritage Foundation, China’s focus has also been shifting from energy into infrastructure, real estate, and other sectors.9

Looking at the construction sector, China’s FDI inflow into ASEAN has been increasing from US$197.19mn in 2014 to US$719.50mn in 2017 (Figure 1). Further increase in FDI inflows will be seen upon the completion of several projects such as Muara Terminal Project in Brunei (US$ 3.4bn, unknown completion date), the Melaka Gateway Project (RM8bn/US$2bn, due to be completed by 2019), and the Morowali Industrial Park in Indonesia (US$1.6bn, with no indication of the start and completion date).

Completion of BRI projects will also mean ASEAN will be able to increase investment in the logistics sector. This could contribute towards spill-over effects in the economy through other investments, such as manufacturing, oil and gas, mining and quarrying and agriculture. The completion of the BRI will plug the investment gaps in infrastructure, which if not addressed, will have a negative impact on the overall economic growth in ASEAN.10

Impact on Trade in Goods 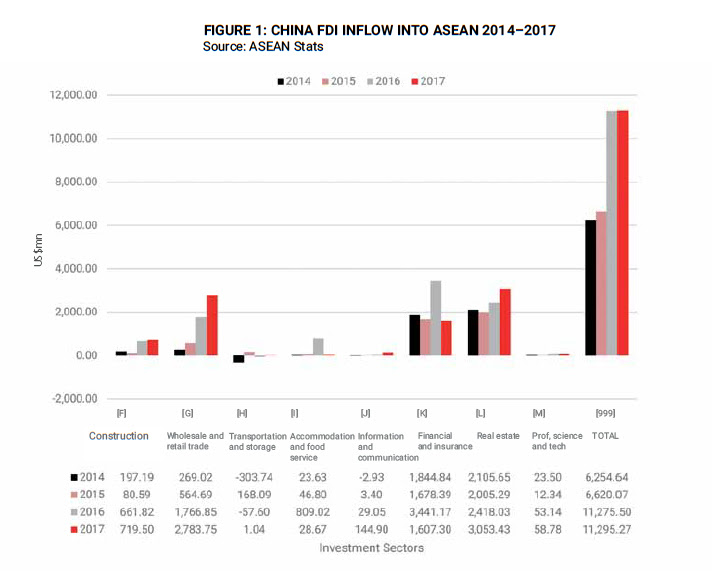 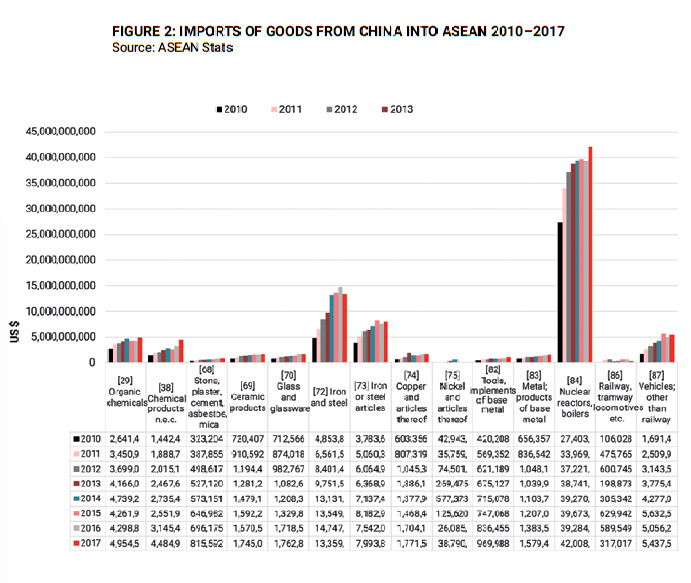 Since 2010, importation of construction related products from China into ASEAN such as chemical products, ceramic products, glassware, iron and steel and its related articles, copper and articles, tools, metal products, and boilers have been on an increasing trend. On the other hand, it is possible that importation of some of the products will reduce once BRI projects are fully completed. Rather, there could be an increase in the imports and exports of the intermediate goods, both from ASEAN into China and to the world and from China into ASEAN. This would be able to assist ASEAN to address the trade in goods imbalance between ASEAN and China. Figure 3 (next page) shows ASEAN bilateral trade with China continues to grow in favour of China between 2010 and 2017. However, there is already narrowing of gaps between ASEAN exports to and imports from China in 2017.

Trade in Services (ASEAN with the world)

Between 2014 and 2016, ASEAN trade in services with the world has shown an increase in import of services in the sub-sectors related to the BRI projects as shown in Figure 4 (page 17).

ASEAN has been importing construction services, ranging from US$6.2bn in 2014 to US$5.4bn in 2016. China’s exports of services into ASEAN increased from US$161bn to US$657bn, whereas, for ASEAN, it rose from US$252bn to US$643bn.11 China has mainly been exporting engineering and labour services to ASEAN and imports transport, financial and construction services from ASEAN countries.

The BRI may change the balance in favour of China with more export of construction services and related financial services into ASEAN. It can be assumed that ASEAN Member States will import more financial services to help finance the infrastructure projects, based on the projected numbers shown in Table 1 (page 11).

As most of the currently active BRI projects began after 2016, any major increase in the exports of services from China to ASEAN won’t be seen until the final 2018 figures at the earliest. Upon completion of the BRI projects, it is expected that some ASEAN Member States may see an increase in the export of transportation and travel services, especially in tourism, through the BRI completed infrastructure projects.

China’s investments in BRI projects provide an avenue for ASEAN and its Member States to overcome the problem of inadequate infrastructure, which is a major obstacle for both short-term and long-term ASEAN economic growth. BRI projects, coupled with internationally sourced financing including from China, helps to increase the much needed investment in infrastructure projects in ASEAN. BRI projects will also assist ASEAN and its Member States to draw investments into productive sectors such as manufacturing, energy and services.

However, BRI projects could also contribute to the trade imbalance between ASEAN and China. Trade in goods and services between ASEAN and China will continue to be in China’s favour. The importations of goods meant for construction of BRI projects will further contribute towards an imbalance in China’s favour, at least until the completion of BRI projects. Thereafter ASEAN should work to increase exports to China, to achieve greater balance in the trade of goods and services. 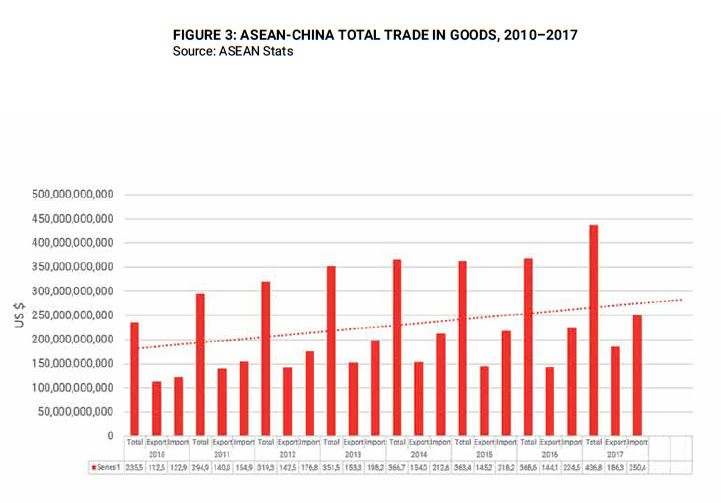 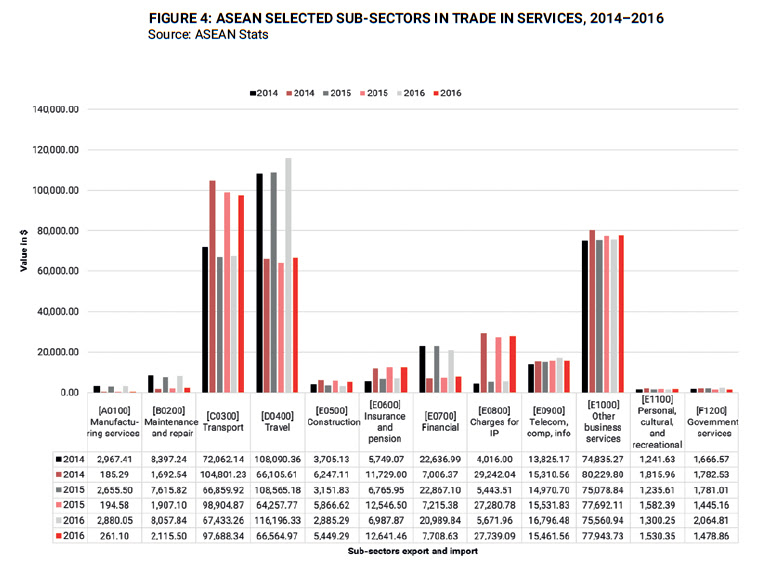 1 China, ‘Vision and actions on jointly building the Silk Road Economic Belt and 21st Century Maritime Silk Road’ document (March 28, 2015). ASEAN and China entered into a Memorandum of Understanding on Transport Cooperation in 2004 followed by the Strategic Plan for ASEAN-China Transport Cooperation 2106. ASEAN and China agreed to promote cross-border projects like the Singapore Kunming Rail Link, navigation in Lancang-Mekong River, the Port Cities Cooperation Network and Logistics Information Cooperation. China’s source of funding into ASEAN are mainly from the China-ASEAN Fund for Investment Cooperation, investing in ASEAN since 2010 and the Asian Infrastructure Investment Bank (AIIB). Indonesia tops the list in receiving such funds, followed by the Philippines and Myanmar.

5 Center for Strategic and International Studies. 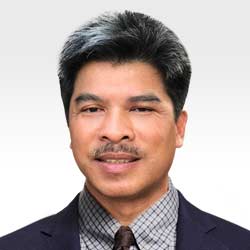 Prof. Dr. Suffian Jusoh is Director of the Institute of Malaysian and International Studies (IKMAS), Universiti Kebangsaan Malaysia. Sufian is also a Senior Fellow at the CIMB ASEAN Research Institute. He is a co-founder of the ASEAN Economic Integration Forum and retains his affiliation at the World Trade Institute, Switzerland and the World Bank Group.