The BRI as China’s ‘manifest destiny’? A Thai perspective

No national project of global reach carries as much stake and attracts as much attention as China’s BRI. Conceived in 2013, BRI is the colossal brainchild of President Xi Jinping and his government. If realised as planned, BRI would expand China’s footprints throughout the Eurasian landmass and through the high seas from China to eastern Africa. The grand project should be understood as a function and campaign of China’s quest for a return to the imperial glory it lost over the past couple of centuries.

Indeed, BRI harks back more than a thousand years when trade flourished along what was then called a ‘silk road’ that straddled the Middle Kingdom and the Western world. By the 14th century, what had become a vibrant overland trade between east and west was complemented by China’s maritime exploration under Admiral Zheng He. In conventional textbooks, the oceans and high seas are famously sailed and new lands discovered by Europeans during an ‘age of exploration.’ But in fact, the Chinese may well have done it all before, only to be subsequently colonised and subjugated, unable to have a say in how world history was to be written.

Such is the context of BRI. When President Xi ascended to power in 2012, he was faced with China’s growing greatness that had to be managed and sustained. Maintaining growth and stability at home in the face of eventual saturation and diminishing returns meant having to find markets and projects abroad. In September 2013, President Xi announced the ‘Silk Road Economic Belt’ (SREB) in Kazakhstan, coupled a month later with his watershed speech in Indonesia for a ‘21st Century Maritime Silk Road’ (MSR). Since then both the overland belt and the maritime road have become front and centre in international affairs, thereby shaping China’s geopolitical and geoeconomic engagements.

On the face of it, BRI is a natural offshoot of China’s breakneck growth at home. After three decades of phenomenal annual growth, in double digits for many years, overcapacity issues beset the Chinese economy, as growth slowed to a 6% range. China’s huge internal market became insufficient. Its huge state-owned enterprise sector was particularly vulnerable to economic slowdown. Growth symptoms, such as urbanisation, consumerism and urban-rural inequality, became conspicuous and alarming. The only way forward was to make the world China’s ultimate market. As its trade and investment with the outside world rapidly expanded, China has become a major locomotive for global economic growth. For Southeast Asia, for instance, China now stands as the largest trade and investment partner, displacing the United States, Japan, and the European Union, which were dominant just 25 years ago.

But BRI is designed for much more than addressing overcapacity at home. China wants to increase its economic and financial power by promoting its currency unit, the renminbi (RMB), as a global reserve currency. That the RMB is now part of the International Monetary Fund’s Special Drawing Rights basket of leading currencies testifies to China’s financial ambition. China’s pursuit of a global currency role is to overcome what the late Susan Strange, who taught at the London School of Economics, called the United States’ ‘structural power’ rooted in the mighty dollar as currency of first and last resort.

Yet in recent years, the RMB has faced uphill tasks in trying to become a global currency. According to People’s Bank of China’s data, the RMB was the 5th most used payment currency in the world in 2016 and 8th in global foreign exchange transactions. Only 29% of China’s trade was settled in its own currency, and only 10% of China’s outward direct investment was transacted in RMB. The RMB’s cross-border role peaked in 2015 but has been on the decline since, owing to fears of depreciation, let alone devaluation by China’s authoritarian capitalist government. To make the RMB a global currency requires China’s ability to promote global capital mobilisation in its own currency to foreign entities.

This is where the BRI comes in. Already, BRI is backed by considerable financial muscle. Loans worth some US$30bn have been agreed by China Development Bank, another US$80bn from its Export-Import Bank, with commitments through China’s Asian Infrastructure Investment Bank for another US$30bn and New Development Bank for US$20bn. China’s Silk Road Fund provides another US$40bn in potential financing. All told, some US$900bn has been estimated for 60-odd countries involved with BRI in the coming years, covering more than 4bn people along the routes. Depending on timelines and varying estimates, the total amount in BRI-related infrastructure investments could come out anywhere between US$4tr and US$8tr.

Moreover, as a land power, China needs to secure its energy lifelines away from the seas, where US naval prowess remains immense and potentially threatening to Chinese interests. More than 80% of China’s crude oil and 30% of natural gas imports from the Middle East are shipped through the Straits of Malacca. If push comes to shove and the Straits are closed off, China would be crippled. The US is the only country with the maritime might through its naval forces that can dominate both the Indian and Pacific oceans at the same time, certainly more than any other major power could muster.

Unsurprisingly, China’s BRI projects, especially those with Pakistan, are intended as energy hedges against China’s maritime vulnerabilities. The China-Pakistan Economic Corridor has been estimated to be worth US$40bn. Working so closely with and investing so much in Pakistan has incurred India’s ire and local resentment but China sees the risks as unavoidable.

To be sure, China’s BRI has been met with multi-layered pushback. At the geostrategic level, the “Free and Open Indo-Pacific” (FOIP), supported by the US, Japan, Australia and India to a lesser extent, is geared to check China’s expansionist projects. So far, the FOIP still lacks concrete vision, programmes, and resources, but it is now codified as the US’ main strategy for its engagement with Asia. With the US’ full backing, the FOIP is likely to gain more traction.

Some of the recipient countries of Chinese funding from Sri Lanka and Pakistan to Malaysia and Montenegro have become increasingly concerned over China’s undue leverage and potential “debt traps” for dependent developing countries. Suspicions among BRI-involved countries over Chinese objectives and methods are likely to intensify in the coming years.

Nevertheless, China now may see within its right and entitlement–its own version of ‘manifest destiny’ to regain its lost imperial glory by reasserting and reconstructing its ancient silk roads. This is analogous to the US’ rationalisation for continental expansion in the early 19th century. Neither denying China’s historical role nor appeasing its expansionist claims and aims is the way to go. Engaging and enticing China to make its BRI and financing vehicles, such as the AIIB, consistent and compatible with the hitherto rules-based international order is the only effective and workable way to allow and enable China to regain some but perhaps not all of its past greatness and glory.

When it comes to mainland Southeast Asia, BRI pathways do not apply directly. While Vietnam is located near the MSR, Cambodia, Laos, Myanmar, and Thailand–the CLMT group of countries in mainland Southeast Asia–are to be connected to the SREB through two of the clutch of corridor linkages, such as the China-Pakistan Economic Corridor. One corridor is to connect Yunnan in southern China to a port in Kyaukpyu in Myanmar’s southwest region in Rakhine state by a railway. Owing to Myanmar’s terrain and internal conflicts, the Yunnan-Kyaukpyu corridor has made little headway.

The other is to build a rail link from Yunnan to Vientiane in Laos, before crossing the Mekong River and connecting with Nong Khai province in Thailand’s northeast region. From Nong Khai, the railway would continue all the way through Nakorn Ratchasima province to Bangkok and the Gulf of Thailand. Land-locked Laos has taken a US$5.9bn loan from China’s Export-Import Bank for the railway construction over five years until 2021, when construction is planned for completion. This rail project in Laos is making progress and on course so far but its overall cost is more than half of the country’s GDP, with Laos holding only 30% of the company that was set up to carry out the concession.

On the other side, Thailand’s portion of the rail connection from Yunnan through Vientiane has faced delays because of domestic politics. The military government of Prime Minister Prayut Chan-o-cha initially went head over heels for Chinese support after seizing power in a military coup in May 2014. But after China’s tough conditions for the rail project, including rights over land use and imports of Chinese workers as well as relatively high interest rate, the Prayut government dithered. Partly as a result, Prayut was one of three ASEAN leaders not invited to the major BRI forum in Beijing in May 2017.

If not overly enthusiastic, Thailand’s economic policy planners and government leaders remain supportive of BRI, although there are local concerns about a potential debt trap and a raw deal with disadvantageous terms. The military government has sought, like its neighbours such as Malaysia, to balance Japan’s similar interest in regional infrastructure development vis-à-vis China’s. The Thai government, in principle, has agreed to allow Japan to build an east-west railway across the central region to connect horizontally with Laos and Vietnam, but this plan remains under a feasibility study phase.

With an eye towards returning to power after an election in 2019, the Thai military government has tried to blend its cornerstone ‘Thailand 4.0’ development strategy, with its Eastern Economic Corridor (EEC), with BRI. With potential investments upwards to US$50bn, The EEC is a special economic zone focusing on new industries, such as next-generation cars, smart electronics, affluent medical and wellness tourism, digital and medical services, robotics, aviation, biofuels, bio-chemicals, among other ‘S-curve’ niches.

Most conspicuous is the renewed interest in Thailand’s ancient but alluring elephant project–a canal across the Kra Isthmus in southern Thailand, connecting the Andaman Sea and the Gulf of Thailand against the backdrop of a second passage between the Indian and Pacific oceans. If built, the multibillion dollar canal would reduce shipping distance through the Malacca Straits by 1,200 kilometres. It would provide a new and strategic channel of trade and transport to China and Japan, with far-reaching geopolitical implications. Thailand’s role would rise but it may undercut Singapore’s status as the region’s maritime hub. As a consequence, ASEAN unity and centrality may be further undermined.

The Kra Canal through southern Thailand would also pose domestic conflicts. The Thai mindset is glued to a unitary state and geographical setup after past decades of territorial concessions to Britain and France. Cutting through Thailand’s southern peninsula and putting a canal in its place would also bear ramifications for the virulent Malay-Muslim insurgency in southernmost border provinces. Despite periodic interest in public discourse, the domestic wherewithal among the populace and officials has been seen as sufficient to make the Kra Canal happen. But now Thailand has a new reign under King Maha Vajiralongkorn, after seven decades of a glorious era under King Bhumibol Adulyadej, and perhaps a new kind of politics will be in the offing. The Kra Canal has long been a nice dream but its realisation was just always too far away. It is now less inconceivable than in the past, possibly much like Suvarnabhumi Airport, Thailand’s main aviation gateway in Bangkok. For decades, Suvarnabhumi Airport was known merely as a swamp full of cobras.Eventually it did get built after years of dithering, incompetent governments, corruption, and other impediments. Market demand made it happen. If BRI can offer similar market demands, the Kra Canal could become Thailand’s most valuable and consequential brand to China’s grand enterprise. 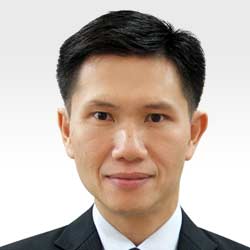 Dr. Thitinan Pongsudhirak is Director of the Institute of Security and International Studies (ISIS) and Associate Professor of International Political Economy at the Faculty of Political Science, Chulalongkorn University. He has authored and lectured on a wide range of articles, books and book chapters on Thailand’s politics, political economy, and foreign policy, and ASEAN and East Asian geopolitics and geoeconomics.