Southeast Asia’s security dilemma – How the west is responding

The Belt and Road Initiative (BRI) entails massive investments in infrastructure, including ports, roads and railways connections. Southeast Asia has become the main target so far of BRI’s investments. To protect its growing interests–and assets–in the area, China is now building artificial islands and installing military facilities in the South China Sea–a move that is increasing tensions with the ASEAN countries. China’s growing assertiveness in the area is also putting the United States and Europe’s economic interests at risk.2 More than one third of Europe’s and one fourth of US external trade goes through the Indo-Pacific region, and any escalation of tensions in the area will undoubtedly have a direct impact on the West.

China has recently stepped up territorial and maritime claims over large areas of the South China Sea. These claims are not only based on economic and security considerations, but also on national identity and the renewal of China’s past glories. President Xi Jinping’s reiteration of his vision of a ‘Chinese dream’, as most recently outlined during the 13th National People’s Congress held in Beijing in March 2018, reflects these efforts to rebrand China’s image and polish its credentials as a global actor.3

Xi’s closing speech at the 2018 National People’s Congress chimed with an increasingly assertive foreign policy, in particular when he cited China’s island-building campaign in the South China Sea as one of the key accomplishments of his Presidency. This implicitly linked his vision of a Chinese dream and the rejuvenation of the country with the idea of restoring the glory of the ancient times when China presided over a Sino-centric order in East Asia.

Chinese policymakers and senior People’s Liberation Army (PLA) officials have repeatedly asserted that the islands, shoals, and waters of the South China Sea are now a ‘core national interest’, alongside Tibet and Taiwan. This is much more than a Chinese version of America’s 19th century Monroe Doctrine (against European involvement in Latin America). It goes to the very heart of China’s national identity. For instance, in geography classes across the country, Chinese school children study maps of China’s territory including the entire South China Sea, where the ‘nine-dash line’ is clearly highlighted.4

The so-called ‘nine-dash line’ is the border drawn around what China considers to be its sovereign rights in the South China Sea. It includes the islands, banks, and shoals as well as the surrounding waters of the Paracels, Spratlys, Scarborough Shoal, and Macclesfield Bank, and the Pratas Islands all the way down to James Shoal as its southernmost tip–1,800 miles from Mainland China.

Chinese claims emphasise its sovereignty over territorial ‘features’ (i.e. islands) within the area demarcated by the dashed lines. It follows that overlapping claims, and alternative interpretations, by other countries in the region–in particular Brunei, Malaysia, the Philippines, Taiwan, and Vietnam–are not recognized by Chinese authorities. The hard-line approach taken by the Chinese Communist Party is supported among Chinese public opinion, which has come to view Beijing’s construction of artificial islands as perfectly within its rights, since it occurs within Chinese territory. The overwhelming view in China is that these are ‘our islands’.5

There appears to be a glaring division between China and the West when it comes to the application of international law to sovereignty disputes in the South China Sea. In July 2016, after more than three years of deliberation, the Permanent Court of Arbitration in The Hague ruled on the Arbitration between the Philippines and China, making it clear that China’s extensive claims to maritime areas within the so-called ‘nine-dash line’ are incompatible with the United Nations Convention on the Law of the Sea (UNCLOS) and therefore illegitimate.6 The tribunal also underscored that none of the land features claimed by China qualify as ‘islands’–something that would in turn warrant the claiming of an exclusive economic zone under UNCLOS.7 China strongly condemned the ruling, declaring it “null and void” and questioned the legitimacy of the tribunal itself. This promoted other countries with interests in the South China Sea to reiterate their claims and the US to intensify its ‘freedom of navigation’ operations (deliberately sailing into waters claimed by China without notification to assert that they remain international waters) to deter Beijing from adopting more confrontational policies in the future.

Freedom of Navigation Operations in the South China Sea are therefore used by the U.S to challenge what the international community sees as Chinese excessive maritime claims over large swaths of the Sea. FONOPs have also become part of the US-China tug-of-war over influence in Southeast Asia.

In May 2018, the US rescinded China’s invitation to participate in RIMPAC, an international biennial military exercise in the Pacific Ocean. In June the US aircraft carrier USS Ronald Regan anchored in Manila Bay to begin patrolling the South China Sea–the third US aircraft carrier sent to the region since the beginning of the year.

The Trump administration has been rallying allies and partners in the region and around the world to put pressure on China. In this context, the Quadrilateral Security Dialogue (or the ‘Quad’) between four of the world’s leading liberal democracies–the US, India, Japan, and Australia–is gradually becoming a formal alignment. Starting off as a forum for consultation and dialogue on security matters in the Indo-Pacific region, the Quad is currently institutionalising cooperation between the four naval powers with a clear target in mind: China.

Also the Europeans are joining the revamped US effort to increase pressure on China. For instance, in June 2018 a French maritime task group, together with UK helicopters and ships, joined the US and other countries to conduct freedom of navigation operations, sailing naval vessels through international waters in the South China Sea. These operations are also a way to salvage UNCLOS and the principles on which it–and the larger rules-based order–are based. The aim is to convince Beijing to fully agree and support a code of conduct in the area, which should be legally binding, comprehensive, effective and consistent with international law.

At the 31st ASEAN summit in Manila in November 2017, China agreed to begin talks with the regional body on details of a code of conduct (COC) for the South China Sea.10 At the annual ministerial meeting between China and ASEAN held in Singapore at the beginning of August 2018, the parties agreed on a draft code of conduct that will lay the foundation for talks over the disputed South China Sea.11 Yet, no timeframe has been given for its completion or implementation and many in the region remain sceptical about Chinese intentions.

The EU has made itself available to facilitate ASEAN-China dialogue on devising a code of conduct for the South China Sea. The EU remains the staunchest supporter of diplomatic initiatives aimed at promoting regional cooperation, multilateralism and trust building–as stated in the EU Global Strategy12.

There is an emerging Western division of labour when it comes to security issues in the South China Sea, including the upholding of international law. The US is set to continue leading freedom of navigation operations, with support from the Quad countries and some European naval powers, while the EU is intent on using its soft power tools to advance dialogue between China and ASEAN. Such transatlantic alignment begun in 2012, when Chinese territorial and maritime claims over much of the South China Sea began to unsettle the existing regional order.

The West between alignment and division

In July 2012, the EU and the US issued their first–and so far only–joint statement on the Asia-Pacific.13 The document was the culmination of diplomatic efforts and consultations that had occurred between the transatlantic allies since Autumn 2011, when the final declaration of the US-EU summit mentioned for the first time the Asia Pacific as a region where dialogue and cooperation should be furthered between Washington and Brussels. In preparation for the 2012 joint EU-US statement, the European External Action Service (EEAS) issued an updated and revised version of the Guidelines on the EU’s Foreign and Security Policy in East Asia first published in 2007.14 The revised guidelines published on 15 June 2012 mentioned issues absent in the previous version such as the South China Sea disputes and aligned Europe’s position on the Asia Pacific with that of Washington.

The joint EU-US statement was undoubtedly the starting point for closer transatlantic cooperation in Southeast Asia as it included the opportunity for the Western allies to promote a set of principles and values dear to their domestic public opinions. It can also be seen as part of the broader US-led strategy aimed at keeping China in check and displaying the unity of the Western liberal-democratic family to the Chinese Communist Party leadership.

However, since then major differences have emerged within the West. Following the ruling by The Hague Tribunal, the US issued a strong declaration condemning China. The EU–through Federica Mogherini, the Union’s High Representative– issued a milder declaration stressing the need for the parties to resolve the dispute in accordance with international law.15 Beijing had tried to block the statement by putting pressure on some EU member states that had received significant Chinese investments. In the end, the declaration’s final version was watered down by Greece and Hungary who did not want to send too strong a message to Beijing at a time of growing economic ties with the Asian giant.16

Other EU countries took a different position. At the Shangri-La Dialogue in Singapore in June 2016, France’s Defence Minister Jean-Yves Le Drian declared that Paris would encourage the EU to undertake ‘regular and visible’ patrols in the area.17 In June 2018, France and the United Kingdom sent naval assets to the South China Sea. On board of one of the French vessels there were also some EU representatives.

As China continues to challenge the existing regional order and the rules-based system in the South China Sea, a firm and united response coming from the West would undoubtedly help find a viable solution between Beijing and the ASEAN countries. Yet, as projects related to China’s BRI advance, some countries may be tempted to sell principles in exchange for Chinese money. This is a trend that will not bode well for Southeast Asia’s security. 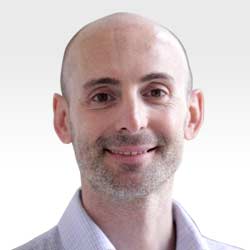 Dr. Nicola Casarini is Senior Fellow at the Istituto Affari Internazionali (IAI) and Visiting Professor at the Graduate Institute in Geneva. He is a non-resident Global Fellow at the Wilson Center in Washington DC. Prior to this, he held positions at the Wilson Center in Washington DC, at the EU Institute for Security Studies in Paris; at Bocconi University in Milan; at the European University Institute in Florence; and at the London School of Economics (LSE).