Legal issues and implications of the BRI

China’s Belt and Road Initiative (BRI) celebrated its 5th birthday in September. First championed in 2013 by President Xi Jinping, the US$1tr BRI aims to chart new opportunities for international cooperation by building a trade and infrastructure network that connects Asia with Europe and Africa, reaching into more than 78 countries populated by 4.4 billion people and accounting for a third of world GDP.1

For the Association of Southeast Asian Nations (ASEAN), the BRI and the ASEAN Master Plan for Connectivity have major shared goals. Both envisage transport connectivity as a way of bringing countries closer together and improving access to trade, investment, and tourism. Given this shared vision, an excellent opportunity exists to find ways forward for mutual, if not equal benefit for both the BRI and ASEAN’s regional connectivity.2

But in a programme this large, disputes will be inevitable. How will they be settled? This is one of the many legal implications of the BRI programme. Of the 10 ASEAN countries’ legal systems, four are based on common laws, three on civil laws, and another three are hybrids of both common and civil law. Simply put, common law works on precedent that can date back centuries whereas civil law works on latest enactments only where, resulting from a juxtaposition of systems of more or less clearly defined fields of application, two or more systems apply cumulatively or interactively. China’s legal system is most similar to the hybrids. Inevitably, this represents a challenge to the ideal of ‘one legal framework’ to find single common ground. Nevertheless common ground can and must be found. There has already been an attempt by China to find a dispute resolution mechanism that is acceptable to all.

There are a large number and wide range of deals and contracts already in place between China and various ASEAN member countries. The example of railway concessions in Indonesia, Malaysia and Laos provides a useful illustration of the BRI’s legal issues.

Based on select BRI railway concessions in Indonesia, Laos and Malaysia, legal issues and implications can best be identified in a comparison of BRI project documents:

Big projects obviously require big thinking. The risk allocation between project host governments and China must be negotiated carefully, being mindful that obliging the local goverment to compensate the project for its losses is also a constraint on that government’s ability to protect the rights of its citizens and the environment.22

An alternative to China’s current debt-financing model could be one based on foreign direct investment. A more sustainable business is when shareholders take on venture risks and rewards. The success of the BRI will depend on all parties deploying, organising, and collaborating amongst themselves, locally and globally, rather than everything being centrally coordinated.

Finally, understanding and preparing for the legal challenges is important. Obtaining good advice and remaining astute to the latest legal and regulatory developments to ensure that projects have long-term sustainability is vital.23 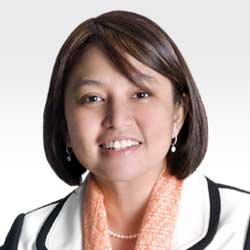 Hanim Hamzah is Regional Managing Partner of ZICOlaw Network, the only premier law firm network with offices in all ten ASEAN countries. The network comprises independent leading law firms with a full presence in 18 cities across Southeast Asia, a region of over 600 million people and 10 countries. Research support by team led by Norlaila binti Mohd Nasir of ZICO Knowledge Services Sdn Bhd. She is also Senior Fellow of the CIMB ASEAN Research Institute.