Conclusion–If Truly Collaborative the BRI Can Work for all

ASEAN member states do not have an adversarial attitude towards the BRI based on China’s global intentions and geopolitical calculation. Indeed these states gladly welcome the BRI for the scale of infrastructure development and connectivity it promises to bring to their economies. They are not swayed by arguments about China’s grand design to dominate the world through the BRI.

Nevertheless there has been opposition to BRI projects as a result of the fear of being buried under Chinese debt, of losing sovereign rights in dealing with Chinese companies, of unfair financial and contract terms, and of limited participation by locals in project implementation.

Malaysia is the most recent–and perhaps the strongest–example of assertion of sovereign right in seeking a review, even the scrapping of BRI-related agreements previously rushed into. The coming to power of a new government following the May 9, 2018 general election, which had accused the previous government during the campaign of establishing a client-master relationship with China, lent a dimension of challenge to the Chinese expression of BRI as an unquestioned good.

The revelations of project terms, such as payments well ahead of and totally unrelated to the progress of work, will be a huge embarrassment to China. China already had to endure the suggestion of money-laundering in the arrangement to relieve financial pressure on a scandal-plagued Malaysian government company with which its previous Prime Minister was closely associated.

These revelations of “unequal treaties”, as the new and returning Malaysian Prime Minister termed them in historical reminder, must have been discomforting to China. An official visit in August by the new Malaysian leader Mahathir Mohamad–an old friend to China during his previous 22 years as Prime Minister–papered over the cracks and put a gloss on relations, but the immediate BRI project issues remain to be resolved and the longer term impact on China-Malaysia relations is uncertain.

How the project issues are reviewed would indicate if China is open to renegotiation of terms in BRI projects when they are found to be palpably one-sided. A matter of particular interest is whether China will act to ensure its agencies do not impose damaging and questionable terms on countries that are to allegedly benefit from the BRI. This would also indicate if President Xi Jinping is sincere about rooting out corruption.

More broadly, what will be closely followed is how bilateral relations are affected if BRI project terms are disputed, even if legitimately. The Malaysian case is not the first. There have been issues raised on BRI projects in the ASEAN region in Myanmar, Thailand, Laos and Indonesia. But the Malaysian case involves the most extensive exposure of deals which lends credence to many suspicions about debilitating BRI project terms, if not quite to allegations of China’s global grand design.

Indeed, there will be close observation of China’s conduct in relations with smaller countries–of whether or not its oft-repeated assertion of mutual respect is real, or gets subsumed as it grows in influence and power.

In terms of trade in the past decade and of investment flows in the last few years China has already become the dominant power in the region. Although with respect to regional investment the EU, the US and Japan are still predominant, the increase in China’s investment in recent years, and that will come with BRI, will propel the country into becoming one of the region’s leading investors to accompany its already leading position in trade.

In respect of the South China Sea ASEAN has already succumbed to de facto recognition of China’s extensive territorial claims and to a timetable in settlement process (with ASEAN claimant states) which follows the long Chinese historical calendar–by which time of course there might not be much left to bargain with. So China’s dominance in Southeast Asia comes close to being a fait accompli. What remains is for the US, as the power being displaced, to show it really has long term commitment to the region. ASEAN also welcomes this, but is not too confident about it following serial American retreats. Decisions such as TPP withdrawal, closing the door on open trade, are not compensated by latter, and paltry, US$ 113bn for regional infrastructure, against China’s Trillions BRI-wide.

China’s economic rise, and initiatives such as BRI, reflect the new regional geopolitical reality. What remains is for individual ASEAN states to make sure that with the BRI they do not fall into a client-master relationship with China. They need to avoid total subservience. Can they still do it?

While ASEAN states can be agnostic when it comes to deep suspicion of the BRI (in Western narrative as China’s grand design to achieve strategic geopolitical ends to dominate the world), they cannot be blind to its breath-taking sweep and significance. The scores of countries, comprising over 4.4bn people and constituting more than one third of global GDP, in the web of roads, sea routes and pipelines that are on the extensive infrastructural map of BRI, will become associated with China’s further rise. This is a huge slice of the world.

Even if, in the geopolitical contest between China and the US, there is little they can do to determine its outcome, most likely, a confirmation of China’s regional preponderance, they are well advised not to become ensnared in a dependent and unequal relationship under the BRI which would damage their national interest. Particular examples outside the region in Montenegro, Zambia, Sri Lanka and Pakistan can be cited as clear instances of this risk. We have noted the Malaysian case. It can be argued therefore that each BRI project should be treated with professional objectivity and transparency rather with blind enthusiasm which can do national self-harm.

The countries of Southeast Asia and ASEAN must distinguish between perhaps a geopolitical inevitability and their own national fate. There is a margin for negotiation and meaningful sovereign existence. ASEAN itself provides a platform on which to discuss such issues. ASEAN failed in forging a common position in opposing Beijing’s South China Sea claims, but can it take an agreed position in accepting the BRI?

Singapore signed a MOU with China in April 2018 for collaboration between companies from the two countries in BRI projects. Singapore of course has good financial and legal infrastructure which could help ensure sustainable agreements. Singapore is also a country often cited as one of the least corrupt in the world. It might be useful for ASEAN member states to use the MOU as a basis, even a template, for their own BRI project agreements. There can be regional comfort in company in BRI and in not going totally solo. After all there is the Masterplan on ASEAN Connectivity (MPAC) that needs to be worked into and alongside the BRI.

ASEAN can therefore participate in BRI not only by receiving but also by giving, in offering regional perspectives, advisory services and legal frameworks. In this way some of the BRI project problems that have surfaced can be avoided–and the BRI can be seen as a not totally China dominated enterprise, something Beijing has so often said it is not meant to be. 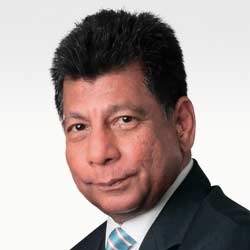 Tan Sri Dr. Munir Majid is Chairman of CIMB ASEAN Research Institute, and also of Bank Muamalat Malaysia, of the Financial Services Professional Board, of ASEAN Business Advisory Council, Malaysia, as well as President of the ASEAN Business Club. He sits on the board of the Institute of Strategic and International Studies (ISIS), is an Honorary Fellow of LSE and Visiting Senior Fellow LSE IDEAS. He is an active regional advocate of deeper ASEAN economic integration.