China and Southeast Asia: Many Belts and Roads to turn

Five years since its launch, China’s Belt and Road Initiative (BRI)–which aims to fund and build infrastructure in more than 78 countries–is riding both high and low. No other developmental initiative has stirred so much international debate. Reactions from academics, policymakers, and entrepreneurs range from fear to admiration.

Much of the discussion of BRI is focused on President Xi Jinping’s ‘new’ and ‘proactive’ approach to foreign affairs, in stark contrast to his predecessor President Hu Jintao’s ‘risk-averse’ style. However, BRI is also true to Deng Xiaoping’s essentially conservative maxim on the aims of Chinese foreign policy: “to create a stable external environment for China’s domestic economic growth”.

As a result, participation from countries in Southeast Asia is pivotal to the success or failure of Beijing’s ambitious undertaking.

Beijing has already realised that its passion for BRI may be unrequited internationally, partly because the programme includes serious risks and not just rich returns.

Recent disputes on the implementation of BRI between China and other Southeast Asia countries show that China should not automatically assume that growth through gigantic infrastructure investments–the model that worked for China–is a panacea applicable everywhere.

This does not mean that China’s BRI is only about building railways, airports and shipping docks.

This joint report published by LSE IDEAS and the CARI ASEAN Research Institute in Malaysia explores the range of impacts of the BRI on Southeast Asia. The BRI brings opportunities in trade, engineering and in finance, particularly in supporting the internationalisation of the Renminbi. But it also poses serious and fundamental challenges to the existing international legal framework, in relation to both commercial and political disputes. The BRI also impacts on foreign policy. Many Southeast Asian countries face the dilemma of being eager BRI participants and traditional US allies, unsure with which superpower to side on issues such as the South China Sea and international trade wars. After 40 years of economic reform at home and a bold opening to the global economy during the 1990s, China is again at the crossroads and asking itself where it might be heading. President Xi has explicitly linked the pursuit of BRI to his own domestic economic reforms, focused on the market allocation of resources, and it is central to China’s plans to geographically rebalance its economy. In this and other ways, the initiative is crucial to the country’s future.

It may be unlikely that China will alter the BRI’s trajectory based on criticism and feedback from its neighbours. But Beijing must maintain a close understanding of how countries across Southeast Asia are reacting to the BRI, and respond to their concerns. The challenge for China going forward is as much about winning hearts and minds as it is showering dollars and pounds.

But before we can arrive at any firm conclusions about the success or failure of the BRI, progress and activities so far must be studied. This joint report is part of a much wider conversation about which “Belt” and “Road” do China and the world want. 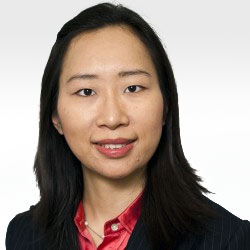 Dr Yu Jie (Cherry) is research fellow at the Asia-Pacific Programme, Chatham House, focusing on the decision-making process of Chinese foreign policy as well as China’s economic diplomacy. She speaks and writes frequently at major media outlets and regularly briefs senior policy practitioners from the EU institutions, the UK Cabinet Office, and the Silk Road Fund in Beijing, as well as major corporates. Yu Jie has testified at the House of Commons Foreign Affairs Committee, and was head of China Foresight at LSE IDEAS. Prior to LSE, she was a management consultant, specializing in Chinese state-owned enterprises investments in Europe and Chinese market entry strategies for European conglomerates at the London Office of Roland Berger Strategy Consultants. Dr Yu has been recognized as a ‘Leading Woman’ of the London School of Economics, and remains an associate of LSE IDEAS.