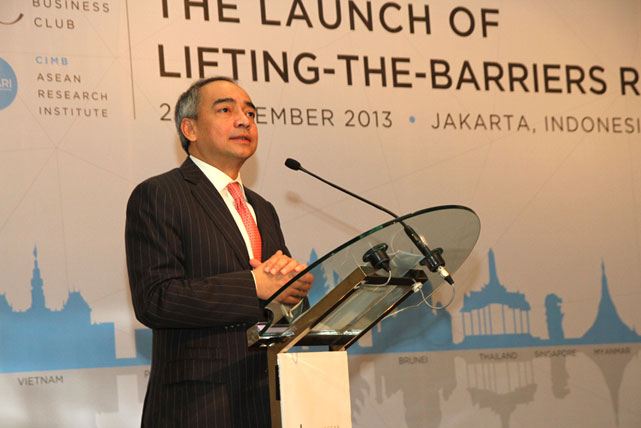 Members of the media,

10. Having declared myself as a skeptic about AEC 2015 when measured against existing targets, I remain bullish on ASEAN and the upside from ASEAN economic integration. If you reflect on the geopolitics of the region 45 years ago or the level of economic activity 15 years ago, ASEAN’s progress has been remarkable. The rapid proliferation of ASEAN multinationals is irreversible and the growth prospects for the region with a relative young and hardworking 600 million population are excellent.

12. With this in mind, the ASEAN Business Club and our partners are proud to launch the LTB reports and play our part in realising an integrated ASEAN. Now I would like to invite Tan Sri Munir Majid, in his capacity as Advisor to the Lifting-The-Barriers Initiative to provide an overview of these reports.