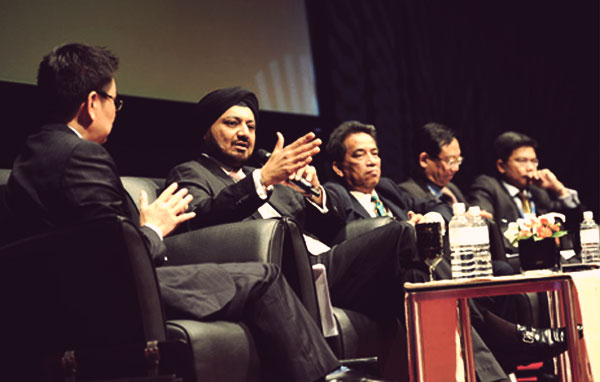 The government had allocated a “sufficient buffer” of stimulus spending to cushion the nation’s economy from the impact of a global crisis.

Second Finance Minister Datuk Seri Ahmad Husni Hanadzlah said the allocation would ensure strong growth should there be no recession or protect the economy in the case of a recession.

“Besides that, there are several buffers which we have not taken into account, including RM4 billion in contingency funding and RM5 billion in Kumpulan Wang Amanah Nasional.

“The government’s projection of revenue is quite conservative,” he told reporters after delivering a keynote address at the Malaysian International Accountants-Asean Federation of Accountants (MIAAFA) Conference 2011 in Kuala Lumpur yesterday.

Ahmad Husni said that the government has also requested the Accountant- General to review RM30 billion worth of trust funds meant for various programmes, some of which remained dormant.

“We have also not taken into account the monetisation of asset,” Ahmad Husni added.

The government plans to dispose some government-owned land in the country to the private sector to raise more funds for economic development, he said, according to Bernama.

The land parcels measuring between three and seven acres each, would “easily raise” a total of RM1.2 billion.

Many of the governmen towned plots have seen an increase in value, he said, citing the land along the River of Life project as an example.

“We are not going to utilise it (the land). So why don’t we privatise it and sell the land to the private sector to do (develop) it,” he was quoted by Bernama. Ahmad Husni said the RM407 billion national debt, which grew 12.3% last year, is still manageable.

“The national debt is still below the critical level of 55% of gross domestic product (GDP) and the loan payment to national revenue was at 10%, which is below the prudent level of 15%.

“With regards to external loans, it must not be above RM35 billion. Currently, it is well below that and the debt servicing ratio for external loan is roughly at 2%. It is within our capability,” he said.

In case of a recession, he said the country’s net export, one of the four main contributors to the gross domestic product (GDP), would face disruption.

“When we talk about GDP, it is about four areas, namely consumption, net export, government expenditure and private investment. That is why we are now pushing the other three areas and we believe that we can sustain the growth,” he said.

“We have already tabled the Budget 2012 and we are now taking measures so that the economic slowdown in the US and Europe will not affect us,” he said.