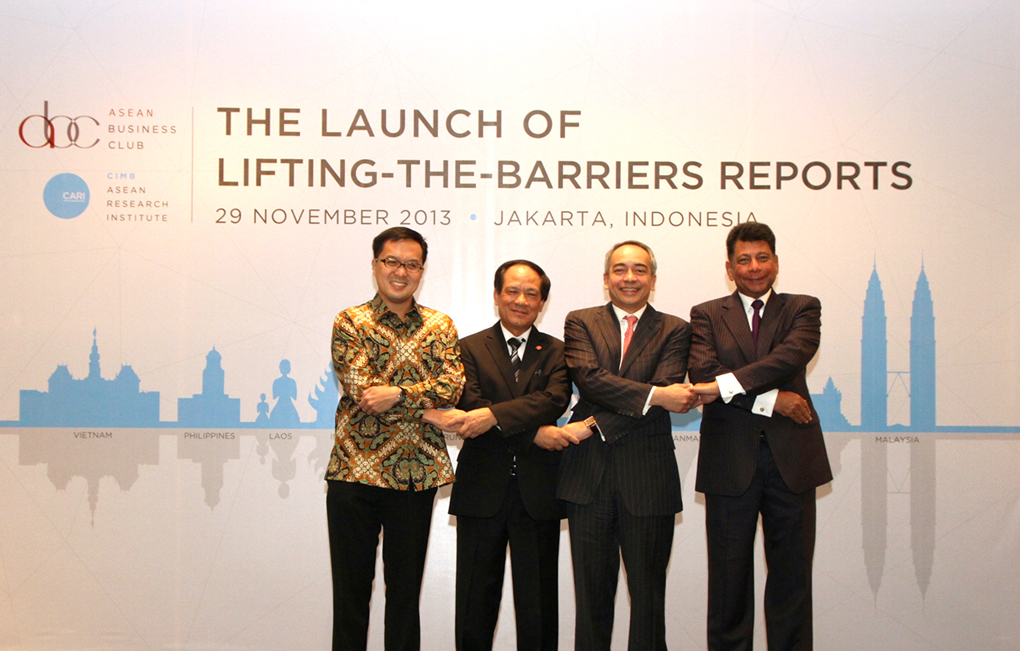 The ASEAN Business Club (ABC) launched the Lifting-The-Barriers (LTB) Reports on the 29th November 2013. This concludes the final phase of the LTB Initiative for the calendar year 2013. The six reports outlined the bottlenecks and barriers hindering free trade in the region as well as highlighting possible solutions to accelerate integration efforts to meet the deadline of the ASEAN Economic Community (AEC) 2015.

The Guest of Honour, H.E. Le Luong Minh delivered a keynote address acknowledging the critical importance of increased private sector engagement through various platforms such as this LTB Initiative.

The press conference which followed saw some in-depth and comprehensive issues raised by the media.

In summary, the Launch marked a successful closing of the LTB Initative for the year 2013.