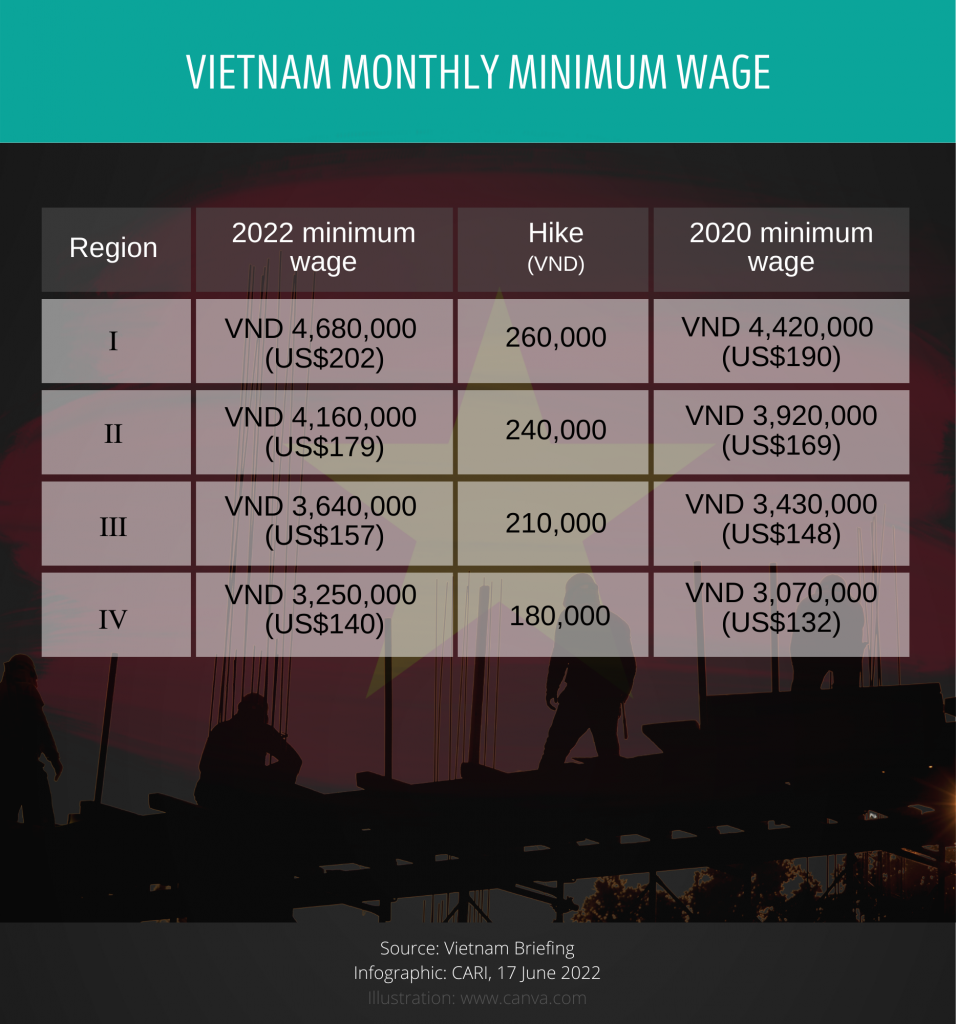 MALAYSIA
Malaysia eases ban on exports of live premium chicken
(15 June 2022) The Malaysian government has partially lifted its ban on chicken exports on June 1 to stabilise domestic chicken prices. Producers will be able to export live kampung and black chicken, chicken-based products, and day-old chicks beginning this week. Almost all of Malaysia’s live bird exports go to Singapore, with the remainder going to Thailand and Pakistan. Singapore relies on Malaysia for one-third of its chicken imports and a large part of its live chicken supply. The city-state imported 46.3 million birds or around 73,000 tonnes of chicken from Malaysia last year.

THAILAND
Thailand approves more battery production investments and incentives
(14 June 2022) Thailand’s investment board approved US$6 billion in investment applications this week, including a US$1 billion joint venture between Thailand’s PTT and Taiwan’s Foxconn to manufacture battery electric vehicles (BEVs), 16 projects from 10 companies worth US$137 million to manufacture EV batteries, and another three projects worth US$192 million to produce high-energy density batteries. The board also approved incentives such as a 90% reduction in import tariffs on materials to make batteries, tax exemptions for smart system development in industrial zones, and allowing foreign persons to own land in the country.

LAOS
Laos’ GDP grows by 4.3% in the first half of 2022
(15 June 2022) The Lao economy grew 4.3% year-on-year in the first six months of 2022 to reach approximately US$6.5 billion, representing 49.6% of the country’s annual growth target. The figures were shared by Lao planning and investment minister Khamjane Vongphosy during a parliament session, during which he also said that the government is targeting 4.4% growth or around US$13 billion in the second half of the year. Agriculture and services remain the country’s main economic drivers, though cryptocurrency is also becoming a significant source of government revenue, contributing to 33.7% of the annual budget in the first five months of the year.

BRUNEI
Brunei targets August 1 for reopening of land and sea borders
(10 June 2022) Brunei aims to fully reopen its borders on August 1 though some travel requirements will be eased starting June 15: essential cross-border land and sea travel will be allowed though travellers must apply for permission, rostered rapid antigen testing in workplaces and for transport operators is no longer needed, the scanning of the BruHealth QR code is no longer mandatory, all inbound travellers need not present a pre-departure COVID-19 test, fully vaccinated travellers need not undergo testing and self-isolation upon entry, and the minimum travel insurance coverage has been lowered from US$50,000 to US$20,000.

MALAYSIA, VIETNAM
Vietnam and Malaysia sign MoC on timber trades
(15 June 2022) Associations representing Malaysian and Vietnamese timber and timber product industries signed a memorandum of cooperation (MoC) to enhance cooperation between both sides. According to the Malaysian Timber Council, this could include gaining access to European Union markets through Vietnam’s free trade agreements, tapping into Vietnam’s skilled and available labour pool, and increasing exports of timber products to Vietnam. Malaysia exported US$38.44 million worth of such products to Vietnam in 2021 and imported US$148.25 million. Malaysia’s exports to Vietnam mainly were particleboards, wooden furniture, fibreboards, sawn timber, and builders’ joinery and carpentry.

INDONESIA
Nusantara will proceed irrespective of the 2024 election outcome
(14 June 2022) The moving of Indonesia’s capital city from Jakarta to Nusantara will proceed no matter how the country’s 2024 national election unfolds, according to an official from the Nusantara Capital City Authority. Construction will commence in the second half of 2022, with the first phase targeted for completion in 2024 and the final phase to be completed in 2045. Nusantara will also be a “forest city, sponge city and smart city”, with 65% of the new capital comprising tropical forests and another 10% composed of green areas for food supply.

SOUTH KOREA
South Korea cuts 2022 growth outlook
(16 June 2022) The South Korean government has lowered the country’s 2022 growth forecast from 3.1% to 2.6% and increased its inflation forest from 2.2% to 4.7%. The government also proposed lowering the maximum corporate tax rate from 25% to 22%, increasing corporate tax deductibles for investments to produce semiconductors and organic light-emitting diodes from 6-10% to 8-12% to promote capital investment in key technology sectors, removing capital gains taxes on retail stock investors with holdings of less than US$7.74 million (10 billion won), and reducing the tax on stock transactions from 0.23% to 0.20% in 2023.

SOUTH KOREA
Truckers end strike as government agrees to extend pay guarantee
(14 June 2022) Unionised truckers in South Korea ended their eight-day strike after reaching a tentative agreement with the transport ministry to extend minimum pay guarantees and possibly expand fuel subsidies for truckers to help them cope with the rise in fuel prices. South Korea’s industry ministry says that the strike has cost industries some US$1.2 billion in losses and unfulfilled shipments, including the non-production of 5,400 vehicles worth nearly US$200 million, the 90% reduction in shipments of petrochemical products, and unfulfilled deliveries of food and liquor which impacted small businesses.

AUSTRALIA
Australia to raise the national minimum wage
(16 June 2022) Australia’s Fair Work Commission raised the national minimum wage by 5.2%, from US$14.26 an hour to US$14.98 an hour, effective July 1. The hike, which translates to a US$28.06 a week pay rise for full-time employees, is expected to affect some two million minimum wage earners. On the other hand, it is projected to cost businesses some US$5.5 billion in additional annual costs. Australia’s unemployment rate is currently at its lowest in almost 50 years at 3.9%, with the employment rate increasing for the seventh consecutive month in May.