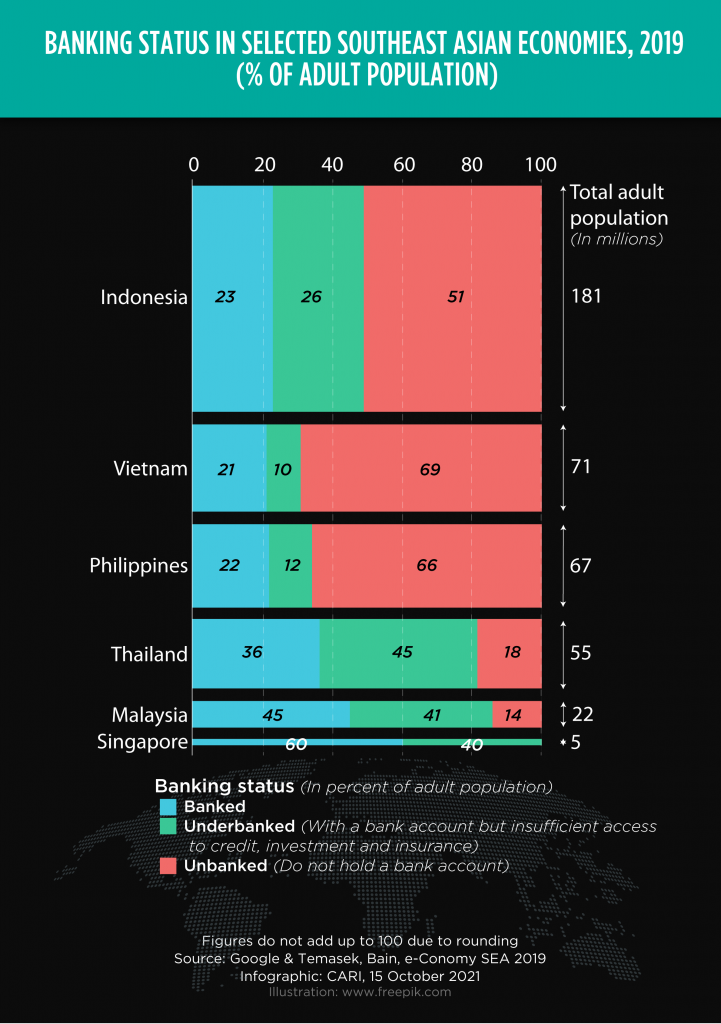 SINGAPORE
Singapore’s central bank tightens its monetary policy for the first time in three years
(14 October 2021) Singapore’s central bank tightened its monetary policy for the first time in three years on 14 October 2021, as the country seeks to reopen its economy and manage inflationary pressure. The city-state also recorded a 6.5% increase in GDP for the July-September quarter. The last round of monetary tightening for Singapore was in October 2018. Recent inflation was a major factor in the decision to implement monetary tightening this time, according to the Monetary Authority of Singapore (MAS). While some industries continue to suffer from COVID-19's effects, Singapore's overall consumer price index rose 2.4% on the year in August 2021, due to a confluence of factors including normalizing demand, supply chain problems, rising energy prices, a foreign manpower crunch due to border closures, and domestic policy-driven cost pressures such as the government’s plans to increase wages in lower-paid sectors. Singapore authorities are concerned that the city state’s planned reopening could be hindered if consumers are hit by rising costs.

MALAYSIA
Malaysia ranks among top ten largest furniture exporters in the world
(15 October 2021) Malaysia now ranks among the top 10 largest exporters of furniture in the world, with about 80% of its production delivered abroad, according to the Malaysia External Trade Development Corporation (Matrade). Matrade stated this was because the local furniture industry had kept abreast of technological advances and global changes in consumer tastes, and had shifted from being original equipment manufacturers (OEM) to original design manufacturing (ODM) or original brand manufacturing (OBM). In 2020, the industry saw exports valued at MYR 12.86 billion, or a double-digit increase of 15.5% compared with the previous year. Malaysian furniture are exported to over 160 countries and comprise mainly bedroom, living room and kitchen furniture made from wood as well as seats and furniture components made from other materials.

THAILAND
Thailand approves plan to end quarantine for vaccinated travellers from certain countries
(15 October 2021) The main Thai COVID-19 task force approved a plan to end quarantine requirements for vaccinated travellers from certain countries starting in November 2021 in bid to rescue the struggling tourism sector ahead of the year-end holiday season. Under the new rule, air travellers from the US, UK, China, Germany and Singapore will be exempted from quarantine on arrival starting 01 November 2021. More countries may be added to the list after due diligence. The task force also shortened a night curfew by two hours to between 11 PM and 3 AM starting on 16 October, while also reducing the number of provinces deemed at the highest risk of COVID-19 to 23 from 29. But the task force retained Bangkok, a gateway for tourists, in the highest-risk category because of the high number of new cases.

VIET NAM
Manufacturers in Ho Chi Minh City struggling with workers shortage following easing of lockdown measures
(14 October 2021) Manufacturers in Ho Chi Minh City are currently struggling with a shortage of workers following the easing of COVID-19-related lockdown measures. Suppliers of garments, textiles, footwear, furniture and other products to global brands ranging from Ikea and Walmart to Nike and Adidas, were having trouble resuming normal work because so many workers had left for their home provinces after the city had lifted its lockdown at the end of September 2021. Companies are now struggling to lure workers back because many do not have the money, the means of transport or the COVID-19 vaccination papers needed to return. This comes as overseas demand has spiked at the moment. Viet Nam, one of Asia’s few economies to grow in 2020, reported a 6% drop in GDP, the sharpest on record, in the third quarter of 2021, which coincided with the lockdown. The Vietnamese government is now focused on ensuring migrant workers are able to return to work.

THE PHILIPPINES, UNITED STATES
United States provides an additional 1.84 million Pfizer vaccines to the Philippines through COVAX facility
(14 October 2021) The United States provided an additional 1,842,750 doses of the Pfizer-BioNTech COVID-19 vaccine to the Philippines through the COVID-19 Vaccines Global Access (COVAX) facility. The vaccines were delivered in two separate shipments to Manila on 10 and 11 October 2021, and followed another 5.57 million doses of Pfizer vaccine doses delivered the previous week. The United States has facilitated the delivery of more than 24.3 million COVID-19 vaccine doses to the Philippines via the COVAX facility, including more than 16.4 million doses directly provided by the American public. COVAX is a global initiative to support equitable access to COVID-19 vaccines.

INDONESIA
Indonesia plans to eventually stop all crude palm oil exports in favor of refined products instead
(13 October 2021) Indonesia plans to eventually stop the export of all crude palm oil in favor of shipping refined products instead, the latter of which would include cosmetics, margarine, biodiesel and other processed products. This was stated by Indonesian President Joko Widodo in an official video. Indonesia plans to rise up the commodities value chain, and had already banned the export of unrefined copper and later nickel ores while requiring miners to invest in local smelters instead. The European Union has sought to challenge the export restrictions of unrefined copper and nickel ores at the World Trade Organization, and President Widodo stated that Indonesia should prepare for any legal repercussions should it ban crude palm oil. Indonesia is currently the largest producer of crude palm oil in the world.

JAPAN
Prime Minister Fumio Kishida dissolves parliament ahead of general election on 31 October
(14 October 2021) Prime Minister Fumio Kishida dissolved parliament ahead of a general election on 31 October 2021 as the lower house comes to the end of its four-year term. The ruling Liberal Democratic Party (LDP) and its junior coalition partner, Komeito, are seeking to maintain their dominance in the Diet despite political headwinds, including a sluggish economy amidst the COVID-19 pandemic. There are 465 seats up for grabs in the lower house in this election, the more powerful chamber of Japan's bicameral parliamentary system. Both the incumbent and opposition parties are emphasizing economic redistribution over implementing economic reforms and promoting growth, with the LDP promising "a new capitalism," which includes pay raises for essential workers such as nurses and caregivers, and a tax cut for businesses aimed at lifting wages. Although the LDP is expected to maintain their majority, there is little expectation of a landslide victory.

AUSTRALIA
Qantas Airways plans to sell US$595 million worth of land to cushion blow of COVID-19
(15 October 2021) Australia's Qantas Airways Ltd said on Friday it had agreed an US$595 million deal to sell land near Sydney Airport to a consortium led by LOGOS Property Group to reduce its debts, as the carrier seeks to recover from the global COVID-19 pandemic. Settlement of most of the lots is expected by the end of the second half of 2021. Qantas said it had also entered talks with LOGOS about potential future development options for the sites being sold, including a dedicated precinct for the airline and the sale of additional land near the lots being sold. Should an agreement on these proposals be reached, it would raise the total value of the deal to more than AUD 1 billion. Qantas has stated it is expected to complete the evaluation of those proposals in early 2022.

NEW ZEALAND
New Zealand posts smaller budget deficit than forecasted for 2020-21 fiscal year
(12 October 2021) The New Zealand government posted a smaller budget deficit than previously forecasted for the 2020-21 fiscal year. According to financial statements released by the Treasury Department, the final deficit for the year to 30 June was NZ$4.6 billion (US$3.2 billion), some NZ$10.6 billion less than forecasted in the May budget and down from a NZ$23.1 billion deficit in 2020. Net debt was 30.1% of GDP compared with the 34% forecasted in May 2021. This was due in part to a strong economic rebound from the recession recorded in 2020, which helped boost government tax revenues. With net debt relatively low compared to other developed economies, the government has more room to continue supporting the economy if required.