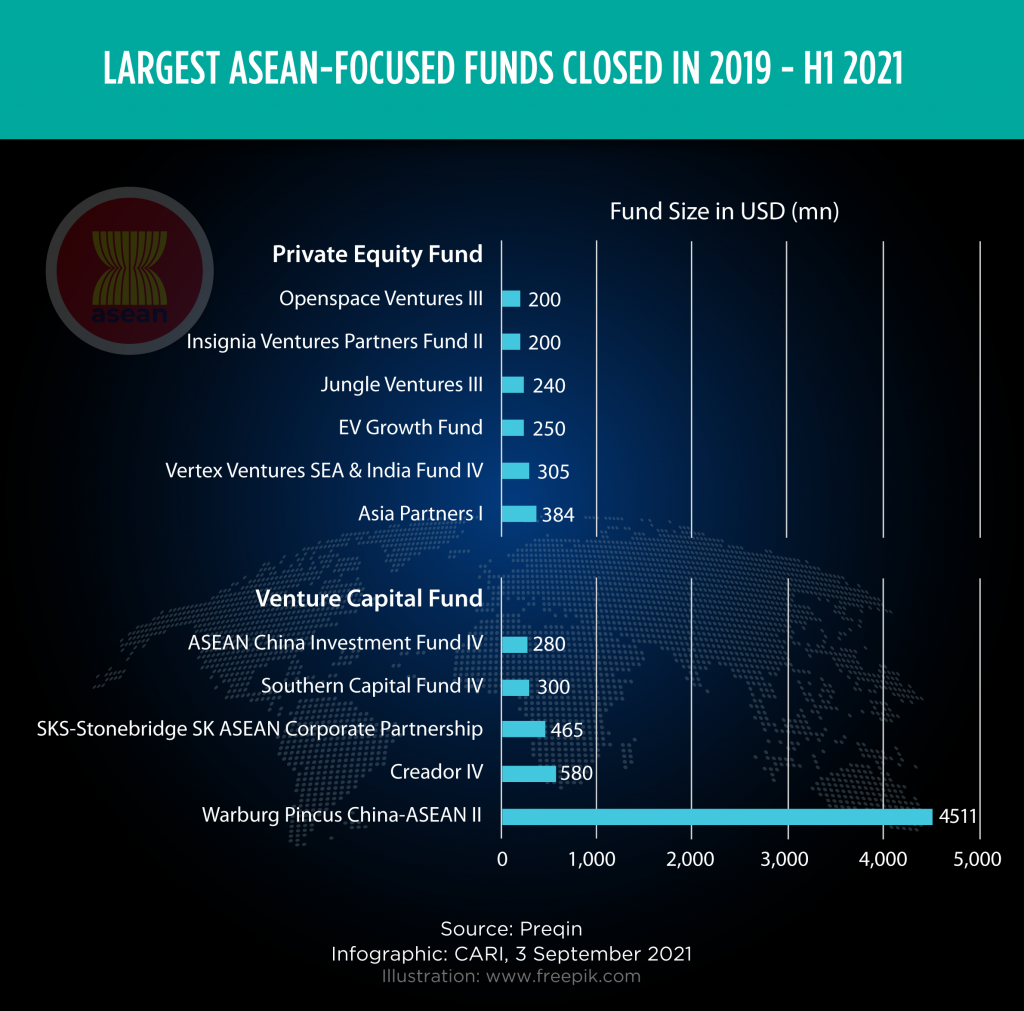 ASEAN
ASEAN’s food delivery market to reach US$28 billion by 2025
(3 September 2021) Southeast Asia’s food delivery market is expected to grow by at least three times from US$9 billion in transactions in 2020 to US$28 billion by 2025 with Myanmar, Vietnam, and the Philippines leading the way, according to a recent report by Grab and Euromonitor International. The surge in demand for food delivery services can be attributed to social distancing measures imposed in the past year, with one in four customers ordering meals online for the first time during the pandemic. This spike in the use of food delivery services is expected to be sustained, with 87% of users saying that they will likely continue using such services even after pandemic restrictions are lifted.

CAMBODIA, VIETNAM
Bilateral trade passes US$6 billion in the first seven months of 2021
(3 September 2021) Trade between Cambodia and Vietnam totalled US$6 billion between January and July 2021, representing a 106% year-on-year increase. This puts the countries on track to reach their US$10 billion bilateral trade target—which they had aimed to achieve in 2023—in 2021. Cambodia’s exports to Vietnam rose by 452% on the year, reaching US$3.3 billion, while its imports from Vietnam rose by 18.3% to US$2.8 billion during the same period. According to data from the Vietnamese government, Cambodia overtook Russia earlier this year to become the second-largest recipient of Vietnamese investment behind Laos. Vietnamese investments in Cambodia currently totals US$2.85 billion.

INDONESIA, CHINA
Indonesia and China begin using local currencies in bilateral transactions
(7 September 2021) The Bank of Indonesia and the People’s Bank of China officiated their framework for using local currencies for bilateral trade settlement and direct investment with the implementation of a transaction on September 6 between banks in both countries using the Indonesian Rupiah and Chinese Yuan. The framework was finalized earlier in September 2020 through a memorandum of understanding between the central banks and is part of China’s larger efforts to promote yuan internationalization. 12 banks in Indonesia and eight banks in China have been selected and authorized to transact under the local currency framework.

LAOS
World Bank expects Laos’ GDP to grow by 4.5% in 2022
(9 September 2021) The World Bank’s latest Lao Economic Monitor projects Laos’ full-year GDP growth to come in at 3.6% in 2021 and remain below pre-pandemic levels at 4.5% in 2022. The World Bank expects the country’s recovery to be supported by external demand, buoyed by its participation in the Regional Comprehensive Economic Partnership and trade benefits on 97% of its exports to China under China’s Generalised Scheme of Preferences. The US$5.9 billion Laos-China railway project is also expected to open in December 2021, paving the way for the development of secondary infrastructure along the railway corridor and other infrastructure projects such as an expressway at the Laos-China border.

MALAYSIA
Malaysia to start treating COVID-19 as endemic in Q4 2021
(9 September 2021) Malaysia aims to have 80% of its adult population vaccinated by the end of September 2021 and plans to start treating COVID-19 as endemic the following month once said population is fully vaccinated. Malaysia is currently administering around 400,000 vaccines daily, though hospital and ICU capacity remains high. The country’s central bank recently revised its 2021 growth forecast to between 3% and 4%, while the World Bank and International Monetary Fund place the country’s full-year growth at 5% and 6% respectively.

THAILAND
Thailand approves incentives to support carbon reduction
(6 September 2021) Thailand’s Board of Investment approved several measures to encourage investments in its Bio, Circular and Green (BCG) economy and promote sustainable development. This includes a three-year tax break for machinery upgrades aimed at reducing greenhouse gas emissions, as well as three to eight-year corporate income tax exemptions for investments in the upgrading or introduction of equipment or facilities that help reduce environmental impact. The investment board also approved tax incentives for the promotion of electric bicycles and an enhanced investment promotion policy for the development of shared platforms for electric vehicle production.

AUSTRALIA
Australia to launch vaccine passports for overseas travel next month
(9 September 2021) Australia will begin rolling out its international COVID-19 vaccine passport system in October 2021 as the government prepares for the reopening of borders. Australians will soon be issued a vaccine certificate—available on their phones and in printed form—to show as proof of their vaccination status when they go overseas. Around 39% of the Australian population over the age of 16 has been fully vaccinated and the government expects overseas travel to resume once 80% of the overall population have been fully vaccinated. Right now, anyone arriving in Australia is required to undertake a two-week hotel quarantine regardless of vaccination status.

JAPAN
Japan upgrades Q2 GDP on stronger business spending
(8 September 2021) Japan revised its growth in the second quarter of the year from 1.6% to 1.9% on the back of unexpectedly brisk business spending following Prime Minister Yoshihide Suga’s announcement that he was stepping down to pave the way for the ruling party’s presidential elections to take place on September 29. The second quarter’s 1.9% expansion translates to a quarter-on-quarter expansion of 0.5%. Meanwhile, private consumption—which accounts for more than half of Japan’s GDP—grew by 0.9% quarter-on-quarter. Nevertheless, July’s household spending data suggests that the resurgence of COVID-19 in the country will hamper consumer activities in the third quarter of 2021.

CHINA
BlackRock’s China unit raises US$1 billion in maiden mutual fund
(8 September 2021) BlackRock, the first foreign-owned company to operate a wholly-owned business in China’s mutual fund industry, has set up its first fund in the country after raising US$1.03 billion from over 111,000 investors. The fund was launched on August 30 and closed fundraising a week ahead of its planned deadline. Other asset managers have also been looking to set up funds in the country ever since the Chinese government lifted the sector’s foreign ownership cap in April 2020. Fidelity International is in the process of setting up a mutual fund subsidiary, while Neuberger Berman Schroders and VanEck have also applied to set up local units to sell retail funds.