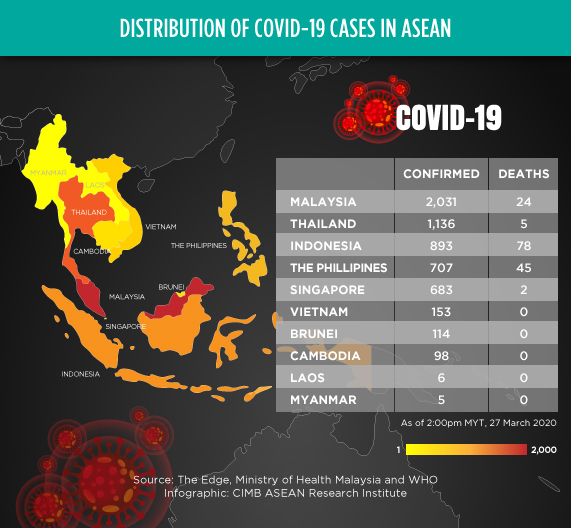 Vietnam gains higher exports to Canada and Mexico partly due to CPTPP
(26 March 2020) Vietnam has seen strong growth in exports to Canada and Mexico in part due to the CPTPP (Comprehensive and Progressive Agreement for Trans-Pacific Partnership), according to its Ministry of Industry and Trade (MoIT). During the period January-February 2020, Vietnam’s exports to Canada rose by 20.4% to US$578 million year-on-year. Textile and apparel export value was up 5.86% to reach more than US$100 million while the export value of mobile phones and accessories jumped 104.2% to US$122.09 million compared to the same period last year. During the same period, Vietnam’s export value to Mexico reached US$497.2 million. The products that gained high export value included computers, electronic products and components (US$133.6 million), telephones and components (US$122.6 million), shoes and sandals (US$47.5 million), and textiles and garments (US$16.3 million). Canada and Mexico are members of the CPTPP, which came into effect on 14 January, 2019, but have not yet signed any free trade agreement with Vietnam.

Singapore unveils US$33.6 billion supplementary budget to cope with economic and public health crisis
(26 March 2020) Singapore announced the Resilience Budget to help deal with the challenges brought upon by a public health crisis, an economic shock and a social test, said Deputy Prime Minister Heng Swee Keat on 26 March. Preliminary data showed that the Singaporean economy has shrunk by 2.2% year-on-year in the first quarter of 2020. The supplementary budget will draw up to US$11.89 billion from the country’s past reserves. Together with the US$4.48 billion announced in Budget 2020 in February, Singapore will be allocating close to US$38.47 billion, equivalent to 11% of its GDP, for the fight against the COVID-19 pandemic. With the supplementary budget, among the enhancements to the previous package include the tripling of the cash payouts to adult Singaporeans in 2020 to US$210, US$420 and US$630, depending on income, and an increase in the Workfare Special Payment for lower-income workers to US$2,100 in cash each. Heng said more than one-third of the Resilience Budget is dedicated to saving jobs and supporting workers.

Filipino government to spend up to US$3.9 billion in stimulus to support economy
(26 March 2020) The Filipino government is expected to spend up to US$3.9 billion in stimulus to help support the economy amidst the COVID-19 pandemic and subsequent lockdown across the entire island of Luzon. The stimulus will draw from realigned budget items and unused allocations and funds from government corporations, according to Finance Assistant Secretary Tony Lambino. On 24 March, President Rodrigo Duterte signed a law granting him special powers, including reallocating billions of pesos in the current US$80.6 billion budget to equip the Department of Health and provide two months of cash subsidies to 18 million families. The US$532.7 million COVID-19 package announced before the Luzon lockdown will be included in the US$3.9 billion stimulus package, Lambino said. He added that the budget deficit could exceed 3.6% of GDP, and that the country is negotiating with the World Bank and the Asian Development Bank to make available up to US$2 billion in financing.

Myanmar announces US$70 million stimulus package to tackle pandemic
(24 March 2020) Myanmar has announced a stimulus package to mitigate the impact of the COVID-19 outbreak. The stimulus package includes US$70 million worth of loans and relaxation of tax payments and deadlines for affected businesses such as garment, manufacturing, hotel and tourism businesses, as well as SMEs. The interest rate for loans to be given to vulnerable businesses will be set at 1.0% for a year, with the rate to be reviewed later as the government assesses the economic impact of the pandemic. Eligible businesses have now until the end of September 2020 to make their quarterly income tax and monthly commercial tax payments. Businesses will also be exempted from paying 2.0% advance income tax on exports until the end of the current fiscal year on 30 September. The stimulus package is expected to draw US$35.8 million from the country’s revolving fund and another US$35.8 million from the social welfare fund.

Local airlines facing plummeting demand request financial aid from government
(25 March 2020) Local airlines in Malaysia have requested financial aid from the government as the aviation industry grapples with the ongoing COVID-19 pandemic. This is to ensure that they would be able to continue operations despite capacity reductions in affected routes, aircraft grounding, and travel restrictions globally. The airlines have already implemented cost-cutting measures including voluntary unpaid leave, cuts in top management salaries, and the abolishment of allowances but there was no financial assistance announced for them in the 2020 Economic Stimulus Package. Assistance for the aviation industry announced in the stimulus package included a 15% discount on monthly electricity bills, rebates on rental for premises at airports and parking and landing charges. A market analyst suggested that instead of bailouts, the government could help airlines with their liquidity issues by providing financial guarantees so they can still obtain loans. Other suggestions by analysts included suspending slot requirements at airports, as well as renegotiating payment schedules for airlines with lease payments obligations such as AirAsia.

Government considers issuing “recovery bonds” to rescue businesses affected by COVID-19 outbreak
(26 March 2020) The Indonesian government is planning to offer government debt papers to the market and use the proceeds to fund programmes that aid businesses affected by the COVID-19 outbreak and prevent staff layoffs. The so-called “recovery bonds” would be purchasable by Indonesia’s central bank, Bank Indonesia, as well as exporters and importers. Businesses that want to receive funds from the proceeds of the bond issuance will be required to keep 90% of their existing staff with the same salary amount prior to the crisis. The pandemic is likely to cut Indonesia’s projected growth for 2020 to just above 4.0%, its lowest in 15 years. The government also intends to reallocate US$3.9 billion of state spending from the 2020 budget to tackle the virus outbreak, on top of the US$7.4 billion allocated to stimulate the economy.

Cambodia-Indonesia trade rise to record high in 2019
(26 March 2020) Trade between Cambodia and Indonesia rose 46% to a record high of more than US$792 million in 2019 from US$543 million recorded in 2018, according to Cambodia’s Ministry of Commerce. Data showed that Cambodia exports increased 4.0% in 2019 to US$22.3 million worth of goods while imports rose 47% to US$770 million. Trade activity between the two countries has been increasing since September 2017. Indonesian investors are excited about Cambodia’s fast-growing economy and potential, said Cambodian Ambassador to Indonesia Hor Nambora. According to him, Indonesian investments in Cambodia amounted to US$350 million. The recently launched direct flight between Jakarta and Phnom Penh by Indonesia’s low-cost carrier Citilink in 2019 provided air connectivity which is crucial to boost economic ties and people-to-people contacts, Nambora added.

Import of consumer goods continues as normal despite border restrictions
(26 March 2020) The Laos Department of Import and Export confirmed that imports of consumer goods from Thailand have continued uninterrupted despite the restrictions placed on travellers on crossing the border to prevent the spread of the COVID-19. Vehicles transporting goods with customs permits are still permitted to cross at the international border checkpoints. The majority of consumer goods in Laos are imported, mainly from Thailand, as well as Vietnam and China. Concerns over an interruption in imports has reportedly caused households in Vientiane to begin stocking up on goods, causing wholesalers and retailers in the capital to report shortages. Nevertheless, certain imports from Thailand may be restricted due to factories in Thailand reducing or stopping production. According to Lao Ministry of Industry and Commerce, imports in February 2020 reached US$378 million, a drop from US$480 million in January.

ASEAN Summit in Vietnam postponed to end-June
(19 March 2020) Vietnam has postponed the 36th ASEAN Summit, originally scheduled for 6-9 April to the end of June. This decision was made shortly after the ASEAN 2020 chair announced on 17 March the implementation of mandatory quarantine for all visitors from the US, Europe and ASEAN countries and the suspension of visa issuance for all foreign nationals due to the COVID-19 outbreak. Prime Minister Nguyen Xuan Phuc has informed leaders of other Southeast Asian countries about the postponement, according to the Ministry of Foreign Affairs. In February, a summit between ASEAN and the US that was scheduled to take place in Las Vegas on 14 March was postponed by the US. The president of the US Donald Trump had reportedly invited ASEAN leaders to the summit after he did not attend the 35th ASEAN Summit in Bangkok which took place in November last year.