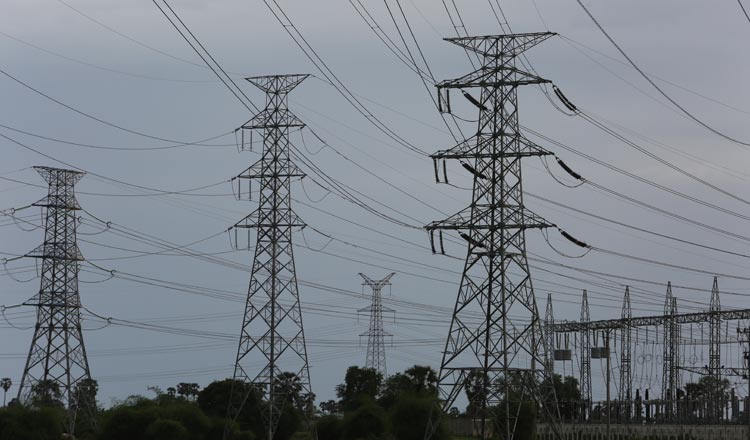 PH, Japan to boost economic cooperation with 26 investment agreements
(1 June 2019) Filipino President Rodrigo Duterte’s visit to Japan concluded with the signing of 26 investment agreements, as well as agreements to explore further cooperation in various sectors. Of the 26 agreements inked, 19 were letters of intent related to the manufacturing of cars, wire harnesses, printers, medical devices and electronics. According to trade secretary Ramon M. Lopez, some 120 business matching meetings were also held between Filipino and Japanese companies, and a memorandum of understanding on the supply of manpower services was also discussed. Lopez noted that these side meetings are expected to generate some US$17.45 million in potential Filipino exports to Japan in one to three years. Furthermore, agriculture secretary Emmanuel Pinol, who was also part of Duterte’s delegation to Japan, said that the Philippines is also seeking a uniform tariff for all agricultural exports to Japan, especially for bananas, pineapples and mangoes. Pinol says that they expect “positive results” from discussions with his Japanese counterpart. Meanwhile, a letter of intent was signed between the Philippines’ central bank governor Benjamin Diokno and Japanese finance minister Taro Aso to explore the establishment of a yen and peso direct trading framework. The proposed framework comes as both sides look to lower foreign exchange risks and encourage the use of local currencies in bilateral trade.

Cambodia seeks Japan’s help to build power lines connecting to Laos
(4 June 2019) Cambodian Prime Minister Hun Sen sought Japanese Prime Minister Shinzo Abe’s help to develop a high-voltage transmission network to transfer power from Laos to Cambodia during his recent trip to Japan to attend the Future of Asia conference held in Tokyo. According to Hun Sen, the transmission lines would transport 500 kilowatts of energy generated at Laos’ Dan Sahong hydropower dam which will begin operating in 2021. The request comes as Cambodia looks to increase its power supply through local production and imports to meet the country’s increasing appetite for power. According to Cambodian delegate minister Kao Kim Hourn, the two leaders also witnessed the inking of an extension agreement for nearly US$5 million in aid for the development of two projects, i.e. a US$1.8 million project to construct a container freight station and a US$3.1 million project to develop Cambodian human resources.

Japan ready to support additional samurai bonds issuance by Malaysia
(31 May 2019) Japan is willing to consider supporting the issuance of additional Samurai bonds (yen-denominated bonds issued in Tokyo by non-Japanese companies) if Malaysia wishes to do so, Japanese Prime Minister Shinzo Abe said during his bilateral meeting with Malaysian Prime Minister Mahathir Mohamad in Tokyo. Mahathir, for his part, said that doing so would certainly boost Malaysia’s financial portfolios while minimising its foreign exchange risks. According to a joint statement released after the meeting, both leaders also reviewed the progress made in other areas, such as a comprehensive study conducted by Japan on Malaysia’s transportation landscape, the establishment of the first Japanese university branch campus in Malaysia by the University of Tsukuba, as well as knowledge exchanges in the fields of defence and environmental management.

PHL, South Korea commence free trade agreement negotiations
(3 June 2019) The Philippines and South Korea have started their negotiations for a bilateral free trade agreement (FTA) which they hope to complete by November before the ASEAN-ROK summit, according to a joint statement issued on June 3. Additionally, the inaugural meeting of the Republic of Korea Joint Commission on Trade and Economic Cooperation (JCTEC) was also held on the sidelines of the FTA negotiations launch. According to Filipino trade secretary Ramon M. Lopez, the JCTEC will help “tackle a broader perspective of economic cooperation between the two countries.” Meanwhile, Lopez also hosted a high-level meeting with South Korean electric vehicle companies during his trip there, where he pitched the government’s plans to modify tariffs for e-vehicle products in accordance with the ASEAN free trade agreement, as well as its considerations for full e-vehicle utilisation and registration in the future. However, according to Lopez’s ministry, the South Korean e-vehicle industry players recommended the Filipino government to go further in providing incentives, such as through the provision of tax holidays, monetary support per unit made, cost-sharing for the establishment of charging outlets and battery replacement facilities, as well as incentives to boost local e-vehicle adoption such as free registration and free parking.

Singapore is India’s top source of foreign direct investment in last Indian financial year
(6 June 2019) Singapore was India’s largest source of foreign direct investment (FDI) in the last Indian financial year which ended on March 31, according to the latest data published by the Indian Department for Promotion of Industry and Internal Trade. According to the data, India received US$16.23 billion in FDI from Singapore during the year, which largely comprised Walmart’s US$16 billion acquisition of a 77% stake in Indian online retailer Flipkart in May 2018 (Walmart’s parent company is based in Singapore). Nonetheless, the report noted that Singapore was also the country’s top FDI source during its 2015-2016 financial year, accounting for almost a third of total inflows at the time. According to analysts, the rise in investments from Singapore can be attributed to bilateral tax treaty amendments inked in recent years, as well as Singapore’s position as a hub for firms to set up their regional base, from which to route FDI. India received a total of US$44.37 billion in FDI during the 2018-2019 financial year, with Singapore, Mauritius (US$8.08 billion), the Netherlands (US$3.87 billion), the US (US$3.14 billion) and Japan (US$2.97 billion) topping the list of FDI sources.

EU agrees to let Thailand negotiate export quotas
(3 June 2019) The European Union (EU) has agreed to allow Thailand to renegotiate its export quota for 31 items, said Thai trade negotiations department head Auramon Supthaweethum. According to Supthaweethum, the development follows two requests submitted by Thailand to the EU and United Kingdom respectively asking for the quotas of export items to be renegotiated ahead of the UK’s departure from the EU. This was important, she said, because the EU bought US$1.4 billion worth of the 31 items to be negotiated in 2017 alone, while the UK bought US$627.6 million worth of the 30 items that Thailand hopes to renegotiate with them respectively during the same year. Separately, members from the European Commission and European External Action Service landed in Cambodia on June 3 to begin what is reportedly its last fact-finding mission as part the EU’s formal process that could lead to the withdrawal of Cambodia’s Everything But Arms (EBA) trade privileges.

Thai-Myanmar pact to boost cross-border transport
(1 June 2019) The governments of Thailand and Myanmar will each grant 100 licences to transportation operators to travel on three routes between the countries beginning in September, said Thai land transport department head Phiraphon Thawonsuphacharoen. The three routes will connect key areas in both countries, including Myanmar’s city of Yangon and a port near the Thilawa Special Economic Zone, as well as Thailand’s city of Bangkok and Laem Chabang port in Chon Buri province. According to Thawonsuphacharoen, the licences will be processed in accordance with requirements under the Greater Mekong Subregion Cross-Border Transport Agreement. The routes start at Myawaddy-Mae Sot border checkpoint, and are aimed at boosting international tourism and logistics. He added that Thailand has also signed the same cross-border transport agreement with Laos and Vietnam as part of the country’s plans to boost economic activity in the region.

Myanmar’s current fiscal year deficit falls for the first time since 2013
(3 June 2019) Myanmar’s trade deficit has been reduced to US$905 million as of May 10 in the current fiscal year, with exports reaching US$10.15 billion during the period, said deputy commerce minister U Aung Htoo. Furthermore, the country’s trade deficit is expected to reach around US$500 million by the fiscal year ending September 30, with exports projected at US$15.3 billion and imports at US$15.8 billion. According to the deputy minister, the deficit can be reduced through encouraging export promotion. For instance, the country’s garment exports almost tripled to US$2.56 billion, up from US$800 million in the 2015-2016 fiscal year. Aquaculture product exports also saw a 65% increase from US$421.4 million in 2014-2015 to US$699.04 million in 2017-2018. As such, he said, the aquaculture sector is expected to bring in as much as US$1 billion by 2020.

April trade sees 2.6% year-on-year expansion reaching US$38.35 billion
(3 June 2019) Malaysia’s trade saw a 2.6% year-on-year increase reaching US$38.35 billion in April this year, according to a statement from its Ministry of International Trade and Industry (MITI). The country’s exports recorded a 1.1% increase reaching US$20.51 billion and its imports recorded a 4.4% increase reaching US$17.89, while its trade surplus saw a 16.6% decrease to reach US$2.62 billion. According to MITI, the country’s manufactured goods exports — which accounts for 85.1% of total exports — saw a 2.7% increase reaching US$17.46 billion, fuelled by higher exports of electrical and electronic (E&E) products, petroleum products, optical and scientific equipment, iron and steel products, and processed food. However, agriculture goods exports saw a 9.3% dip to US$1.31 billion due to the decrease in palm oil exports, while exports of mining goods also saw a slight 1.5% decrease to US$1.6 billion due to a decline in crude petroleum exports.

Singapore factory activity contracts for first time in over 2.5 years
(3 June 2019) Singapore’s Purchasing Managers’ Index (PMI) dipped below 50 points for the first time since August 2016 last month, as the manufacturing industry’s activity barometer slipped 0.4 points to 49.9 in May. According to The Straits Times, a reading above 50 indicates expansion while a reading below 50 indicates a general decline. The contraction felt by Singapore’s manufacturing sector was largely attributed to the intensifying trade tensions between the US and China, although the PMI’s overall performance had already been in decline in the last 12 out of 15 months. Singapore’s electronics sector PMI also contracted for the seventh consecutive month, which according to analysts, could be due to the decline in Chinese demand for manufactured goods — especially technology goods — made in Singapore.