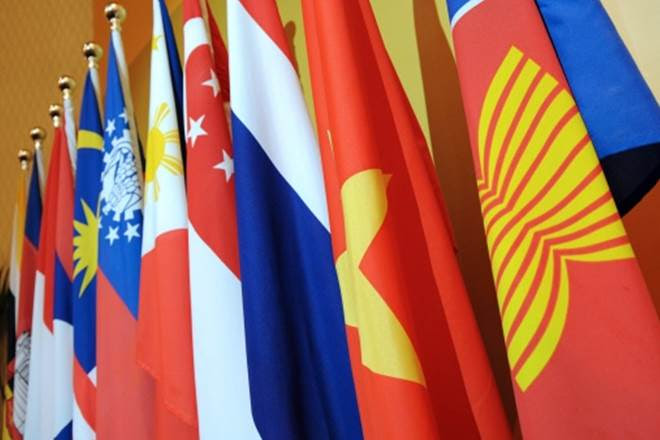 Foreign investors are going for more indirect investments in Vietnam
(8 September 2018) Indirect investments in Vietnam by foreign investors are on the rise as investments are made available through capital contribution and stake acquisition of local companies instead of pursuing direct investments. Vietnam’s Ministry of Planning and Investment’s Foreign Investment Agency (FIA) report noted that foreign investors carried out 4,551 transactions in the first eight months of 2018, to provide funds and purchase shares in local enterprises with a value of some US$5.3 billion an increase of 50.9 per cent from 2017. Investors from Thailand, Singapore, Japan and South Korea are the main contributors to the capital contribution and share purchase.

Myanmar’s volatile exchange rate leads to inflation in the country
(12 September 2018) The depreciating Myanmar Kyat has seen food and commodity prices in the market increasing, especially electronic goods, import, fuels and technical equipment. Since 2 July 2018, the reference exchange rate set by the Central Bank of Myanmar (CBM) has increased by more than 9 per cent to K1,542 per U.S. dollar on September 11. Consequently, the price of petrol, which is heavily imported, has also risen by 10 to 15 per cent. According to experts, the value of Myanmar’s currency is reducing more than normal, while and prices of significant imports are increasing, which will impact the cost of local products. Vietnam’s Central Statistical Organization (CSO) reported that the annual inflation rate of Myanmar rose from 6.45 per cent in June to 7.56 per cent in July. The CSO acknowledged the critical factor for rising inflation is because of the high dollar exchange rate increases the price of imports.

Laos continues to look at hydropower investments despite dam tragedy
(12 September 2018) The dam burst in Laos last July has led the Laos government to look into how the country will work on its hydropower investments. Laos’ Prime Minister Thongloun Sisoulith said his government had suspended approval of new dams and it would vet all dams under construction in the country. The move was taken after the collapse of part of a hydropower project in southern Attapeu province that had led to casualties and people losing homes. Sisoulith said the government would go through other options of renewable and clean energy generation such as solar and wind energy. In 2017, the country had 46 operating hydroelectric power plants, with 54 more planned or under construction, and sales of electricity are about 30 per cent of Laos’ exports.

Economic growth in Cambodia set to increase, says AMRO
(12 September 2018) The ASEAN+3 Macroeconomic Research Office (AMRO) reported that Cambodia’s economy is expected to continue its robust growth momentum in 2018, aided by increased infrastructure activities, better prospects for garment manufacturing and better growth in tourism. Cambodia’s economy is expected to grow at 7.2 per cent in 2018, better than the 7 per cent in 2017, while inflation stays low and stable. A statement from AMRO noted that higher government spending because of increasing public investment and public sector salary would only boost growth in 2018. Cambodia’s external position is improving due to increased foreign direct investment (FDI) inflows, which covers the current account deficit. Cambodia’s overall balance remains in surplus, which has led to a rise in foreign reserves from US$6.7 billion in 2016 to US$8.8 billion in 2017.

Indonesia and Vietnam aim for two-way trade to reach US$10 billion in 2020
(12 September 2018) Indonesian President Joko Widodo aims to see improved cooperation between Indonesia and Vietnam in the trade sector. In a joint statement with Vietnamese President Trần Đại Quang, he stated that in the last three years, trade between Vietnam and Indonesia reached US$6.8 billion and aims for trade to reach US$10 billion by 2020. One of the efforts to increase the trade value is to reduce trade barriers. Also, both countries will enhance cooperation in eradicating illegal fishing in their respective waters and agree to fast-track the settlement of the discussion of the Exclusive Economic Zone (EEZ) of Vietnam and Indonesia.

Singapore looks to attract more investments through a planned new bill
(11 September 2018) The introduction of the Variable Capital Company framework on 11 September 2018 is intended to make it easy for investment managers to register funds locally as Singapore is looking to tap into the vast US$69 trillion global asset-management industry. According to the Monetary Authority of Singapore (MAS), the new corporate structure bill will offer investors greater flexibility and can be utilised for both traditional and alternative strategies. The framework will enhance buffers by ensuring that assets and liabilities of each sub-fund is separated. It will also allow funds to apply both Singapore and international accounting standards.

Malaysia continues to support China’s Belt and Road Initiative (BRI)
(12 September 2018) Malaysia will not abandon the Belt and Road Initiative (BRI) and will work to improve Malaysia’s close relationship with China. Deputy Minister of International Trade and Industry Ong Kian Ming acknowledged the rumours of Malaysia leaving the initiative but said some had misconstrued the new government’s approach following the cancellation of some China-Malaysia projects. The deputy minister, who is in Nanning, China for the 15th China ASEAN Expo (CAEXPO) 2018 assured that Malaysia welcomes Chinese investment and the postponement of large-scale projects was to protect Malaysia’s financial position. He added that the initiative would only encourage more investment opportunities, especially from Malaysia.

Thailand will not increase policy interest rate for now
(12 September 2018) Thailand’s Finance Minister Apisak Tantivorawong assured that the country does not need to raise its policy interest rate for now as inflation is not at a harmful level. He added that the escalating trade war and government borrowing costs should be considered in determining the benchmark rate. Bank of Thailand’s key rate is at 1.50 per cent, which is near record lows since April 2015. The central bank will review the policy on 19 September 2018, when some experts predict that there will be a first rate hike since 2011.

The Philippines President to sign executive order to reduce inflation
(13 September 2018) To reduce inflation in the Philippines, President Rodrigo Duterte is expected to sign an Executive Order (EO) to tame price hikes in the country. According to his spokesman Harry Roque Jr, the economic cluster group will hand in the EO draft to the Office of the President, and the order is expected to remove regulatory constraints and non-tariff barriers on the importation of fish rice sugar, meat and vegetables. Inflation was recorded at 6.4 per cent in August 2018, the highest since it came in at 6.6 per cent in March 2009. It exceeded Bangko Sentral ng Pilipinas (BSP) projection of 5.9 per cent and the Department of Finance’s forecast that it will settle at 5.88 per cent.