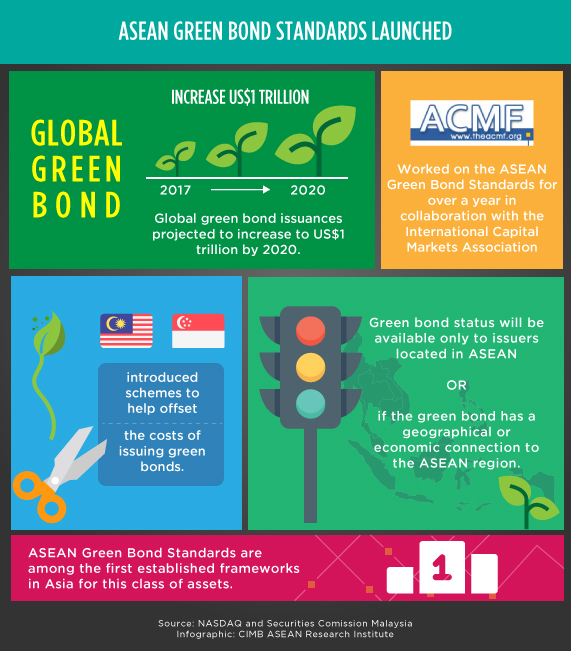 South Korea pledges US$1.7 billion in loan to Philippines
(9 November 2017) The Philippines Department of Finance (DOF) reported that South Korea will provide a $1.7-billion loan to the country to help implement the government’s priority programs. The DOF said fund would be used by the government to finance priority projects in the areas of transport, energy and information and communications technology. These financial instruments would be made available by the South Korean government through the Export-Import Bank of Korea (KEXIM), which manages its Economic Development Cooperation Fund (EDCF)

Japan looks to buy 40% stake in Indonesian bank
(9 November 2017) Bank of Tokyo-Mitsubishi UFJ is planning to buy roughly 40 percent of Indonesia’s Bank Danamon. The Mitsubishi UFJ Financial Group unit’s board will begin negotiations with Danamon and its majority shareholder, Singaporean state wealth fund Temasek Holdings, as well as with local authorities. The initial investment is seen at around 200 billion yen (US$1.76 billion). Foreign ownership of Indonesian banks is capped at 40 percent but this restriction can be relaxed for investors that meet certain requirements.

Malaysia’s central bank maintains interest rate
(9 November 2017) Bank Negara Malaysia (BNM) kept the benchmark policy interest rate unchanged but said that it may review its stance going ahead. BNM’s monetary policy committee held the Overnight Policy Rate at 3 percent at the last of its six scheduled meetings for 2017. BNM has kept interest rates unchanged since July 2016 when it unexpectedly cut the interest rate by 25 basis points.

Singapore launches new data platform for logistics
(9 November 2017) Singapore Senior Minister of State for Trade and Industry Dr Koh Poh Koon launched an new data platform for the logistics sector that allows various players along the supply chain to keep track of cargo movements. The data for Transport Integrated Platform (TRIP) will be collected from depots, port authorities and freight forwarders and shared with all of them to minimise unproductive trips and delays.

Philippine automotive sector outperforms regional neighbours
(8 November 2017) Latest data from the ASEAN Automotive Federation shows that automotive sales in the Philippines rose 15.9 percent in the first nine months of 2017 while local production jumped 30.1 percent during the same period. The Philippines has significantly increased vehicle production to 112,171 units from 86,244 units in the same period in 2016. In terms of vehicle sales, only the Philippines, Myanmar and Thailand recorded double-digit growth in the nine-month period, while others posted a low single-digit increase or a decline.

Vietnam’s e-commerce wary consumers may hinder progress
(7 November 2017) At the Vietnam Electronic Payment Forum 2017 (VEPF) Alibaba Group Chairman Jack Ma said Vietnamese consumers were too wary of cashless systems and that this could hamper mobile payment development in the country. He said the rate of cash transactions in Vietnam was too high, despite the huge potential to develop e-commerce in the country, given its young and active population. He added that mobile payment systems would decrease chances of cheating, corruption and pickpocketing as transactions would be safe and any fraud easy to detect.

Lao central banks look to cooperate with regional neighbours
(9 November 2017) The Bank of the Lao PDR (BOL) has said that it will enhance bilateral banking cooperation with the central banks of China, Cambodia, Vietnam and Thailand in efforts better manage payments in foreign currencies at international checkpoints and minimise unauthorised use of foreign currencies as this would negatively impact inflation and other monetary issues. BOL has also vowed to do more to enforce the Law on the Management of Foreign Exchange as well as encourage payments via banking systems, especially within the public sector.

Cambodian PM says opposition party likely to be dissolved
(8 November 2017) Prime Minister Hun Sen has said that the odds of the that Cambodia’s main opposition party will be dissolved stand at 100 to 1. His ruling party the Cambodia People’s Party (CPP) asked the Supreme Court to dissolve the Cambodia National Rescue Party (CNRP) after its leader, Kem Sokha, was arrested in September and charged with treason. Some critics see the crackdown on opposition as Hun Sen’s way of tightening his grip on power ahead of the 2018 elections.

PH Navy joins Asean exercises in Thailand
(8 November 2017) The Philippines will send a 600-man contingent to Thailand to participate in the first ASEAN Multilateral Naval Exercise (Amnex) to be held during November 13 to 22. Amnex 2017 is the first maritime security collaboration of navies in Southeast Asia that will be hosted by the Royal Thai Navy. This naval exercise will also be conducted in conjunction with the commemoration of Asean’s 50th founding anniversary along with the International Fleet Review and the 11th Asean Navy Chief’s Meeting.