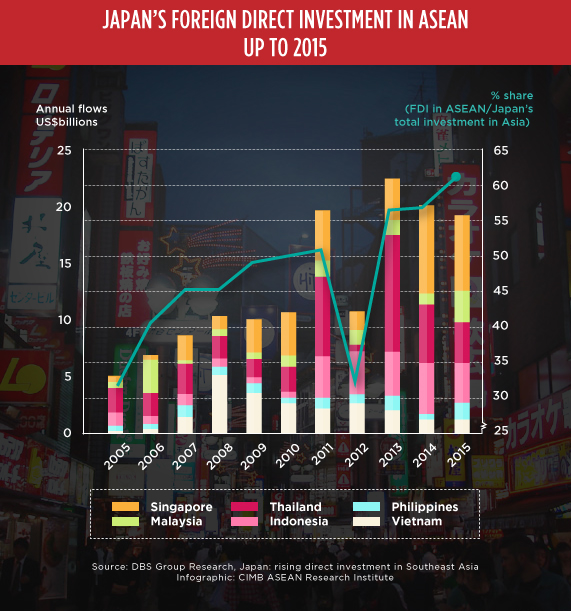 Cambodia to ask Japan US$800 million investment in skytrain
(7 August 2017) Cambodia will request Japan to invest US$800 million in a skytrain system to connect the country’s international airport to the state capital Phnom Penh. According to Cambodia’s Prime Minister Hun Sen during his visit to Tokyo, the two countries are expected to sign two other agreements after discussions with Japanese Prime Minister Shinzo Abe. Hun Sen added that Japan is Cambodia’s third largest investor and the trade between the two countries reached US$1.3 billion in 2016.

Philippines to ink double taxation agreement with Brunei
(8 August 2017) Philippines is set to ink a double taxation agreement (DTA) with Brunei as part of its commitments under the regional integration framework. According to Internal Revenue Assistant Commissioner Marissa O. Cabreros, the DTA will be signed after the two countries finalise details. The Philippines is to prepare DTAs with Cambodia, Laos and Myanmar by 2018. Currently, the Philippines has DTAs with five other ASEAN countries which are Malaysia, Singapore, Thailand, Indonesia and Vietnam.

ASEAN plus three to strengthen financial cooperation
(7 August 2017) Foreign Ministers of ASEAN, Japan, China and South Korea agreed to increase financial cooperation for economic stability in the region. According to Japan’s new Foreign Minister Taro Kuno, Tokyo will work closely with ASEAN to predict regional and world economic crises and the country pledged to make efforts to curb the growing protectionism in the region and globally. During the meeting participants also discussed issues on the free trade agreements between ASEAN and its external economic partners, the region‘s infrastructure and maritime order and threats from North Korea.

Duterte’s infrastructure campaign leads to fall in peso
(6 August 2017) The Philippines’ President Rodrigo Duterte’s ‘Build, Build, Build’ infrastructure campaign has led to a fall in the peso. Duterte’s government plan to fund US$180 billion worth of infrastructure projects across the country has led to the peso being the worst performing currency in Asia this year, hitting lows of close to 51 per dollar in July. However, Duterte’s administration dismisses the warning as according to the Philippines’ central bank Deputy Governor Diwa Guinigundo, the weak peso will increase purchasing power of Filipinos and will improve export demand in the long term.

South Korea aggressively invest in ASEAN
(8 August 2017) South Korea has been actively investing in ASEAN countries and has become the country’s second largest trading partner since the signing of the Korea-ASEAN free trade agreement 10 years ago. Government and business industry sources reported that South Korea’s export to ASEAN reached US$118.8 billion in 2016 with investments of US$350 million and construction projects of US$8.8 billion. South Korean investments continue to rise in ASEAN as it looks for alternative markets after China took retaliatory action against its deployment of the U.S. Terminal High Altitude Area Defense (THAAD) system.

India: ASEAN occupies central place in security planning
(6 August 2017) India says that ASEAN is central to the planning of security in the Asia-Pacific region. At the 15th ASEAN-India Foreign Ministers Meeting, Indian Minister of State for External Affairs V K Singh said that It is our view that precisely because ASEAN represents the cultural, commercial and physical cross-roads of the region, it has a unique ability to reflect and harmonise larger interests of the world beyond it. It has been 25 years since the India-ASEAN relationship formally began and this milestone will be celebrated through the ASEAN-India Commemorative Summit where both countries will discuss prosperity, stability and security of the region.

Indonesia and Russia cooperate to counter terrorism
(10 August 2017) Indonesia and Russia look to strengthen cooperation in areas of cyber security and curbing terrorism radicalism spreads in Southeast Asia. According to Russian Foreign Minister Sergei Lavrov, the two parties agreed to increase coordination in fighting the Islamic State of Iraq and Syria (ISIS) which has disrupted peace in countries including Indonesia. Retno Marsudi, Foreign Minister of Indonesia acknowledged the strong ties between the two countries on political and defence issues and that Indonesia wanted to deepen trading ties with Russia.

Manila wants to push the removal of non-tariff barriers
(10 August 2017) The Philippines government is concerned with the region’s increasing protectionism in the form of non-tariff barriers (NTBs) which has led to a decrease in the country’s trade. According to Socioeconomic Planning Secretary Ernesto M. Pernia and local economists, the Philippines has the advantage of ASEAN’s Chairmanship to push for the removal of NTBs which is affecting intra-ASEAN trade. Data from the Philippine Statistics Authority showed that the country’s total trade dropped 1.2 percent in June, after posting 10 consecutive months of positive growth since August 2016.

ASEAN’s FDI predicted to reach US$ 100 billion
(11 August 2017) ASEAN’s foreign direct investment (FDI) has been steadily increasing this year and is expected to surpass US$100 billion from the current US$ 97.7 billion. According to Malaysian International Trade and Industry Minister Datuk Seri Mustapa Mohamed, FDI flows into ASEAN states in the last five years came to US$565.5 billion with major investors coming from ASEAN, the European Union, Japan and the United States. Meanwhile, trade between ASEAN nations shows an upward trend with ASEAN companies investing US$23.9 billion in the region and increase of 12.2% since 2015 due to lower cost of doing business in the region.