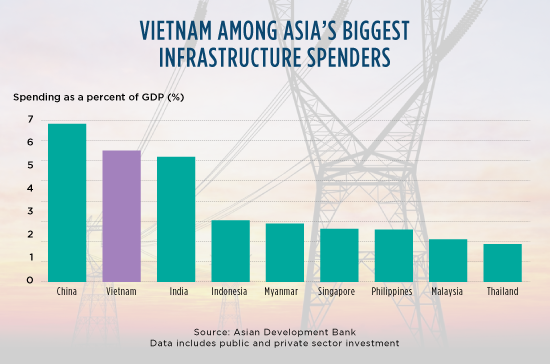 Philippines fear that China will be building in Scarborough Shoal
Filipino ministers are unhappy about China’s plan to build a radar station in a disputed area of the South China Sea. This has once again brought up tensions that were simmering below the surface. Philippines’ foreign secretary Enrique Manalo said that they had sought clarification from China over the plans. However, China’s foreign minister denied any such plans citing that China placed “great importance” on its relationship with the Philippines. This puts a damper on President Duterte’s attempts to woo China through diplomacy.
Source: Financial Times (22 March 2017)

Malaysia doing well in intellectual property protection
President of the ASEAN Intellectual Property Association (ASEAN IPA), Chew Phye Keat said that Malaysia comes in second after Singapore among ASEAN and 19th in the world in the latest US Chamber of Commerce International IP Index. The report was released in February 2017. Malaysia is ranked ahead of Brunei, Indonesia, Philippines, Thailand and Vietnam. Asean IPA, a private sector-based association, with ASEAN non-governmental organisation status, is dedicated to supporting IP protection in the region. Chew also said that the IP Index this year paid special attention to the issues of discrimination and restrictions on the use of brands in the packaging.
Source: The Star (21 March 2017)
Source: US Chamber of Commerce 2017 International IP Index

Indonesia collects US$337 billion during tax amnesty
Indonesian Finance Minister Sri Mulyani Indrawati is looking for more tax evaders to declare their assets as the country comes close to the end of a tax amnesty period. President Joko Widodo is pushing for major tax reforms to increase revenue in order to fund large public projects such as infrastructure. It was hoped that US$300 billion would to be collected during this period but the collections have surpassed this target reaching US$337 billion.
Source: The Straits Times (22 March 2017)

Cambodia reacts to NGO report
A report by the Asean Parliamentarians for Human Rights (APHR) titled, “Death Knell for Democracy: Attacks on Lawmakers and the Threat to Cambodia’s Institutions” accuses the government of threatening democracy in the country and calls for the repeal of the amendments to the Law on Political Parties. This report has elicited a response from Cambodian Foreign Affairs Ministry. In a statement the Ministry called the report “outrageous” further saying that the report lacked facts to back up the allegations made.
Source: Cambodia Daily (23 March 2017)

Increased air links between Cambodia and Laos
Cambodia and Laos signed a memorandum of understanding to encourage regional airlines to operate more flights between the two countries. This is to meet the increased demand from tourists and also in a bid to boost tourists travelling between the countries. Vann Chanty, director for air transport at Cambodia’s State Secretariat of Civil Aviation, said that the the passenger load between the two countries had increased by 5 percent last year up to 178,000 and the target was to reach 200,000 in the next two years.
Source: Bangkok Post (22 March 2017)

Laos and Malaysia look to expand ties
Laos Foreign Minister Saleumxay Kommasith and Malaysian Foreign Minister Datuk Seri Anifah Aman said that they are keen to expand cooperations to the banking, finance, transportation, tourism, education and defence sectors for mutual benefit. During a speech Kommasith, also expressed gratitude and appreciation to the Malaysian government and people for their efforts to bring greater economic and social development to Laos. In 2016, Malaysia’s total trade with Laos stood at US$30.96 million which is a 120 percent increase over 2015.
Source: The Malay Mail Online (17 March 2017)

Philippines to welcome ASEAN banks
The Philippines is set to open up its banking sector further by signing agreements with two more ASEAN countries next month. This is in an effort to deepen financial integration and bring about economic development as per the ASEAN Economic Community. This was announced by Philippines Central Bank Governor Amando Tetangco Jr. The Philippines signed a similar agreement with Malaysia in March of 2016.The agreement allows up to three qualified ASEAN banks (QABs) from Malaysia to operate in the Philippines.
Source: PhilStar (22 March 2017)

Myanmar struggles to keep foreign investors satisfied
While the World Bank projects Myanmar’s growth rate to be at 7 percent this year the country continues to struggle to ensure that its foreign investors are kept satisfied. The World Bank pointed out in January this year that there is a lack of clarity in the government’s communication of economic policies. Furthermore many believe that the coalition government lacks a coherent economic strategy and regulatory framework that would incentivise foreign investors. Additionally, some of the other problems currently faced by companies operating in the country are poor logistics such as lack of paved roads.
Source: Bloomberg (17 March 2017)