Biden needs fresh thinking and more than one term

FORGET about the first 100 days. US President Joe Biden would need more than one term to achieve his ambitious policy objectives. Even then, without fresh strategic thinking, there is no likelihood there will be a return to the status quo ante, which appears to be his desire for America. 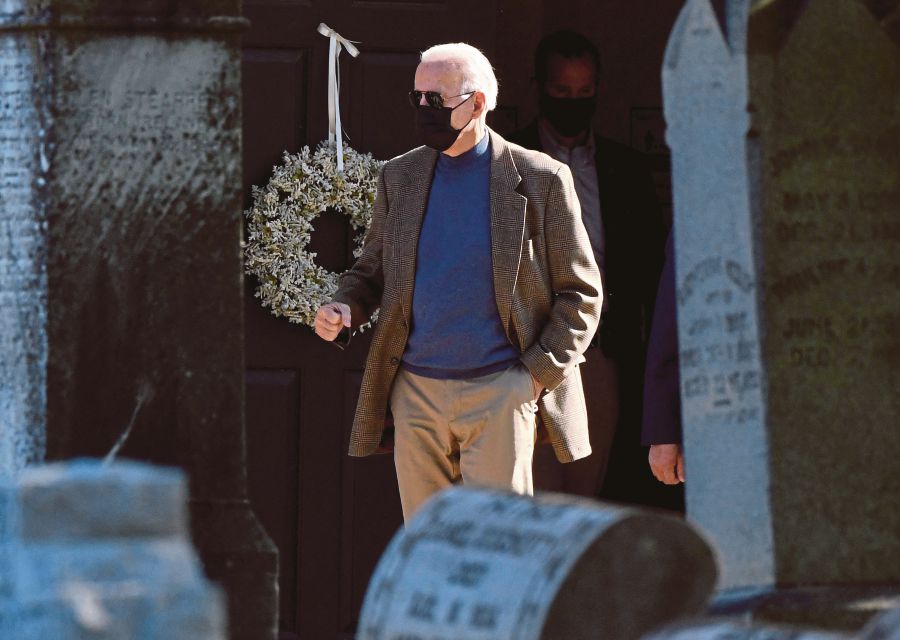 The rise of China certainly has something to do with it, but there has also been American decline. Emotional, irrational and illegal reaction to 9/11 and the wars that followed showed lack of strategic and moral leadership, a constant shortfall in many US actions and policies leading to the present time. There was also the implosion and systemic failure of the Western Financial Crisis of 2008, which exposed management failure and double standards.

Fast forward to the last decade or so, we see a deeply divided American society where even consensus on its very own system of liberal democracy has been torn up.

The Trump years and the Capitol Insurrection were just a culmination of this division which will take more than four years to heal. It is amazing that Trump got 73.5 million votes last year to Biden’s 79.3 million, despite the fact he absolutely mismanaged the Covid-19 pandemic causing unconscionable deaths and suffering. And Trump is not finished yet.

Meanwhile, decrepit infrastructure was not attended to. Cut backs in R&D and lack of investment in advanced technologies continued.

In Asia there was the Obama pivot that never was, withdrawal from the TPP — and the trade war against China which does not appear to have hurt the rising power but, on the contrary, hit the pockets of American consumers and revenues of US companies.

China has forged ahead in 5G, high-speed rail, solar and wind energy, electronic payments platforms and so on. With the BRI (Belt and Road Initiative) from 2013, warts and all, and the AIIB (Asian Infrastructure Investment Bank) in 2015, a strategic network of development is in place with China, however much it is denied, at its centre.

Last year, for the first time, Asean became China’s largest trading partner. For the past 12 years, China has been Asean’s.

The RCEP (Regional Comprehensive Economic Partnership), signed last year and likely to be ratified by enough of its 15 member states to come into force by the end of this year, is in place. This is the largest trade agreement in the world. Almost one third of everything: of global population, of global output, of global trade.

China has also expressed interest in joining the CPTPP (Comprehensive and Progressive Agreement for Trans-Pacific Partnership), the successor to the TPP which the US ditched, an 11-member high quality agreement which has some overlapping membership with RCEP, but includes four countries in the Americas on the other side of the Pacific. The UK has formally requested accession. Indonesia, the Philippines, South Korea, Taiwan and Thailand have also expressed interest to join.

Already in force since December 2018, the CPTPP is an option any strategically-minded US president must look at to lock into the Asia-Pacific trade infrastructure, as a precursor perhaps to an American-led the FTAAP (Free Trade Area of the Asia-Pacific) often talked about at APEC. This is not being offered by the Biden administration.

Can America afford to continue to lock itself out? Does it not see the geo-economic irony of China being the largest trading partner of every US security ally in the Asia-Pacific?

This is the most important consideration that Biden has not taken into account as he plots his “America is back” future. His policy trajectory is rather like Trump’s “Make America Great Again” with greater style and calmness.

If Biden plans to come back to Asia, which he has identified as his priority, as “spoiler” by playing up geopolitical considerations with allies bilaterally or multilaterally through the Quad (comprising the US, Japan, Australia and India), whose name is actually a throwback to the alliance among the monarchist powers in Europe 1813-15, he is unlikely to succeed.

Biden has not shown an understanding of economic determinism in global geopolitics. He has not grasped how much the world has changed, particularly in Asia, since America was absent. He is still informed by traditional diplomacy, which does not give enough weight to the geo-economics. If it does, because of the position of the dollar as the world’s reserve currency, that too is not immutable and, indeed, may be changing in this digital currency era.

Biden has good instincts but is pursuing his objectives mostly the wrong way around strategically. He is certainly right to want democracy to triumph over autocracy, but he has to show that it works for people, not in the realm of ideas and value systems, but in their lives.

It is not working, with a vengeance in India with the Covid-19 avoidable tragedy right now, as it did not for so long in America under Trump with no check and balance as promised in American democracy.

He is right to fight for human rights but, as they say, charity begins at home. Yes, there are institutions of law and order and corrections and justice, but racism in America is pervasive and endemic. He is right to address this. However there is a long way to go. He is undermined at home and China or whoever else under attack for human rights violations, is not letting this go.

He has to connect domestic recovery — political, economic and social — with external strength. There is no time as the world moves on, but he cannot be premature. There must be more strategy in his thinking, and better sequencing in his initiatives towards mostly commendable objectives.

Go for the functional and not the jugular. Alaska was an over-reach which was cut down. Fight against climate change. This is absolutely right, urgent and existential. That summit to show America leadership was a success. However, it is being watched closely. There are memories. Clinton went with Kyoto and the Senate blocked it. Obama got into the Paris agreement and Trump dumped it. 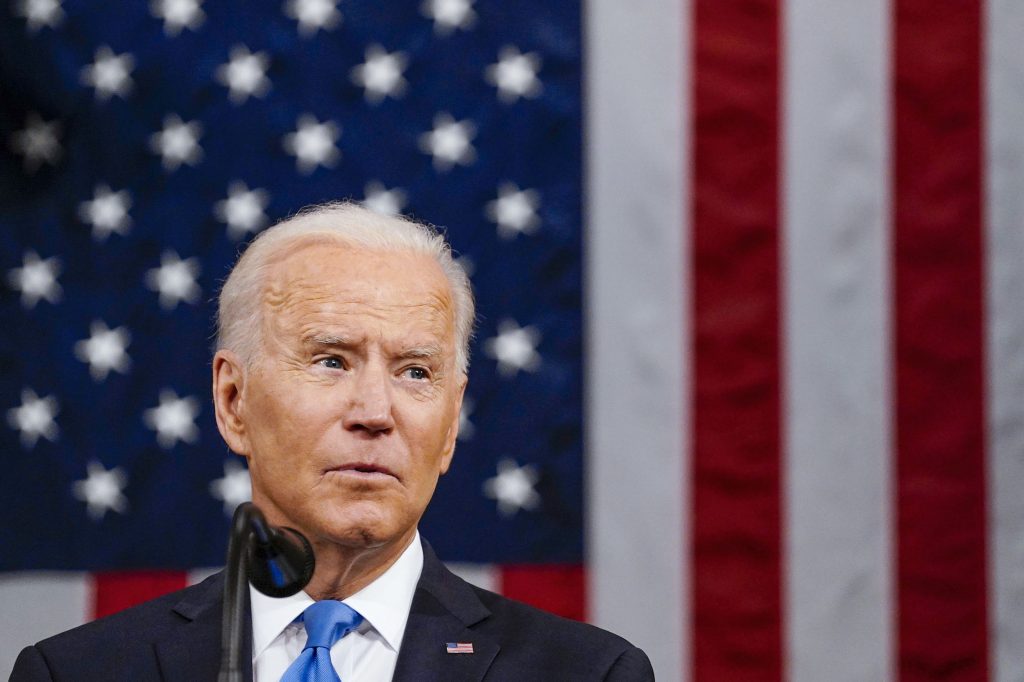 As President Biden himself observed in his speech to the joint session of Congress marking his first one hundred days, foreign leaders are happy America is back, but they are asking for how long.

The American president is absolutely right to throw the money at rebuilding the economy and infrastructure — he has boosted spending by almost 15 per cent of US GDP. There will be issues with Republicans on taxing the rich. And fears of inflation. He has shown strength of character to take on these political risks. He knows otherwise the US will decline further

He is wrong, however, to jump on the anti-China bandwagon for domestic political support. He is wrong to continue with the trade war, even if he mistakenly wants to use it as a bargaining chip.

It won’t work because China has not been pushed into a corner. Instead, he has to tell the American people how to compete with China, not be afraid or demonise that country.

It is not just on the domestic economy that Biden has most work to do. It is also on the global economy. The US has actually been withdrawing from the international economy and free trade agreements, even as China has been moving forward.

There is a blind spot in America about globalisation. The biggest challenge facing Biden actually is getting globalisation accepted domestically.

Globalisation is seen as bad because of job loss and growing inequality. It must, therefore, be clearly explained that it is the restructuring of the economy — and not imports — that has caused job losses.

For all the talk, Chinese imports caused two million job losses in an American workforce of 150 million.

The benefits of globalisation, on the other hand, have been unequal, the richest getting obscenely richer, the poor not moving up at all. This is the problem. Biden must address inequality from which springs most of US nativism and must make the case for globalisation.

A great irony of blinkered American domestic thinking is how much there is of American investment in the world. It remains strong.

While we noted China is Asean’s biggest trade partner, we should also recognise, which the American public does not seem to, US investment in the region has been growing at 10 per cent per annum in the past decade and totals US$320 billion.

In fact US investment in Asean is more than in China, India, Japan and Korea combined! One third of US investment abroad is actually in Asia Pacific. Why is public opinion and policy not engaged with this reality? Why are American minds not building on this geo-economic presence and only talking about geopolitical competition?

While Biden says Asia Pacific, or Indo-Pacific as is the preferred Western terminology these days, is of prime importance, he should not see it as a matter of wading in and displacing China in some geopolitical contest.

It is a matter of using assets already there, and adding to them, and putting them to use better, yes better than China why not, showing sustainable results and engagement which would draw widespread support and recognition.

One hundred days into the Biden administration, we are yet to see this kind of strategic wisdom.