CARI Viewpoints: Innovations in Digital Healthcare provides opportunities for ASEAN to provide more affordable and inclusive healthcare for the poor

The CIMB ASEAN Research Institute (CARI) in collaboration with the ASEAN-BAC Malaysia Healthcare Working Group held an ASEAN Roundtable Series on “Smart Showcase Series: ASEAN Healthcare Dialogue”. The roundtable was held on 20 November 2019 alongside the ASEAN Health Summit & Exhibition which was held at Perdana Hall, MITI Tower, from 20-21 November.

Entitled “Making Digital Healthcare Affordable and Accessible in ASEAN 4.0,” the roundtable looked at how innovation in the digital space, whether it be artificial intelligence (AI), blockchain, robotics and the internet-of-things (IoT), could be leveraged to increase efficiencies, reduce medical costs, and detect life-threatening illnesses earlier.

Malaysia in the Digital Healthcare Sphere

The session was opened by YB Dr. Lee Boon Chye, who discussed what Malaysia is doing specifically in the realm of Digital Healthcare. He stated that Malaysia has a “real vision” in providing accessible healthcare for all Malaysians, and that he hopes private enterprises can aid in this endeavour by providing innovative solutions such as wearables, online appointment making, home care etc. He gave an example of one initiative the Malaysian government is undertaking, which is the Malaysian Health Data Warehouse, a patient data collection system.

Hazmin Rahim stated that a technology company such as SAP Malaysia would welcome opportunities to collaborate with governments and non-profit organisations to find new innovative ways of providing better quality healthcare.

Tan Sri Munir Majid elaborated on what ASEAN as a whole is doing in terms of Digital Healthcare. He noted that the Healthcare Working Group established by ASEAN-BAC Malaysia is the first of its kind, and was set up to push for specific proposals on ASEAN healthcare integration. One example he provides is establishing common standards on the manufacturing of healthcare equipment, which would help facilitate the free flow of products within ASEAN.

Dr. Schabacker observed that ASEAN is currently undergoing the twin dynamics of an ageing population and rapid urbanisation. While he agrees that digital technologies may provide solutions to some of the problems brought on by these dynamics, the adoption of said technologies must be based on evidence-based standards and independent evaluations given the humanitarian cost of healthcare. He believes that ASEAN has the obligation to set these standards before allowing the free flow of goods. He also opines that given the speed at which the healthcare world is moving, it is incumbent on all stakeholders in the healthcare world to work together.

Arin Jira for his part reiterated his concern that any discussions involving healthcare should be mindful of the fact that healthcare remains out of reach for many of ASEAN’s poorest. He challenged healthcare technologists to come up with a scheme that would replicate the evolution of the mobile phone, pointing to the increasing affordability of the latter.

On how ASEAN could deliver better and more affordable health care, Dr. Schabacker believes that ASEAN must focus on proven solutions rather than exciting or “fancy” solutions in light of limited resources.

Professor Bloom expanded the discussion by noting that this focus on urbanisation might ignore the needs of rural populations, and that digital innovations might help meet both needs. He provided the example of the US-based startup HealthTap, which provides free medical consultations from certified doctors.

Professor Bloom complimented the idea of integrating data systems across ASEAN, since it would allow the pooling together of data from different countries to allow policymakers to make optimal decisions when designing healthcare systems. YB Dr. Lee, however, observed that there are still many barriers in implementing a uniform ASEAN-wide framework.

The issue of price benchmarking was raised where inconsistent pricing has been observed. YB Dr. Lee suggested that ASEAN could leverage upon its single community when negotiating for lower prices with pharmaceutical and technology companies. He added however that the disparity of economic development across ASEAN would make benchmarking difficult.

In response to another query on how pharmaceutical companies can be encouraged to lower drug prices to meet public policy objectives, YB Dr. Lee stated that lowering the costs of doing business through a single regulatory agency may be beneficial, although he conceded this is not a foolproof plan.

A Digital Healthcare Roadmap for ASEAN?

Noting the common consensus among the panellists for greater cooperation, the panellists discussed whether it was time for a digital healthcare roadmap for ASEAN. YB Dr. Lee opined that Malaysia could perhaps serve as a “conduit” for cooperation between more and less developed ASEAN Member States, although Tan Sri Munir believes that implementing specific projects would be more impactful than more roadmaps.

Mr Perraudin stressed an effective roadmap and/or public-private partnership would require identifying the appropriate end goals and working backwards from there. Dr. Schabacker added that one end goal in particular, we should consider is patient safety, since new technologies may bring their own problems with them.

On the topic of the importance of diagnostics and preventative care, Dr. Bloom argued that promoting cheaper diagnostics could certainly be useful in reducing healthcare costs by catching diseases early on. He also argued that from a financial standpoint, it would make more sense to finance certain health systems through debt rather than taxation, since the benefits would be accrued later on. YB Dr. Lee also agreed, pointing to recent advancements in creating a more accurate and faster diagnostics. Dr. Schabacker warned that better diagnostics will ultimately have to be accompanied by effective care to have a meaningful impact.

In his concluding remarks, YB Dr. Lee observed that to expand the quality and cost-effectiveness of healthcare, two key areas that should be focused on include preventative care and patient empowerment. He stated that digital healthcare can serve as an enabler, rather than an end goal, in achieving these two respective objectives.

Dr. Bloom, for his part, observed that the discussions made in the session provided optimism that the future challenges facing the healthcare sector can be overcome. 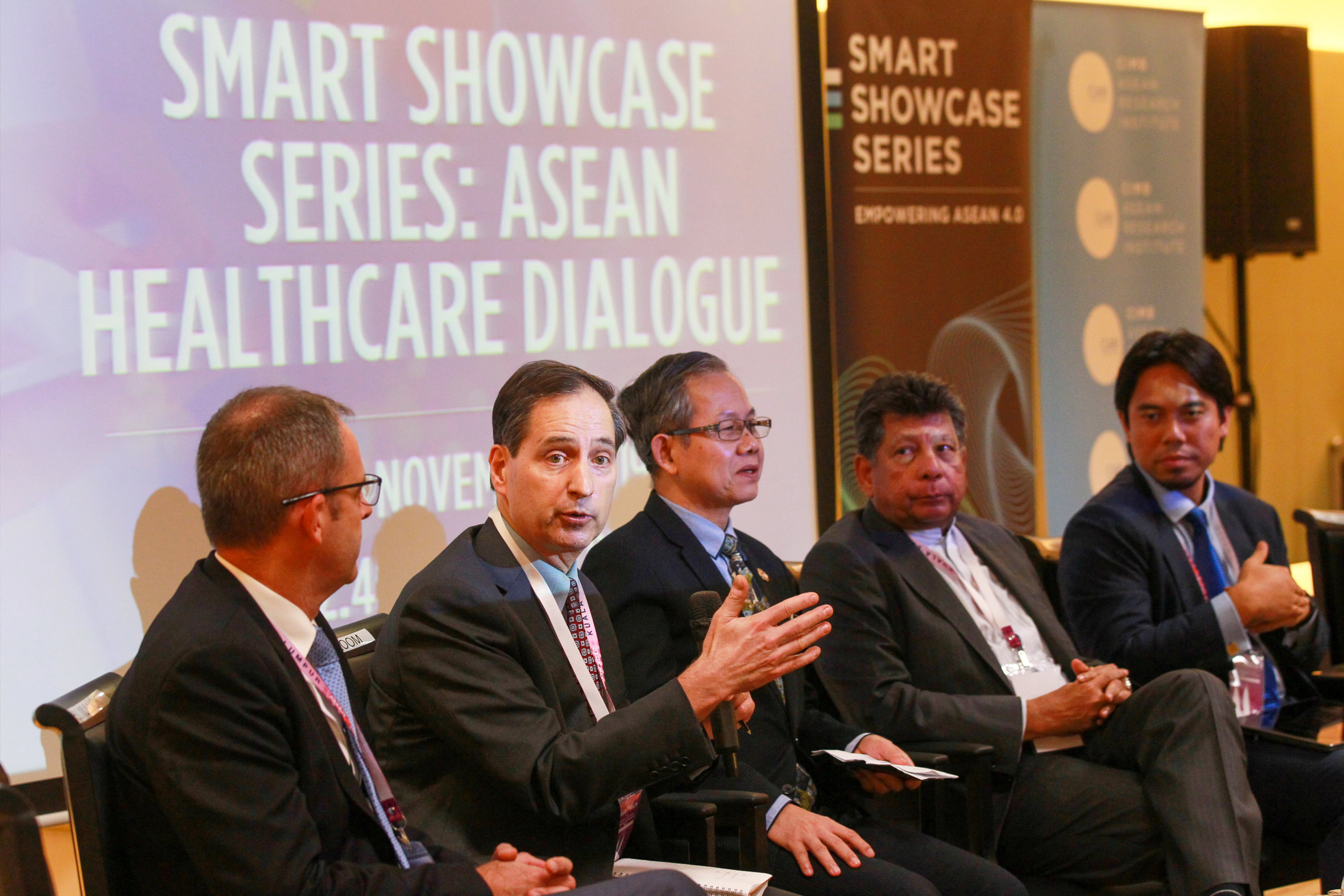 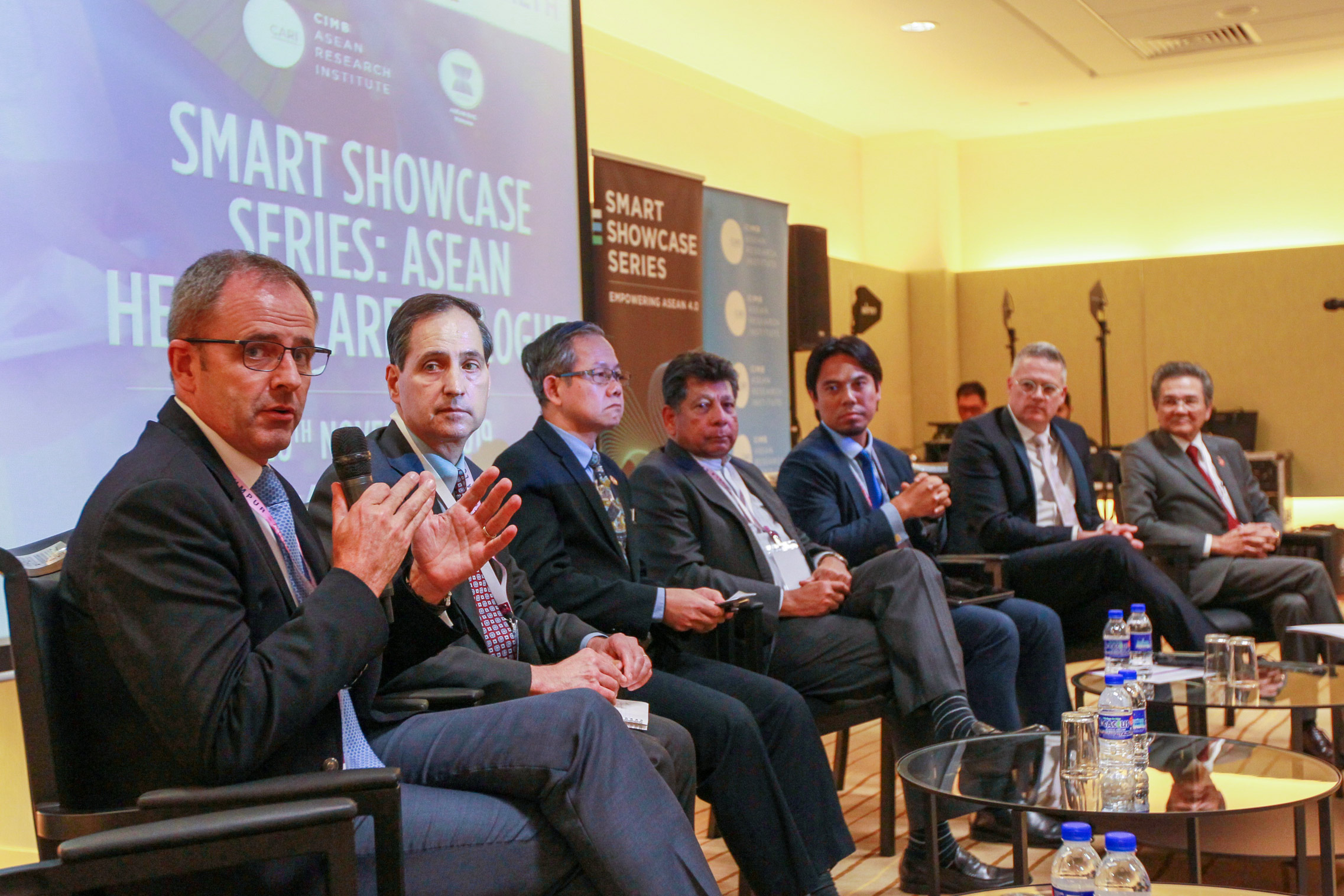