ASEAN Roundtable Series: Pivoting towards a new approach for Australia-ASEAN business engagement and growth in the digital age

Australia was ASEAN’s first dialogue partner in 1974 however, the economic relation between the two has not grown to its potential, especially with the populations of both nations being so closely connected. Approximately, 896,000 people claimed heritage from ASEAN nations in the last Australian census, while over 1.3 million people from ASEAN visit Australia each year and Australians made three million trips to ASEAN countries in 2016.

ASEAN now represents around 15 percent of Australia’s total trade and is the country’s third largest trading partner, after China and the European Union, but Australian foreign direct investment to ASEAN is heavily skewed towards Singapore with approximately US$3.2 billion invested in the city-state in 2016. This signals that more can be done to drive a deeper business engagement between all ASEAN countries and Australia. Southeast Asia’s massive internet economy which is expected to be worth US$200 billion by 2025 signals changing dynamics in relations and engagement between ASEAN and Australia.

1. The Digital Age and Businesses

Panelists described how their businesses were adapting to the digital age and tapping into the potential of the ASEAN market.

Marcus Luer, Founder and Group Chief Executive of Total Sports Asia began by elaborating how consumption habits have changed and how his sports content and branding solutions company is adapting. He pointed to the shift in consumption from T.V. to mobile phones observing the that days of bundling (multiple products sold as one collection of offerings) were over and the advent of over-the-top (OTT) services such as Netflix is now the norm. This has forced all content providers to search for alternative streams of revenues. He went on to explain how Total Sports Asia is adapting to the changes in the economy by providing a mobile-centric live streaming platform for sports fans in ASEAN focusing on niche sports for a demographic of fans known as displaced fans who do not follow mainstream sports.

AirAsia Berhad CEO Aireen Omar spoke about how the low cost carrier is taking advantage of the digital revolution by creating an ecosystem of services. She explained how AirAsia has embraced technology to allow the company to improve processes and operations. Examples include how the company is working with universities to research food technologies to reduce food wastage on board flights, using tech to improve productivity, exploring ways to leverage on facial recognition, block-chain technology and biometrics to make check-in seamless. Aireen also touched upon AirAsia’s involvement in the fintech industry and how they are building up a points system for AirAsia customers which will be eventually be used as a cryptocurrency. Finally, Aireen spoke about the company’s plans to create a global marketplace similar to that of Amazon as they have the advantage of an existing logistics network through their airlines business.

2. Competition in the Digital Age

With businesses in ASEAN adapting to the digital age and beginning to do business across borders, Rod Sims, Chairman of Australian Competition and Consumer Commission discussed the importance of competition laws in ASEAN and Australia emphasising on how the right regulation in this digital age can encourage businesses to expand further.

Rod is of the opinion that the technological age is fantastic for competition, consumers and businesses as it lowers entry barriers. He gave the example of Amazon, which is readying itself to enter the Australian market, commenting that it will bring more competition to sectors that are too concentrated and provide consumers with lower prices and better services.

Rod added that, “General laws are always better than specific laws or industry specific laws because those will be too intrusive and targeted at individual problems and that’s where you curb innovation. General laws encourage innovation and a framework for doing business.”

When asked about growing nationalist sentiments across the globe and the “national champion” argument put forth by certain governments pursuing protectionist measures, he responded by saying that the “national champions” arguments is invalid and not supported by any evidence. He added that the problem with this argument is that companies become good local operators but are unable to operate overseas as they are not flexible enough and that technology will it will make it increasingly difficult for countries to close their borders.

3. Opportunities and Challenges in ASEAN-Australia Business Relations in the Digital Age

Overall, the panelists and participants identified the following factors as challenges faced by Australian businesses in breaking into the ASEAN market:

Separately, Matt Barrie, CEO of Freelancer.com and CEO of Escrow highlighted the issue of differing regulations in various jurisdictions which also affects businesses which operate largely online including data collection and retention and taxation. He noted that while businesses such as Freelancer.com are able to operate online in virtually any country with relative ease others such as Escrow, also an online financial services platform, continue to face regulatory challenges due to industry specific laws which differ in each jurisdiction of operation.

Nic Lim, Executive Chairman of 8common Limited elaborated his company’s experience in working with the New South Wales (NSW) government which he felt could be used as best practices for governments in Southeast Asia which endeavour to work with private sector in the future. He said the NSW government had made it simple to work with them by

hs in advance – which reduces uncertainty and allows private businesses to understand what the government has planned for the foreseeable future and;

Tan Sri Munir Majid commented that while there were several challenges to doing business in ASEAN that there were also many opportunities available, especially as technology continues to break down barriers. He gave the example of a Malaysian doctor who cannot practice in Indonesia due to his lack of Indonesian qualifications but who can now use telemedicine to consult with patients in Indonesia. He also gave the example of ZicoLaw which operates in 10 separate countries despite the fact that their lawyers cannot appear in court in all 10 jurisdictions but technology has facilitated this.

While he noted that bigger companies may have the clout to solve problems discussed during the roundtable, smaller companies will find it more difficult. Hence, the ASEAN Business Club and CARI conduct research and advocacy work to remove barriers for all businesses. He said that five key areas have been identified where barriers need to be removed: healthcare, e-commerce, retail, agri-food and tourism. He emphasised that with the support of and feedback from businesses within ASEAN and Australia, these organisations will work on pushing forward the changes needed to accommodate business better in ASEAN.

Tan Sri Munir Majid concluded the session by observing that there has been much progress made and that there were many practical proposals put forward by the panellists. However, he said that ASEAN countries need to be less suspicious of proposals from other member countries and this is where consultants can play a role in providing a more neutral face when proposing reforms especially in relation to harmonisation of rules. More developed nations in ASEAN need to somehow encourage less developed countries in taking on board reforms without making them feel inferior. 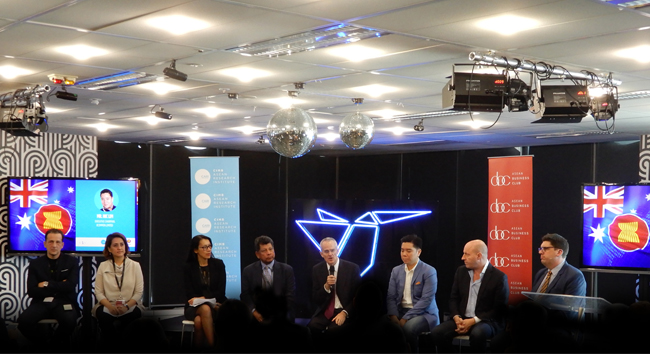 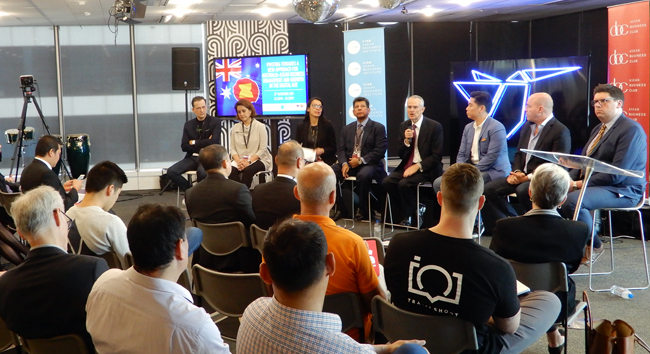 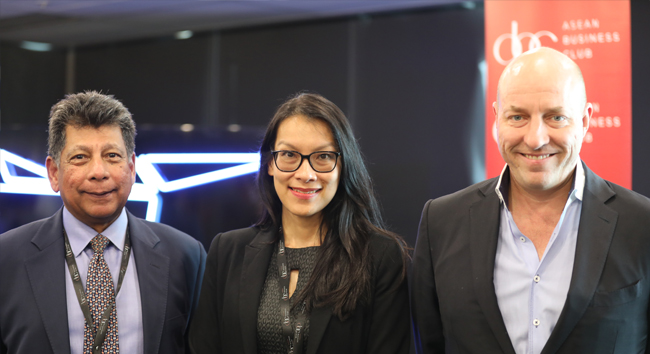 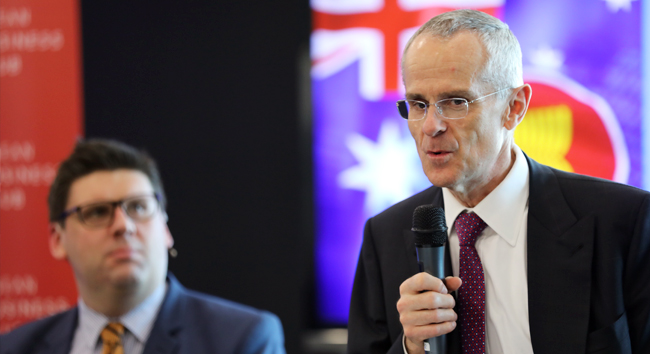 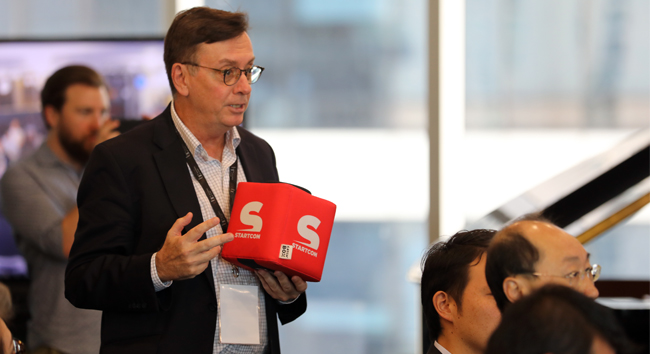 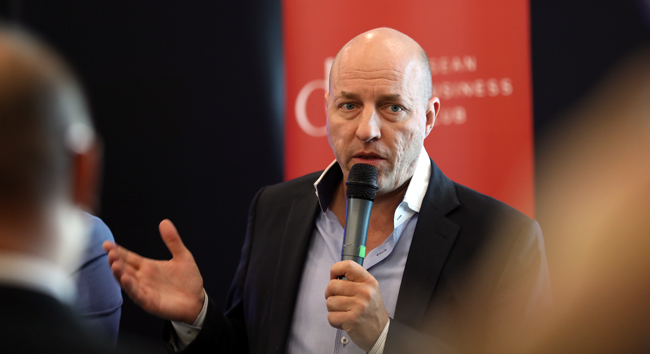 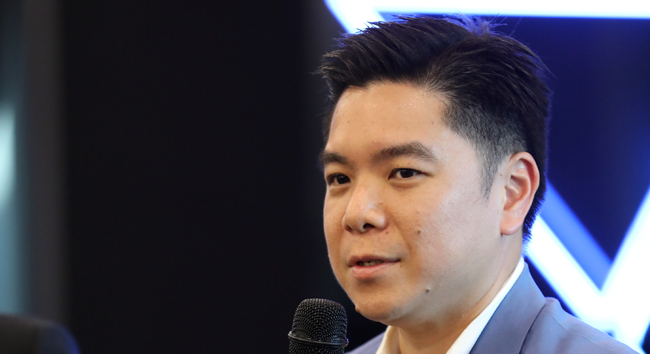 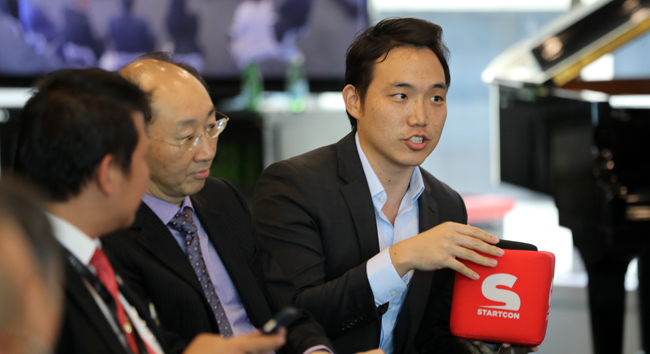 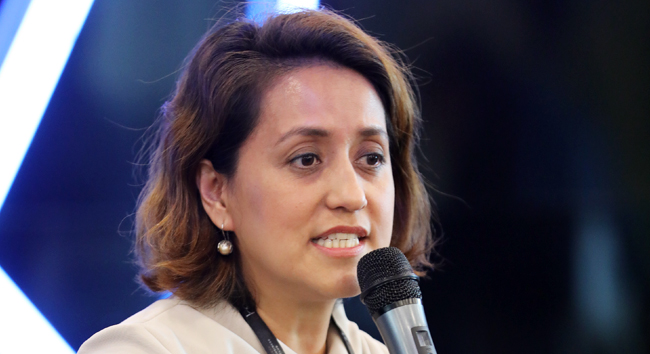