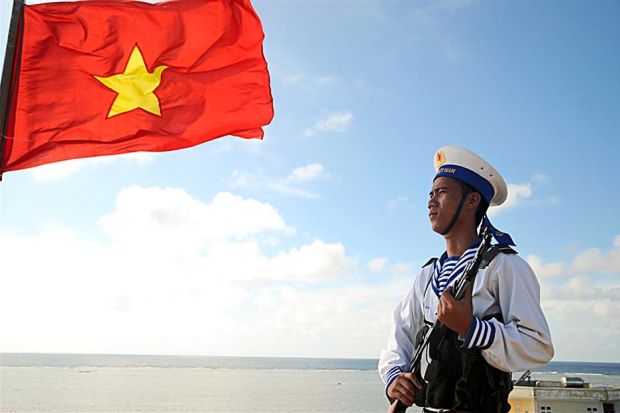 THE People’s Asean would not be a reality if the politics is not right – both the domestic political systems in which the people live and the wider regional order that underpins the peace, stability and prosperity of their lives.

As Asean member states are increasingly discovering, the previous contention that economic growth and benefit will satisfy citizens without need to be over-excited about political rights, is wearing thin. That model does not work any more, if it ever did. Certainly, if nothing else, the ICT revolution and social media have provided a shared marketplace of experiences in political societies across the globe. It is no longer possible to pull the wool over people’s eyes. So state authorities have to get smart to it, whatever political system they profess.

In this connection, the notion of an Asean political-security community (APSC) is apposite. The APSC blueprint actually is hard to be faulted. Whoever writes these things, and those who adopt them, must really know what’s happening around them, even if they do not quite come along in action against their profession in words.

Read this: The APSC… ”will ensure that the peoples and member states of Asean live in peace with one another and with the world at large in a just, democratic and harmonious environment.” Some more: The Asean states will offer democracy, rule of law and good governance, and will ensure respect for the promotion and protection of human rights and fundamental freedom.

All good intention. However, even if this is all aspiration, it stretches credulity when it is observed how some states in Asean have stagnated as communist regimes, others have regressed into persecution and murder of minorities and workers, and yet another has introduced draconian religious laws.

Little wonder then that there is so much cynicism about, for example, the Asean Inter-Governmental Commission on Human Rights (AICHR) set up in 2009 under the auspices of the APSC “to promote and protect human rights.” Where in Asean, through the AICHR, are human rights being protected on their violation?

It is in their promotion that refuge is taken. Even so, the promotion is gentle. Go to the AICHR web-site and you will see many pictures celebrating numerous workshops to promote human rights. More Asean meetings while religious minorities are being persecuted and put to the sword in enough Asean member states.

These are all difficult situations to handle no doubt. Asean foreign ministers try to discuss the Rohingyas issue but Myanmar would not have it, and will only do so on a bilateral basis with states facing refugee problems as a consequence of its human rights violations. And it comes to pass.

Well, the UN Universal Declaration of Human Rights was adopted in 1948, and where has the world been? Rwanda-Burundi, Bosnia, Syria, Palestine… the list is endless and the suffering never-ending. So why pick on Asean?

But, shall we say, Asean is talking about community-building and higher standards of commitments to good governance? Therefore, there is every reason to hold Asean to a better protection on human rights and treatment of citizens.

The laudable objectives of the APSC, and in the setting up of the AICHR, should not be left on the shelf as we approach the end of 2014. The blueprint itself provides for biennial review. This review process should be reported and be held in a more open fashion, with the participation of representatives of civil society, who must however appreciate the issues of state sovereignty and Asean cohesion.

The hard question is not how to put aspiration down in words but how to implement it in difficult situations and circumstances. That review process should come up with creative ideas of making the words turn into at least some action, at least in respect of protection of human rights, and not just kick the matter to long grass by having more workshops and meetings to study it.

When it comes to international relations and the wider regional order, the gap between verbal exhortation and actual action is just as wide. For the longest time, Asean behaved as if there was no serious situation arising from the South China Sea disputes. And when Asean got real about it, emboldened China would suggest, it was only after US intercession. This was not good for relations with China or for the resolution of the dispute.

While no doubt there is a grave threat of the outbreak of conflict, especially from various stand-offs between China and Vietnam, China with the Philippines, the damage already done is to China-Asean relations. These have been extremely beneficial economically for the region. Their further development could be retarded by this “spoiler”, not to mention the threat it poses to existing economic links.

Of course, if there was actual conflict, it is something else again. We will be in new territory of uncertainty, suspicion and fear which, as we know, are bad bedfellows for investment and economic activity.

Against these near existential threats, Asean has been reticent and not united in addressing the South China Sea disputes. Whereas, in the APSC blueprint, it is clearly stated Asean will seek full implementation of the Declaration of Conduct (DOC) of States of 2002 and the establishment of a binding code of conduct under the declaration in the South China Sea.

Has there been any urgency to achieve all this before matters came to a head, before America got more involved again in regional affairs and, yes, before China got more assertive with its claims? It could be charged that Asean’s desultory approach has carried a cost to the stability of the regional order.

Asean is of course not one unit, it is only inter-governmental, but it makes claims for itself and gives false hope of its effectiveness by proclaiming all sorts of things in so many words, including this blessed thing about Asean centrality in the regional architecture. These last six exact words are to be found word for word in the blueprint and, indeed, have been repeated countless times at diplomatic convocations where those who know very well this is not the case repeat it for Asean’s happiness.

The APSC blueprint has been too extravagant, especially measured against Asean inaction. Not just on the South China Sea, but also in other pronounced areas such as conflict resolution mechanisms and the Pacific settlement of disputes in the broader context.

Asean is a great prospect, especially its economies. But the market does not buy on prospective earnings indefinitely. If that was the case, it would be buying Latin America which, in terms of total economic size (against Asean’s combined much touted 7th largest in the world) is three times the Indian or Russian economy, and almost as large as China or Japan.

The point is Asean does have great prospect, but it will not come of itself. There has to be a more realistic mission statement, better structure and management – and better managers. Then the prospective earnings ratio might even rise.

So there has to be a reset and a rethink about how Asean can improve performance against all its limitations. But not just among government leaders and officials. And not to be assigned to some council of elders who would come back some years later with a document even older. It has to be fresh and dynamic involving people with ideas from all levels of society.

Yes, ultimately the political leaders of the region would decide – based however on a good and realistic plan for the future of the People’s Asean.