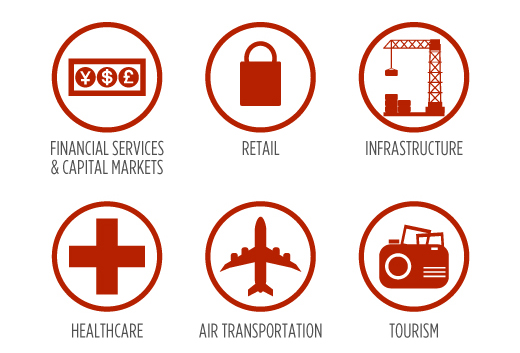 ASEAN has come a long way and the year 2015 is crucial for ASEAN as the region takes steps to achieve full integration as a united community. The AEC will benefit ASEAN countries if fully and successfully implemented. The AEC will deepen regional cooperation in many areas, with the aim of providing great market opportunities for the region’s businesses as well as great benefits for ASEAN consumers.

By having an integrated financial and capital market, ASEAN could improve its efficiency of capital allocation, increase intra-ASEAN investment as well as foreign investment. In such an integrated market, companies could raise capital across the region, investors could invest freely across borders, and banks could enter and operate in each member state. With only a few months left before the establishment of the AEC, financial services and capital markets still have substantial barriers left to dismantle.

Innovation in retail has been accelerating for the past couple of decades across the globe, expanding and improving retailers’ products and services and significantly enhancing the level of interactions with consumers. As retailers look at further driving consumer experience and creating more value, we expect the pace of Innovation to pick-up even more in the coming years.

Although most ASEAN countries have engaged in the path towards “retail modernity” over the last years, retail innovation in ASEAN is today still in the early stages of development. The penetration of new products, services, and platforms such as private labels and e-commerce are indeed still low compared to more developed markets.

Driving Innovation in ASEAN represents a unique opportunity to take the retail industry to the next level, improving the retail experience for consumers, facilitating the emergence of regional players, homogenizing the retail space across countries and helping drive ASEAN markets integration.

However, there are barriers to the development of retail innovation in ASEAN that need to be overcome, including market readiness, lack of scale, lack of access to financing and talent, insufficient infrastructure capabilities, and cumbersome regulations. In order to fully unleash the potential of retail innovation and capture impact for the region, these barriers need to be addressed and overcome.

Regional cooperation in the healthcare sector is necessary from a socioeconomic perspective due to the disparities of the domestic healthcare sectors, as well as the increase of highly infectious diseases. Healthcare integration has achieved some milestones, such as eliminating tariff rates for healthcare goods and the signing of mutual recognition agreements (MRAs). Further integration however faces several barriers, including policy barriers such as foreign equity restrictions and regulatory gaps.

As a component of the ASEAN Economic Community (AEC) in 2015, the Single Aviation Market (ASEAN-SAM or Open Skies Policy) came into effect on 1 January.

The air transport sector is currently facing challenges such as increased congestion and lacking infrastructure, due to rising demand. ASEAN integration in the air transport sector could help address these challenges, as well as improve the region’s negotiation position with other unified markets such as the EU. However, for ASEAN to truly achieve open skies there are still some policy barriers to overcome.

Tourism is an increasingly important driver of economic prosperity and social progress. It is estimated that the tourism sector accounts for about 9.8% of GDP and employment worldwide.

Tourist arrivals in ASEAN in 2014 reached over 100 million, and the potential of tourism in the region is enormous. ASEAN aims to promote the region as an attractive, multi-faceted single destination. Increasing integration in the tourism sector would strengthen cooperation among the region’s various tourism industries, resulting in more total tourist arrivals and increased intra-ASEAN travel. Coordinated efforts on the regional level are also more likely to increase the quality of tourism, including social and environmental awareness.