Vietnam’s economy grew 6.2% yoy in 2016, versus 6.7% in 2015, weighed down by a slowdown in the agriculture and mining sectors. There was a further moderation to 5.1% growth in 1Q17. Nonetheless, on the back of strong FDI and the fading of some temporary headwinds, growth is expected to rebound and average 6.2% for 2017. Vietnam has been a recipient of strong and steady FDI inflows over the last few years and the trend should continue in 2017. Manufacturing and services sectors remain the green shoots. Inflation is expected to be within target. On the fiscal front, consolidation remains a high priority and achieving it requires tax reforms as well as better revenue administration. External debt remains vulnerable to real depreciation and current account shocks. Overall, expect a favourable medium-term outlook for Vietnam.

Growth weighed down by transitory factors 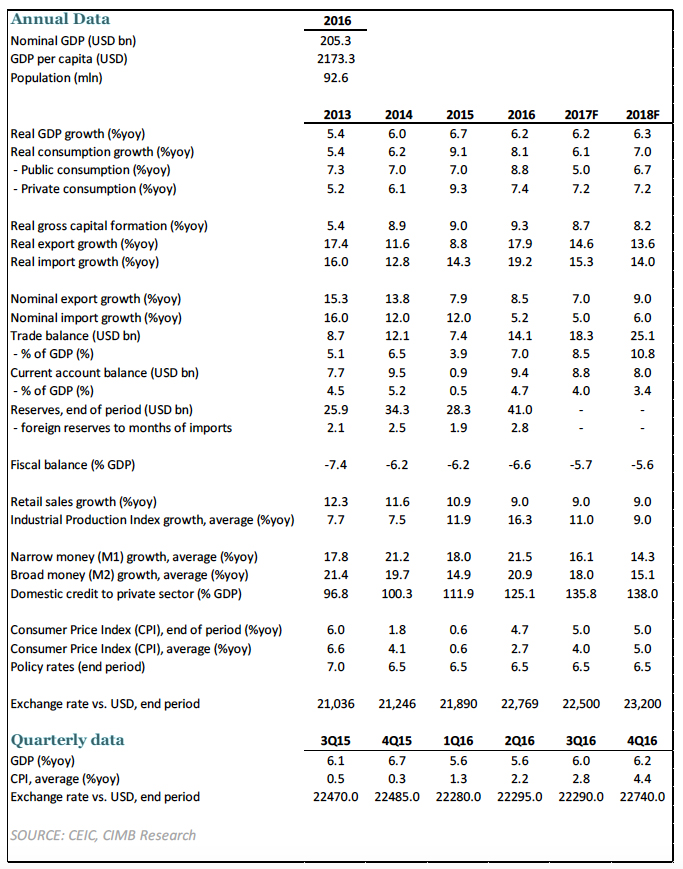