The Singapore economy continues to face challenges in its transition from an average of 7.5% growth over the past five decades to 2-4% growth over the near to medium term. Amid restructuring and a slowing economy, local employment in 2016 grew the least since 2003. The economy expanded 2% yoy in 2015 and 2016 with positive surprises coming from 4Q16’s 2.9% growth. Advance estimates indicate a pullback in 1Q17 to 2.5% growth but this is largely statistical. There is an export-led recovery underway and if it can be sustained, 2017 growth should come in at the upper end of the official forecast range of 1-3%. Although growth and inflation are edging higher, they are still within the monetary authority’s forecast range. Hence, there was no change to the neutral policy stance of the SGD NEER in the April policy meeting.

GDP growth has been supported by trade 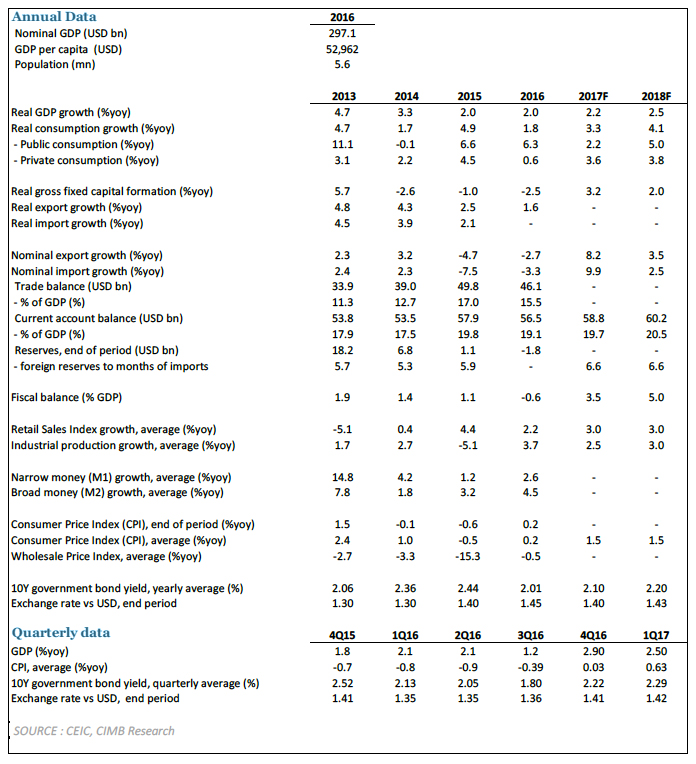