Published on 26 May 2017
by Adrian Panggabean, Chief Economist, CIMB Niaga

The Indonesian economy grew by 5% in 2016, mainly driven by gross fixed capital formation and the external sector. A similar growth rate was observed in 1Q17. I expect export growth to continue to be strong despite the possibility that Chinese demand may dampen in 2H17. Moreover, an improving terms-of-trade should help income growth and hence consumption demand. Inflation has ticked up to 4.2% in April 2017 after averaging at 3.5% in 2016, but do not believe that will prompt any tightening measures from the central bank. I believe the IDR is still undervalued against the USD and should appreciate on the back of budgetary realignment and an improving current account balance. The economy is forecast to grow by 5.1% yoy in 2017 and inflation expected to rise to 3.9% yoy. Barring any serious external upheaval, policy rates should remain unchanged.

GDP growth has been supported by trade

Further rate cuts on hold because of external factors

Expectations are for a stable IDR 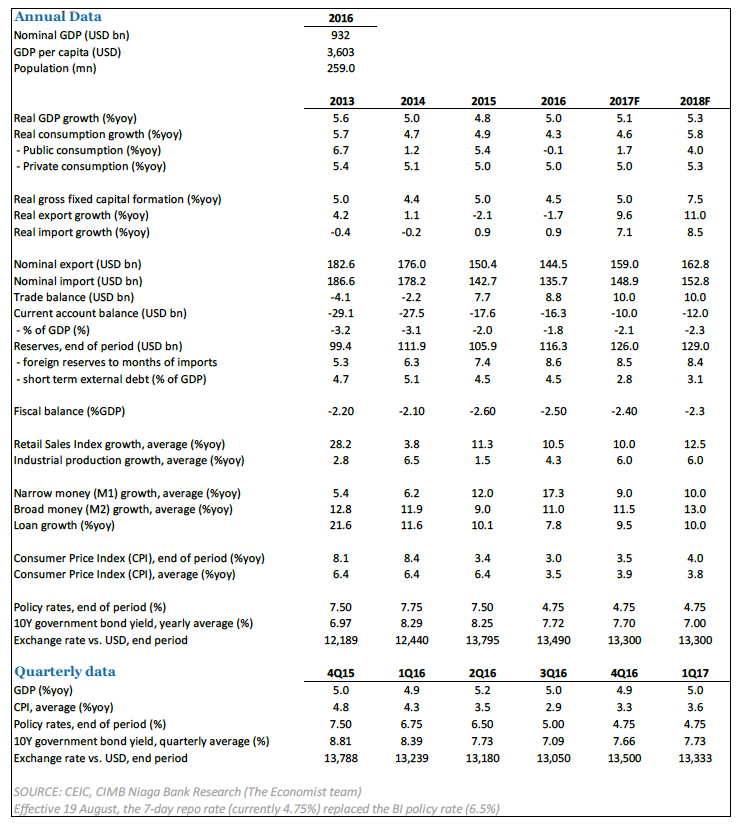