Vietnam’s economy grew 5.9% yoy in 9M16, versus 6.5% GDP growth in 9M15. Two temporary factors, the El Nino weather phenomenon, and weak oil production continued to weigh on growth, causing the lowering of my 2016 GDP forecast from 6.5% to 6.2% (in line with consensus forecasts). Both of those factors are unlikely to have any impact on growth next year, but Vietnam’s 8% domestic demand growth in 9M16 was supported by 17% loan growth, and loan growth is likely to decelerate to 14-15% in 2017 because the country’s banks need to raise capital. For that reason I forecast 6.3% GDP growth next year; I do not believe the economy will be significantly affected by the unexpected election of Donald Trump as the next US President.

Not worried about the Trump administration 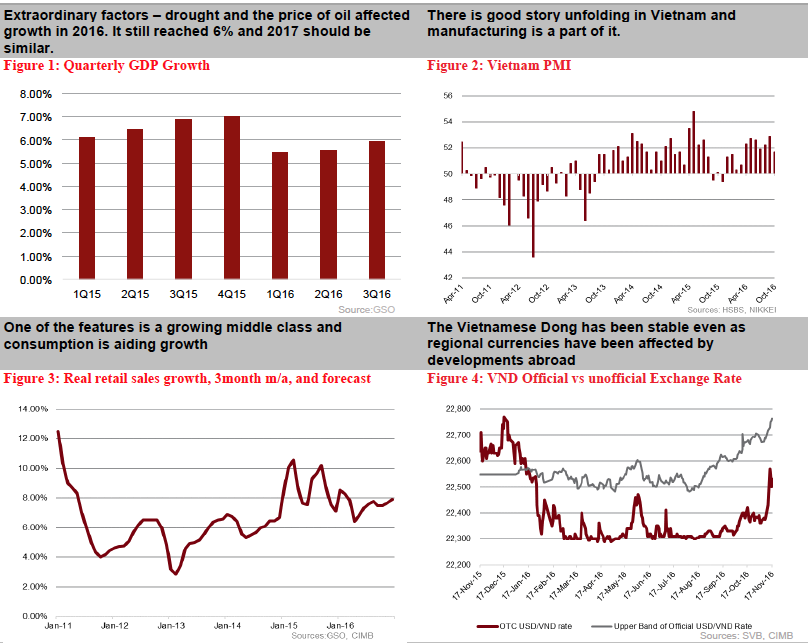 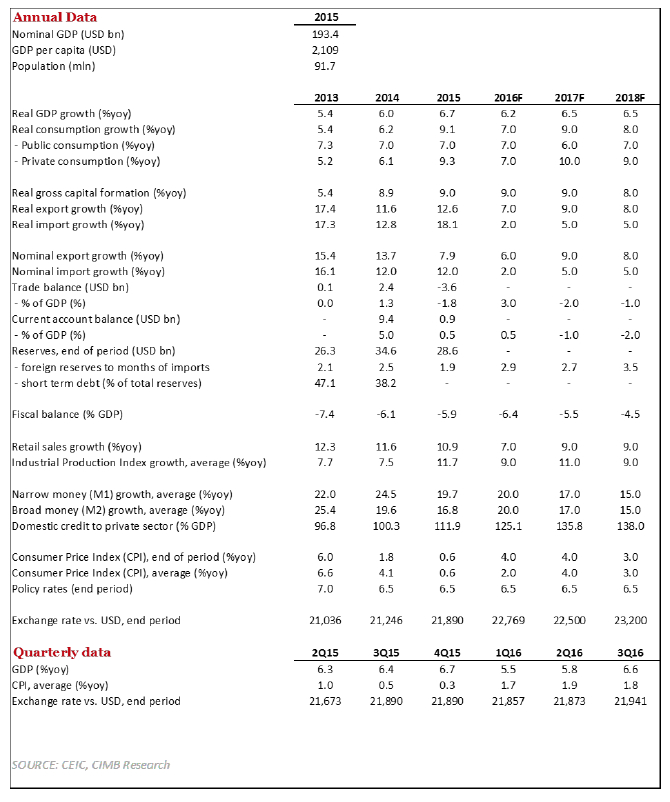