ASEAN’s biggest hope is ASEAN itself 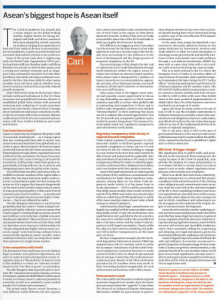 The COVID-19 global pandemic has already had a major impact on the global trading system. Supply chains are being disrupted and trade restrictive measures have been adopted by several countries on products ranging from agriculture to food and from medical devices to personal protective equipment. In general, protectionism and economic nationalism continue to be on the rise.

Some of the recent trade data is frightening, with the World Trade Organization (WTO) projecting that world merchandise trade could drop between 13% and 32% in 2020. Within ASEAN, even a strong and resilient economy such as Singapore’s has contracted a record 41.2% in the three months to June 2020, entering a technical recession for the first time since 2009. No other ASEAN Member States has been spared, whether from severe economic contractions or greatly reduced growth prospects.

Other dark clouds loom on the horizon. These include continued turbulences in the US-China economic and geopolitical tensions, threats to established global value chains with potential reshoring and onshoring of certain processes away from Asia-Pacific, reduced flows of foreign direct investment and major reductions in other drivers of ASEAN GDP such as tourism. Matters could worsen if COVID-19 is not contained and new waves will force further lockdowns and travel restrictions.

Can ASEAN bounce back?

ASEAN in many ways has long been the poster child of economic development – as a young region that has continuously been able to attract new investments and benefitted from globalisation. It is also a region that has learnt the lesson of past crises well such as the 1997 Asian economic crisis, bouncing back stronger, better regulated and more resilient. In the meantime, the ASEAN Economic Community (AEC) came to being in 2015 and the economies of all ASEAN Member States have grown exponentially, driving millions out of poverty and integrating ASEAN into the global value chains.

Yet, behind that narrative and many of the incredible economic numbers of the region hides a reality that has many investors, traders and economic commentators quite worried. In fact, the reality is that of a region that depends dangerously on the outer world when it comes to trade, of growing inequalities within each of the 10 countries, and a level of ambition proclaimed in most of the ASEAN legal instruments and Leaders’ statements that ASEAN is struggling to achieve.

The AEC Blueprint 2025 states, in one of its first preambles, that the AEC aims to “create a deeply integrated and highly cohesive ASEAN economy that would support sustained high economic growth and resilience even in the face of global economic shocks and volatilities.” These words were written many years before COVID-19 struck, but they could not have been more visionary. Unfortunately, the “deeply integrated and highly cohesive ASEAN economic region” is far from being realised. In fact, economically speaking, ASEAN Member States continue to interact more as competitors rather than partners and “architects” of a single ASEAN market.

A few comparisons with the EU

The European Union and ASEAN are very distinct legal, economic and political experiments, but when it comes to trade and regional economic integration, they are “like products,” at least in terms of the ambition to create an “internal market” based on the “free flow of goods” across borders.

The AEC Blueprint 2025 expressly aims at facilitating the “seamless movement of goods, services, investment, capital, and skilled labour within ASEAN in order to enhance ASEAN’s trade and production networks, as well as to establish a more unified market for its firms and consumers.”

This difference is staggering, even if one takes into the account the fact that ASEAN is a free trade agreement and not a customs union like the EU, and even accounting for the difference in the level of development and the longer process of economic integration in the EU.

The worrying sign is that, despite the AEC and its relative success in trade liberalisation through tariff reductions within the region, ASEAN remains over-reliant on external export markets. Intra-ASEAN trade is hampered by a plethora of import procedures, recommendations, approvals, permits, often disproportionate non-tariff measures (NTMs) and restrictive or discriminatory non-tariff barriers.

Intra-ASEAN trade is the biggest, most natural and arguably easiest opportunity for ASEAN to stop depending on exports to third-country markets, especially at a time when global trade is contracting and competition is fierce, and to build a truly integrated, cohesive and resilient “internal market.” Is there anything that ASEAN can do to address this missed opportunity? Can the EU provide any comparative guidance and a model for greater integration? Two lenses of interpretation stand out: regulatory transparency and enforcement mechanisms.

Trade-related regulatory transparency is a fundamental catalyst to facilitate greater regional economic integration in ASEAN, just as it is and has been for the EU. Traders wishing to engage in cross-border trade must first and foremost be able to know and understand the applicable rules and procedures of each ASEAN or EU country. Only transparency allows for traders to identify opportunities, understand their obligations and rights, and cross borders with their goods or services.

ASEAN’s key legal instruments on trade in goods have plenty of very ambitious commitments and mechanisms for trade-related regulatory transparency. Among them are the ASEAN Trade Repository (under Article 13 of the ASEAN Trade in Goods Agreement – ATIGA) and the procedures that oblige ASEAN Member States (under Articles 11 and 40 of the ATIGA and under several principles of the so-called ASEAN NTMs Guidelines) to notify other ASEAN Member States of new trade-related measures ahead of adoption.

Unfortunately, these legal commitments are largely not complied with by ASEAN Member States. Reportedly, a total of only 180 notifications were made between 2013 and 2018 by the 10 countries together, but none were notified within the prescribed 60 days of advance notice, and the ASEAN Trade Repository is still largely incomplete. Clearly, while the rules are there and are very ambitious, the political will to deliver transparency is, for the most part, not there.

By mere comparative example, the EU’s Technical Regulation Information System (TRIS) has required since 1983 EU Member States to notify the European Commission of all their draft technical regulations (technical barriers to trade measures) before they are adopted into national law. An average of more than 700 notifications are made every year. Breach of the TRIS notification procedure by EU Member States may result in their laws being declared inapplicable. No such enforcement mechanisms exist within ASEAN.

The rules and the mechanisms to achieve regional economic integration are mostly there, but ASEAN does not seem to have the “appetite” to use them. The Protocol on Enhanced Dispute Settlement Mechanism (EDSM) for government-to-government dispute settlement has never been activated, despite having been twice revised and being a carbon copy of the very effective WTO dispute settlement system.

At the same time, ASEAN has launched a very innovative electronic platform known as the ASEAN Solutions for Investment, Services and Trade (ASSIST) to allow for ASEAN enterprises to challenge ASEAN governments and identify solutions to their cross-border intra-ASEAN trade problems through a non-judicial mechanism. ASSIST has seen only 10 cases since 2016, with a very modest track record of resolving the cases at stake.

This is in stark contrast with the EU, where the European Court of Justice is an active arbiter of cases between EU Member States and the European Commission (the latter being the EU’s “police officer” on the internal market) and between EU citizens/companies and EU Member States. The EU’s SOLVIT facility, which in many ways is a similar system to ASEAN’s ASSIST, went from 38 cases in 2002 to 2,295 in 2018, with more than 10,000 cases in the same period of implementation of ASSIST. More than 70% of the business cases resolved in an average of 10 weeks.

Again, the issue in ASEAN seems to be one of lack of will to use the available instruments to hold governments accountable, enforce the commitments and obligations that were undertaken, and effectively achieve the rule of law that ASEAN calls for as one of the fundamental drivers of its process of regional integration.

This is not just a lack of will on the part of governments, but also of the ASEAN private sector, with businesses clearly sceptical about the ability of the regional institutions to uphold their rights and to enforce ASEAN law.

The significant drop in global trade, and possibly also in the investment flows coming into the region because of the COVID-19 pandemic, may provide the impetus for ASEAN policymakers to re-evaluate the bloc’s current stand on critical aspects such as trade-related regulatory transparency, enforcement and compliance.

There is no doubt that more trade-related regulatory transparency is critical and that greater compliance with and enforcement of the existing rules, obligations and commitments must occur. One need not even look at the relevant example of the EU to find compelling evidence that these two ingredients are essential. Even within ASEAN, the Member States that are the most transparent and in which compliance and enforcement are the strongest, are the countries with a higher degree of socioeconomic development.

ASEAN should certainly consider updating certain provisions and mechanisms under the ATIGA and other key ASEAN legal instruments. In general terms, however, emphasis should be placed on implementing the existing legal instruments, most of which are very well written and incredibly ambitious, rather than constantly calling for, negotiating and adopting new legal instruments, protocols, frameworks, blueprints, roadmaps and initiatives.

ASEAN’s biggest hope is in ASEAN itself and the only real indicator of economic success and regional integration is the percentage of intra-ASEAN trade. If ASEAN can grow its internal market, to the primary benefit of its own Member States, it will grow in economic significance, become more resilient and acquire greater geopolitical relevance. Only then it will serve its people, businesses and future aspirations well. 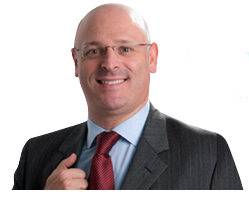 Paolo R. Vergano is a Senior Fellow of CIMB ASEAN Research Institute and Partner at FratiniVergano – European Lawyers, with offices in Brussels, Singapore and Jakarta, where he has been advising the ASEAN Secretariat and ASEAN Member States on legal matters of regional economic integration since 2006. He remains an enthusiastic supporter of the ASEAN project.