Discussion summary will be released soon.
Click to download the publication China’s Belt and Road Initiative (BRI) and Southeast Asia.

THE LAUNCH OF A JOINT PUBLICATION BY CARI AND LSE IDEAS 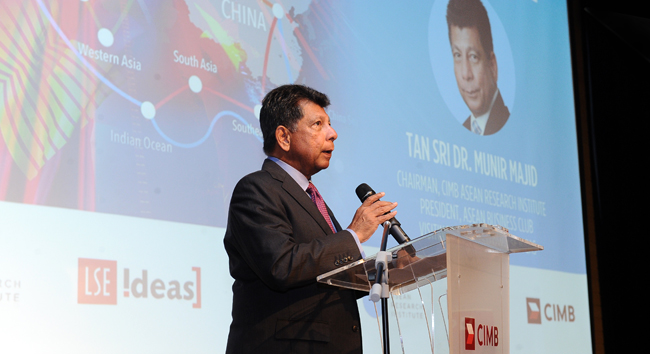 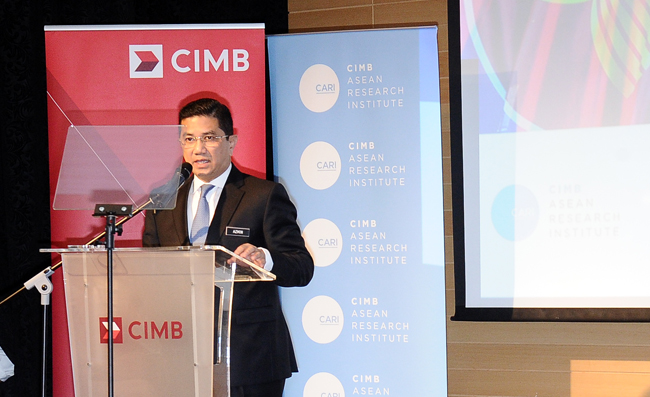 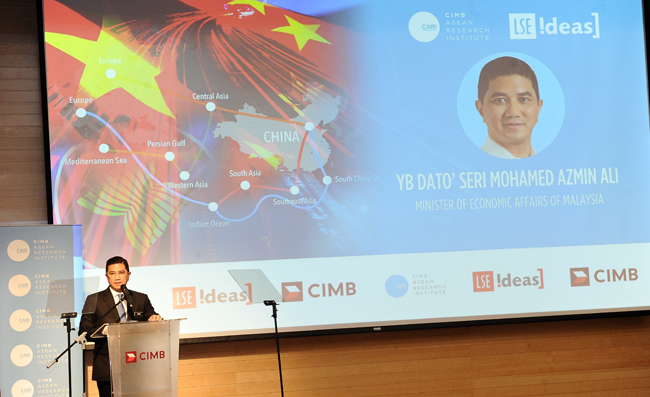 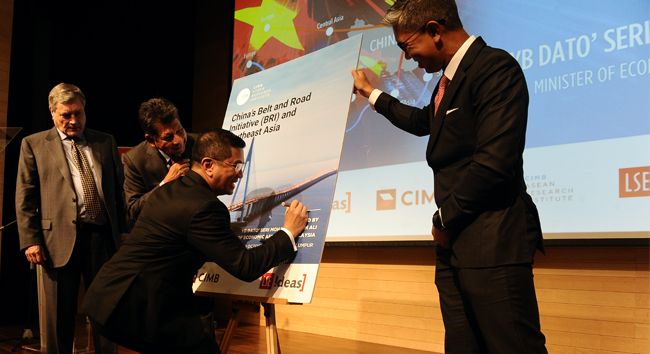 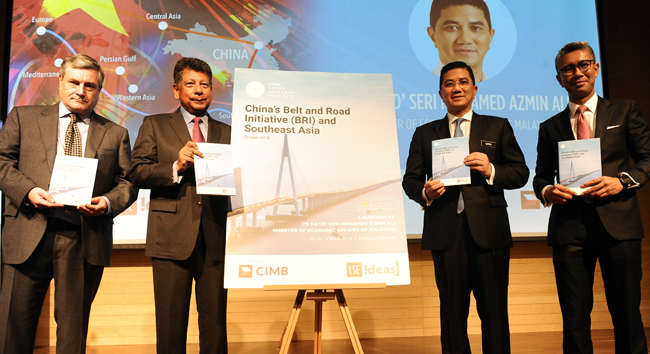 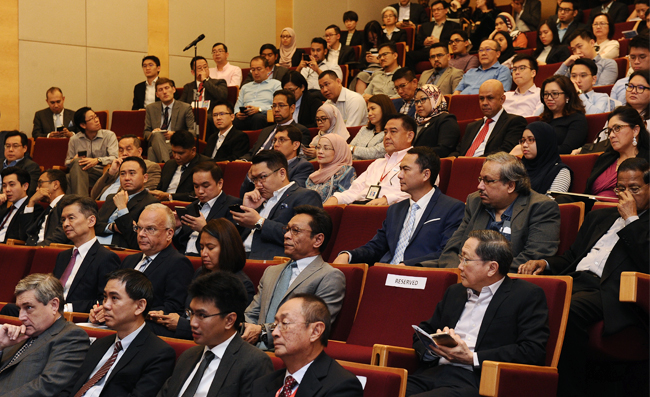 Pauline Loong is the managing director of the Hong Kong-based research consultancy Asia-analytica. She is also a Senior Fellow of CIMB ASEAN Research Institute. She has earned an outstanding reputation as among the best-informed analysts of China’s political economy. She authors the well-known “Loong on China” newsletter which has won accolades for its perceptiveness as well as its meticulous research and reliability.

Her distinguished career includes her role as senior vice-president and China risk analyst at CIMB Securities. She was responsible for alerting clients to the changing dynamics shaping China in the 21st century and what they mean for investment decisions.

Previously, she had been a director at Jardine Fleming (now part of JPMorgan) where she headed its China department. She also served as head of research at Jardine Fleming China, a venture backed by the World Bank’s International Financing Corp.

At Jardine Fleming, she successfully guided clients through the most tumultuous decade in modern Chinese history: the Tiananmen Square crackdown in 1989, the death of Deng Xiaoping and the highly confrontational run-up to Hong Kong’s handover to Beijing in 1997.

Ms Loong’s Chinese Mainland connections are impressive and have been developed during three decades of close personal involvement in China’s economy – both as a market player and as a journalistic observer. Her Mainland experience, as well as her expertise, led to an executive position with CITIC Resources as it was developing its offshore business.

The foundations of her Beijing relationships had been laid when she had been among the first foreign correspondents in China in the 1980s as assistant editor of the Far Eastern Economic Review and Editor of its authoritative China Trade Report. In the early 2000s, she had extensive access to top policy circles in Beijing after her appointment as Editor-in-Chief of Euromoney’s stable of financial magazines in Asia.

Ms Loong’s awards include being voted “Best China analyst” in 1993 (representing Jardine Fleming) and being again ranked among the best analysts in 2007 (representing CIMB) in two global polls of fund managers by Asiamoney. She won Euromoney’s “Best Stories Award” in 2000 for her analysis on Asia’s growing hedge fund industry and in 2003 on the takeover of Jardine Fleming by Chase.

She graduated in English Literature from the University of Hong Kong. She was nominated by Jardine Matheson to undertake course studies on socialist economics and the Chinese political system at Peking University and at Tsinghua University in 1997.

He was a NATO Fellow in 1981. He served two terms on the Council of the Royal United Services Institute. He was a serving member of the Washington Strategy Seminar; the Black Sea University Foundation; the Moscow School of Politics and the Academic Board of the Czech Diplomatic Academy. He is at present on the Advisory Board of the Brenthurst Foundation (Johannesburg). He was a Visiting Fellow of Goodenough College in 2003-4. He is a former editor of The Atlantic Quarterly and The European Security Analyst. Professor Coker has published extensively on war and conflict. His next book, The Rise of the Civilizational State will be published in January 2019.

Dr. Tang Siew Mun is the Head of the ASEAN Studies Centre and concurrently a Senior Fellow at the Regional Strategic and Political Studies programme at the ISEAS-Yusof Ishak Institute. His primary research interests are Asian security, ASEAN’s relations with the major powers and Japanese foreign policy. Prior to joining ISEAS, he was Director for Foreign Policy and Security Studies at the Institute of Strategic and International Studies (ISIS), Malaysia and Senior Lecturer at the Universiti Kebangsaan Malaysia. He has contributed to numerous book chapters and op-ed pieces in addition to national and international journals. Tang holds a B.A (Hons.) from the National University of Malaysia, a MA in War Studies from King’s College London, a MA in International Studies from the Claremont Graduate University and a Ph.D. from Arizona State University in Political Science.

Dato’ Abdul Majid is currently the President of the Malaysia-China Friendship Association (PPMC) and Exco Member of the Malaysia-China Business Council. He obtained a Bachelors degree in Economics (Honours) from University of Malaya. In his thirty-four years of service with the Government, he served in the Prime Minister’s Department and the Ministry of Foreign Affairs as well as in several missions abroad (Vietnam, Laos, China, USA and Nigeria). He has also held senior positions in the Ministry of Foreign Affairs. He also acted as the Under Secretary of West Asia and the Organisation of Islamic Cooperation (OIC) and has participated in several Ministerial and Prime Ministerial visits to West Asian Countries and OIC Meetings. During his tenure as the Director General of ASEAN, he actively participated in the organisation of the 30th ASEAN Ministerial Meeting held in Kuala Lumpur as well as the ASEAN Head of Summit and the 10+3 Summit Meetings in Malaysia. In 1998, he was appointed as the Ambassador of Malaysia to the People’s Republic of China and concurrently accredited to the Democratic People’s Republic of Korea until his retirement on 2nd January, 2005. Post-retirement, he continues to actively participate in various conferences and seminars dealing with the subject of China’s Economic Development and ASEAN. He sits on the board of directors of several companies, both listed and private.

Tan Sri Dr. Munir is currently Chairman of CIMB ASEAN Research Institute, of Bank Muamalat Malaysia Berhad, of the Financial Services Professional Board, of ASEAN Business Advisory Council, Malaysia, as well as President of the ASEAN Business Club. He also sits on the board of the Institute of Strategic and International Studies (ISIS) Malaysia. He is an active advocate of deeper ASEAN economic integration.

He has an extensive experience and is well known in the Malaysian corporate world. He had been the Group Editor of the New Straits Times, first executive chairman of CIMB and founding chairman of the Malaysian Securities Commission. After stepping down from the Securities Commission in 1999, he became Independent Non-Executive Director of Telekom Malaysia Berhad, Chairman of Celcom (Malaysia) Berhad and Non-Executive Chairman of Malaysian Airline System Berhad. He was Founder President of the Kuala Lumpur Business Club, established in 2003 and is a member of the Court of Fellows of the Malaysian Institute of Management.

Tan Sri Dr. Munir obtained a B.Sc (Econ) and Ph.D in International Relations from the London School of Economic and Political Science (LSE) in 1971 and 1978. He is an Honorary Fellow of LSE and continues the long association with his alma mater as Visiting Senior Fellow at LSE IDEAS (Centre of International Affairs, Diplomacy and Strategy). Tan Sri Dr. Munir is an associate of Southeast Asia Centre (SEAC) at LSE. 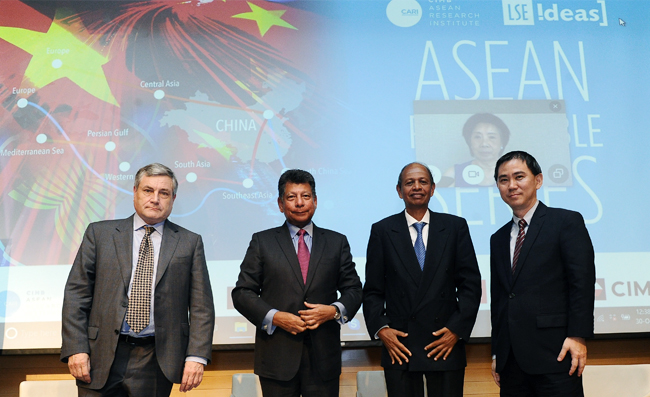 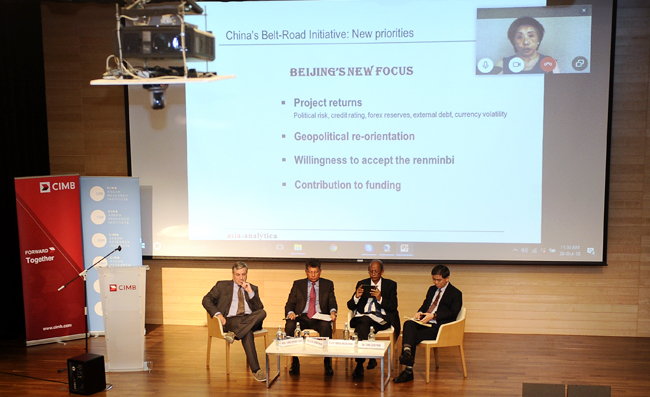 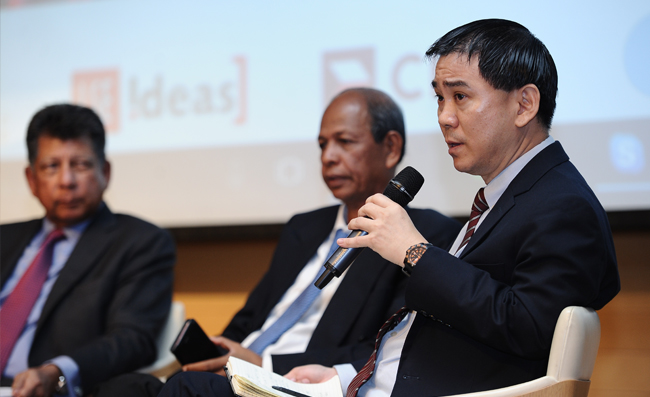 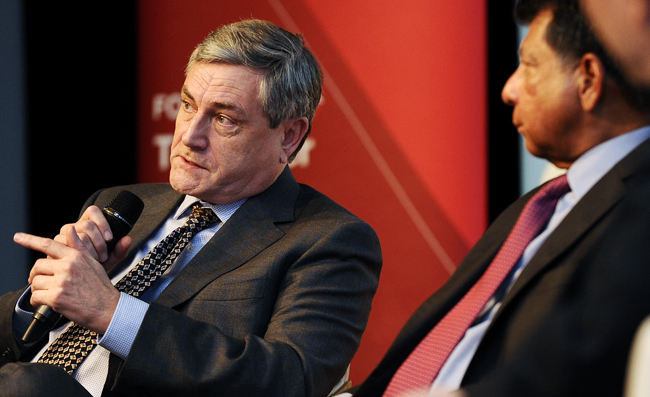 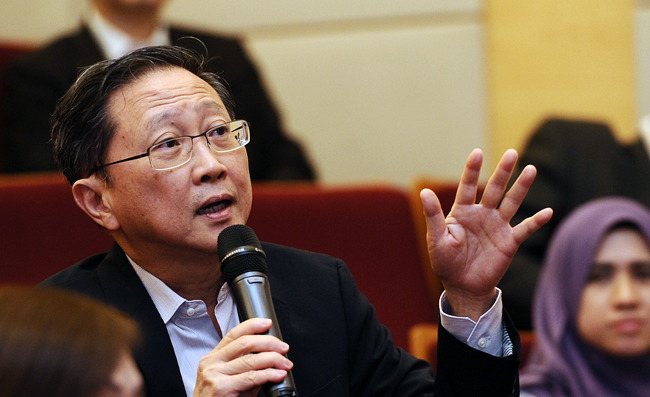 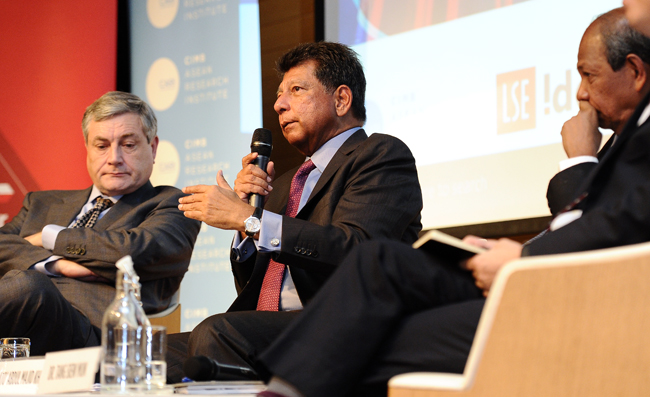 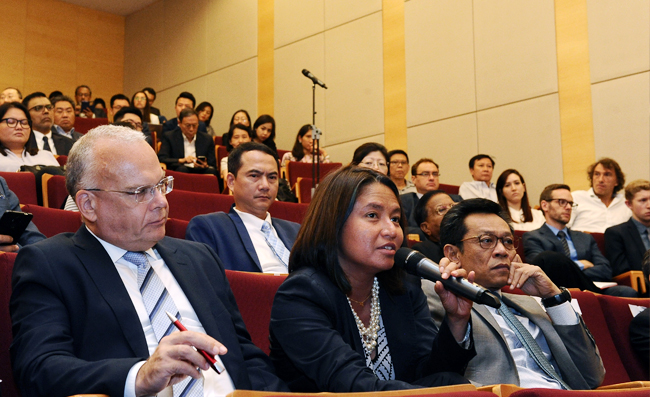