Mr. Lim Chze Cheen is the Head of the ASEAN Connectivity Division under the Office of the Secretary-General at the ASEAN Secretariat. He coordinated the development of the Master Plan on ASEAN Connectivity 2025 and its preceding document. Prior to assuming this position, he was the Assistant Director of the Strategic Planning and Coordination Division, which managed the overall reporting of progress of ASEAN Community as well as managed development cooperation programmes and projects. He was earlier the Assistant Director handling ASEAN Economic Community coordination, particularly the development and subsequent monitoring of the ASEAN Economic Community Blueprint 2015, and the Senior Officer handling Trade in Services.

Before joining the ASEAN Secretariat in 2005, Mr. Lim was a Senior Research Officer at the Malaysian Institute of Economic Research (MIER), specialising in macroeconomics and industrial studies. His publications include, among others, a case study prepared for the WTO Secretariat (2004) “Malaysia: Strategies for the Liberalisation of the Services Sector”, and a paper in the Asia Pacific Development Journal (2001) “Mobilising Domestic and External Resources for Economic Development: Lessons from the Malaysian Experience”.

Mr. Lim holds a University Malaya Master in Economics and a BSc (Economics) from the University of London.

Dr. Kwong was the Managing Director of Silverlake Corporation from 2001 to 2005, where he led the successful implementation of several key SIBS Core Banking customer transformation projects. Prior to joining the Silverlake Group, he was a Partner/Vice President of Ernst & Young Global Consulting and Cap Gemini Ernst & Young for 11 years from 1989 to 2000. He was the Senior Manager and Head of IT Consulting for Coopers & Lybrand (South East Asia) from 1984 to 1989. He started his professional career as a Senior Systems Analyst for Pacific Power (Australia) from 1979 to 1983.

Dr. Kwong has over 36 years of experience in Information Technology, Business Transformation and Solution Implementation in Financial Services, Utilities and Technology Industries. He has a Bachelor of Commerce (Honours) from the University of New South Wales (Australia) and Ph.D in Information Systems. He is a Certified Practicing Accountant (Australia).

Ms. Hanim is the Regional Managing Partner of the ZICOlaw network and heads the Corporate M&A practice group at Roosdiono & Partners. Her 20 years of regional practice experience includes being resident in Malaysia, Japan and Indonesia where she specialised in major infrastructure project financing and M&A deals in aviation, banking, insurance, mining, oil and gas, plantations, and property. She is also well-versed in cross-border securitisation deals, structured financial products, and Islamic finance, where she has represented the interests of investors from Asia, the US, UK, and Europe in key onshore and offshore multi-currency transactions.

She has been recognised as a ‘Leading Lawyer’ in Indonesia, in Corporate & Commercial, Cross Border, Mergers & Acquisitions and Project Infrastructure Finance (Islamic Finance News, 2011, 2012, 2013) as well as a ‘Leading Lawyer’ by Asia Law Profiles in 2015 and Asialaw in 2016. She has written articles and essays including ‘A Giant in the Making – Recent legal and regulatory developments for Islamic banking and finance in Indonesia’ in Guide to Islamic Banking and Finance (Imperial College Press, 2010).

Ms. Flora has been appointed as the CEO of ASEAN Tourism Association (ASEANTA) since 1st October 2015. ASEANTA is an association that is comprised of various national tourism bodies, airlines and associations of the travel and hospitality industry in the ASEAN region. It is an association aimed at enhancing government and private partnership in marketing and development of tourism in the ASEAN region. Prior to joining ASEANTA, she was with Malaysia Airlines for 20 years.

She graduated from Edith Cowan University, Perth, Australia with a Bachelor of Business and Double Major in Tourism Management and Marketing. Ms. Flora also an honorary member of the National Golden Key Society of Australia which is an honorary membership granted to top ten students in the university. She was also awarded the Excellence Award in Tourism by Tourism Council of Australia for being the top student in Tourism Management in 1999. Her academic interests are in the areas of tourism and marketing. 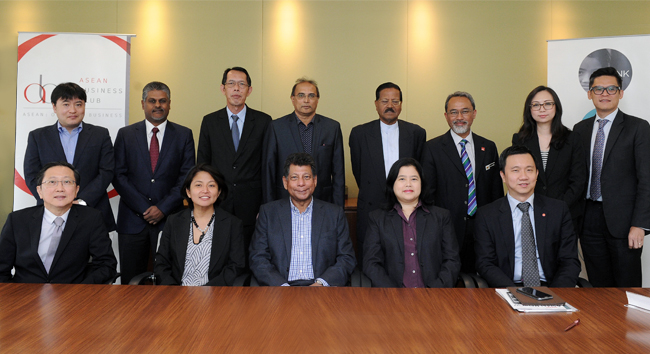 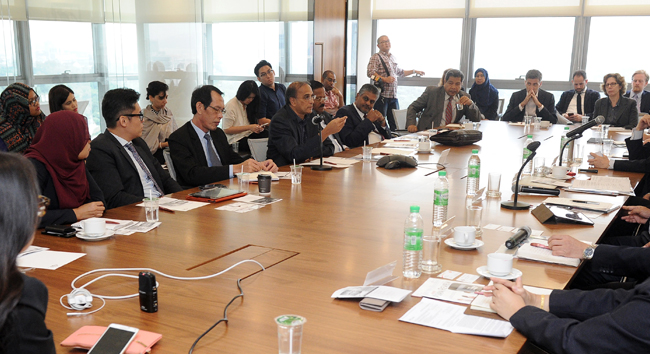 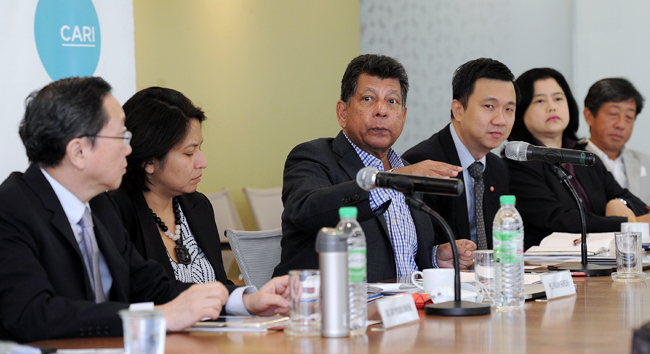 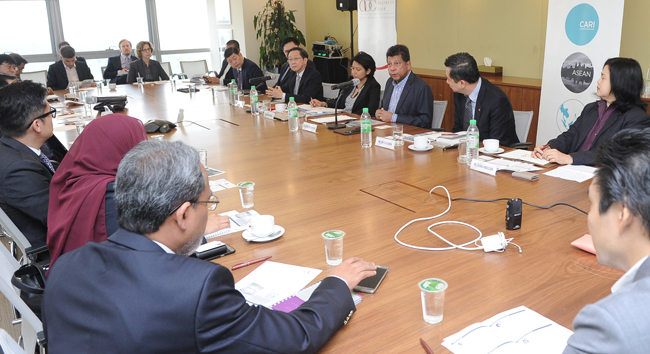 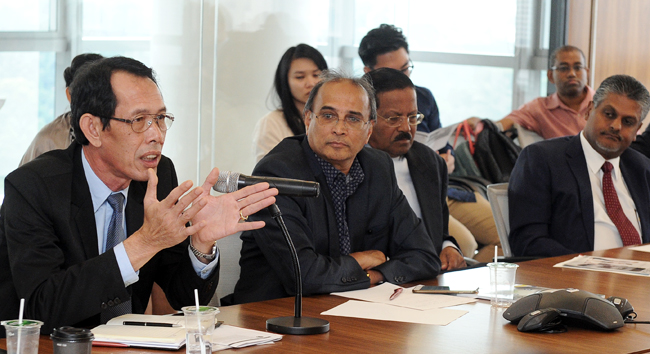 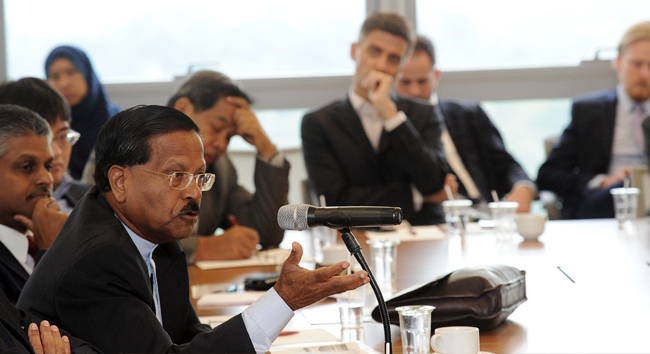 23 November, 2016
By Anette Appaduray, as appeared in The Edge Financial Daily 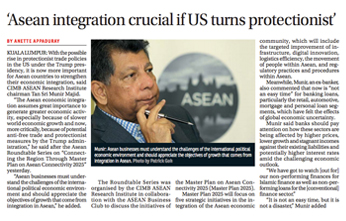 KUALA LUMPUR: With the possible rise in protectionist trade policies in the US under the Trump presidency, it is now more important for Asean countries to strengthen their economic integration, said CIMB ASEAN Research Institute chairman Tan Sri Munir Majid.

“The Asean economic integration assumes great importance to generate greater economic activity, especially because of slower world economic growth and now, more critically, because of potential anti-free trade and protectionist measures by the Trump administration,” he said after the Asean Roundtable Series on “Connecting the Region Through Master Plan on Asean Connectivity 2025” yesterday.

“Asean businesses must understand the challenges of the international political economic environment and should appreciate the objectives of growth that come from integration in Asean,” he added… 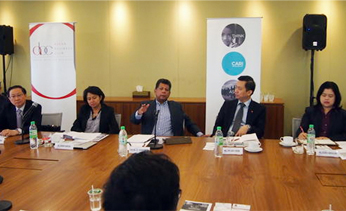 KUALA LUMPUR — Southeast Asian policymakers should accelerate integration projects in the pipeline, such as infrastructure development and digital innovation, to meet a 2025 target, experts argued at a roundtable Tuesday.

Meeting to discuss the private sector’s role in the Master Plan on ASEAN Connectivity 2025, participants agreed that with barriers to integration substantially eliminated, the next step is to kick off projects already outlined by the 10 member countries of the Association of Southeast Asian Nations.

“Let’s step it up,” said Ravidran Palaniappan, a senior director at Malaysia’s Ministry of International Trade and Industry, referring to the 40 infrastructure projects identified by the ASEAN Secretariat for implementation across the region. These projects are being handled under public-private partnerships but have not taken off, primarily because of a lack of funding…