Dr. Donghyun Park is currently Principal Economist at the Economic Research and Regional Cooperation Department (ERCD) of the Asian Development Bank (ADB), which he joined in April 2007. Prior to joining ADB, he was a tenured Associate Professor of Economics at Nanyang Technological University in Singapore. Dr. Park has a Ph.D. in economics from UCLA, and his main research fields are international finance, international trade, and development economics. His research, which has been published extensively in journals and books, revolves around policy-oriented topics relevant for Asia’s long-term development, including population aging, financial sector development, and bond market development. Dr. Park plays a leading role in the production of Asian Development Outlook, ADB’s biannual flagship publication on macroeconomic issues, and manages the team that produces Asia Bond Monitor, ADB’s quarterly flagship report on emerging Asian bond markets.

Datuk Chung served as the first Chairman of the Asian Secondary Mortgage Market Association in 2015. He is currently a member of the Bond Market Sub-Committee established by Bank Negara Malaysia focusing on development of the bond market in Malaysia.

Prior to his appointment, Datuk Chung has 29 years of experience in central banking focusing mainly on financial system stability and the financial sector. He has served as the Director of Bank Negara Malaysia’s (BNM) Banking Supervision Department as well as the Risk Management Department. During his service with BNM, Datuk Chung also carried out assignments for the International Monetary Fund and the Islamic Financial Services Board.

He was involved in the development of Malaysia’s Financial Sector Blue Print 2011- 2020, establishment of the deposit insurance scheme and the Malaysian Corporative Commission. He has previously served as a board member of the Credit Guarantee Corporation Berhad as well as a member of the Small Debt Resolution Committee.

Dr. Shu Tian is an Economist at the Economic Research and Regional Cooperation Department (ERCD) of the Asian Development Bank (ADB). Prior to joining ADB, she was an Associate Professor of Finance at Fudan University in China. Dr. Tian received her Ph.D. in finance from the University of New South Wales (Australia), and her research interests include financial services and institution, investments, and empirical asset pricing. Her research has been published in academic journals on topics relating to financial asset pricing, portfolio allocation and financial market development. Dr. Tian works in the teams that produce Asian Development Outlook and Asia Bond Monitor.

She joined CIMB-Principal in November 2006 and appointed as Deputy CEO in November 2008. Munirah was responsible for the development of institutional, corporate and international business opportunities and sales. She also served as the Director of CIMB-Principal and Commissioner of PT CIMB-Principal Asset Management in Indonesia. She previously worked as a G7 Economist and strategist for a Fortune 500 multinational oil and gas company. Prior to that, she was a fixed income portfolio manager for emerging markets at Rothschild Asset Management in London.

Munirah was appointed as CEO in August 2013. She has been instrumental in helping the company to grow its AUM through Institutional & Corporate business and deepening its retail leadership through extensive banking distribution with new focus in private retirement space. She has close oversight on investment, risk management, audit and compliance. Munirah also played an integral part in the strategic business development initiatives of CWA which was integrated into CIMB-Principal in August 2013 with an agency sales force of more than 8,000 unit trust consultants today. Munirah also oversees both the retail and corporate businesses for Singapore.

Munirah is a Chartered Financial Analyst (“CFA”) charterholder and holds the Capital Markets Services Representative’s License (“CMSRL”) for fund management. She graduated with a Bachelor of Arts (Honours) in Accounting & Financial Analysis, University of Newcastle Upon Tyne UK.

Market & Corporate Supervision (MCS) is responsible for the supervision of market institutions, and surveillance of corporate and secondary market activities. MCS also drives risk surveillance and management strategies for the SC.

Kamarudin is also the overall risk coordinator for the SC. He has been with the SC since 1993 and has experience in various areas including derivatives, bonds, fund management, Islamic capital markets and supervision. He had previously also served as Secretary to the Commission and was seconded to Citibank Bhd where he was involved in bonds and sukuk transactions while supporting regional Islamic finance business of the bank. Prior to joining SC, he was with Bank Negara Malaysia after obtaining a Bachelor of Arts degree majoring in Law from University of Kent, United Kingdom. 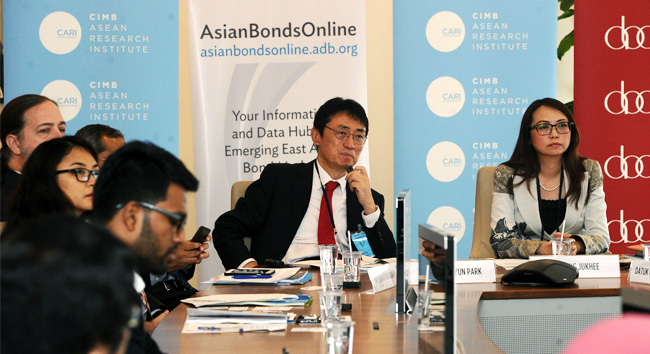 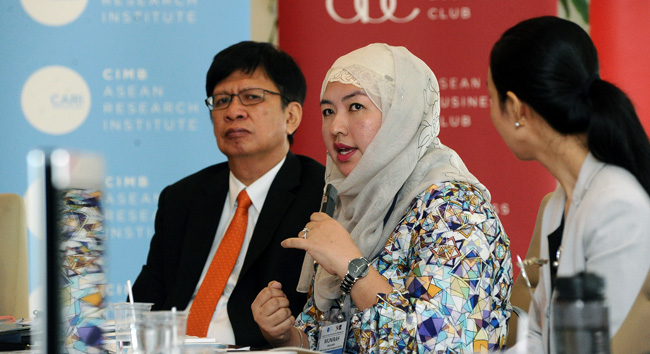 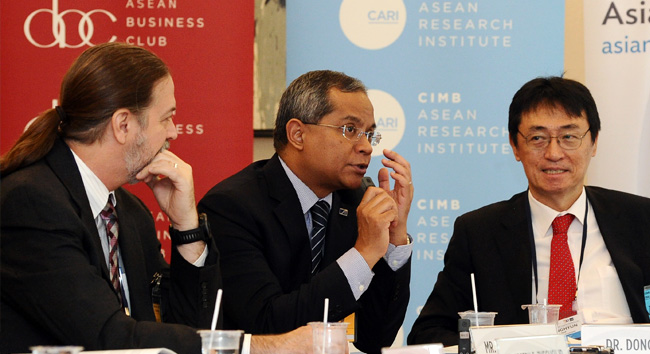 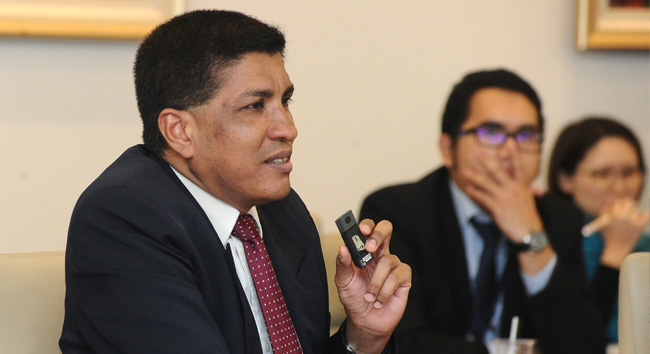 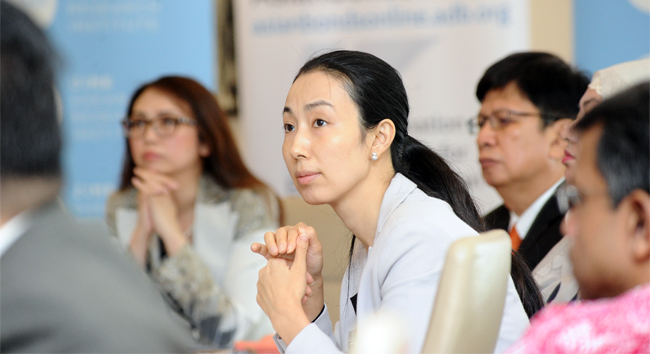 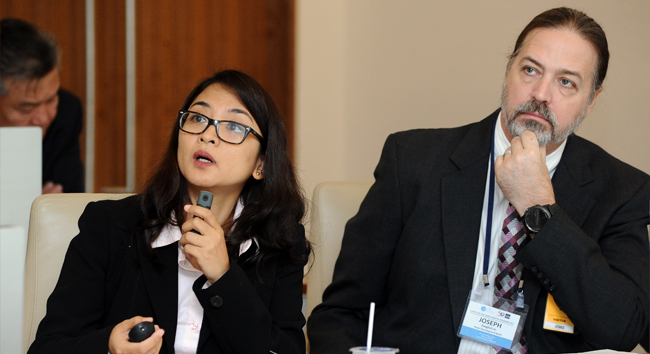 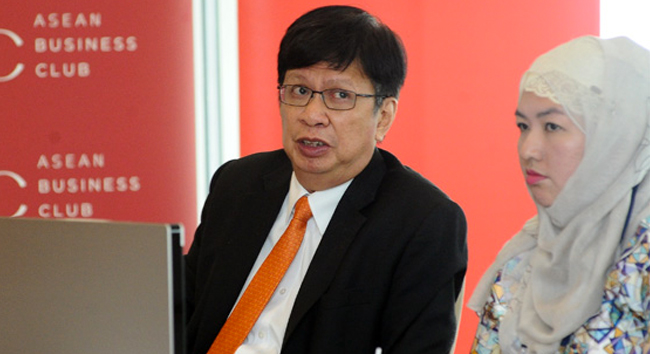 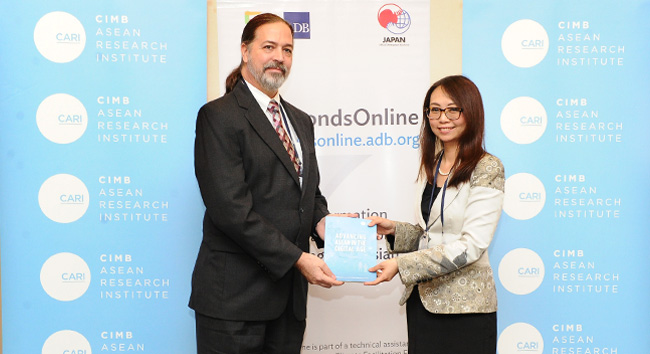 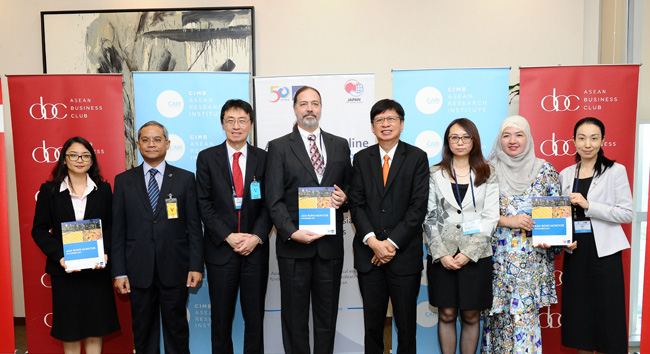 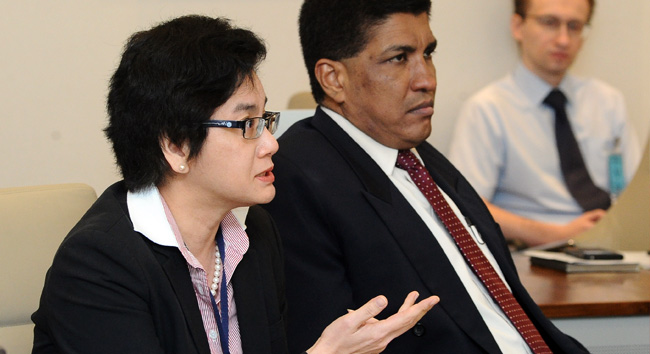 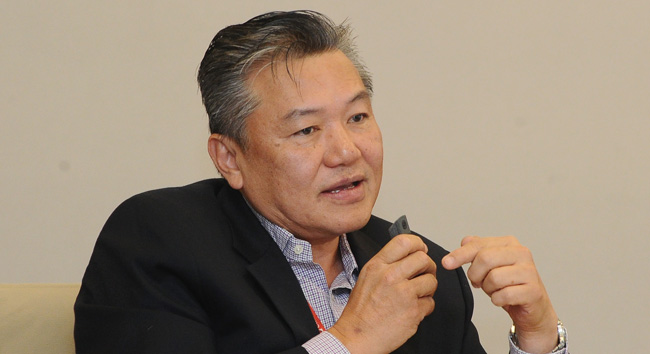 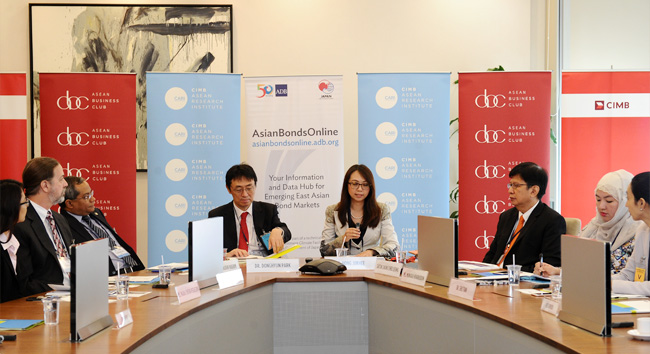 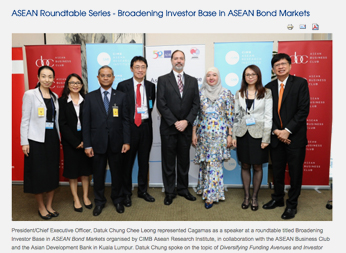 President/Chief Executive Officer, Datuk Chung Chee Leong represented Cagamas as a speaker at a roundtable titled Broadening Investor Base in ASEAN Bond Markets organised by CIMB Asean Research Institute, in collaboration with the ASEAN Business Club and the Asian Development Bank in Kuala Lumpur. Datuk Chung spoke on the topic of Diversifying Funding Avenues and Investor Base –An Issuer’s Perspective. 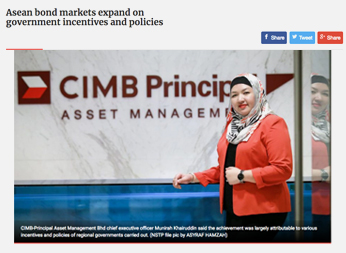 KUALA LUMPUR: The Asean bond markets are growing in tandem with the progress in Asean economies over the past decade with a combined bond market size of US$1.19 trillion in June 2017.

“Among the measures were pertaining to the reduction of withholding tax and improvement in market liquidity, among others, that had positively impacted the markets… 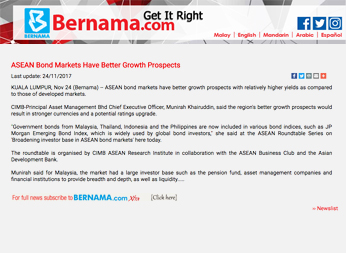